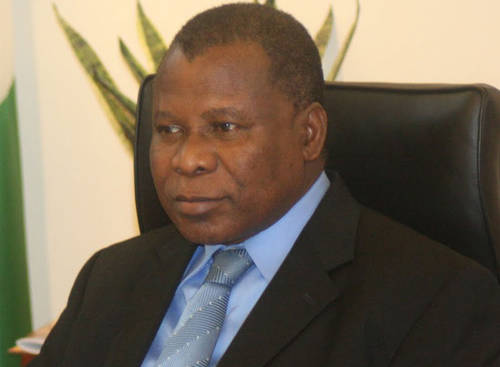 Adebowale Ibidapo Adefuye, a historian who served as Nigeria’s ambassador to the United States, has died in Washington, DC, SaharaReporters just learned.

Mr. Adefuye died at a yet to be disclosed hospital in the US, a source in the US told our correspondent.

Mr. Adefuye was recalled to Nigeria after President Muhammadu Buhari was sworn in as President. He was still waiting to hand over to a new ambassador when he suddenly died today.

A former professor of history, Mr. Adefuye was in 2010 appointed by former President Goodluck Jonathan as Nigeria’s ambassador in the US. An outspoken person and fierce defender of Nigeria, the deceased diplomat tackled critics of Nigeria in the US. He vociferously lobbied against Nigeria’s classification as “a country of interest” in America’s terrorism watch list.

Mr. Adefuye hailed from Ijebu-Igbo in 1947, and studied at the University of Ibadan where he earned his first degree in 1969 as well as a PhD in history in 1973. He also received a Fulbright Fellowship that enabled him to do research work at Columbia University, the University of North Florida, and the University of Florida in Gainesville.

Ambassador Adefuye, who wrote several history texts, taught at the University of Lagos, earning a professorship and heading the History Department 1985 to 1987.

Prior to his appointment to Nigeria’s Embassy in Washington, DC, Mr. Adefuye served as his country’s ambassador to Jamaica (where he was concurrently accredited to Haiti and Belize) from 1987 to 1991. In 1991, he was appointed Nigeria’s Deputy High Commissioner in the U.K., leaving to work for fourteen years as a Deputy Director at the Commonwealth. On leaving the Commonwealth, the former professor accepted a position as an advisor at the Economic Community of West African States (ECOWAS).