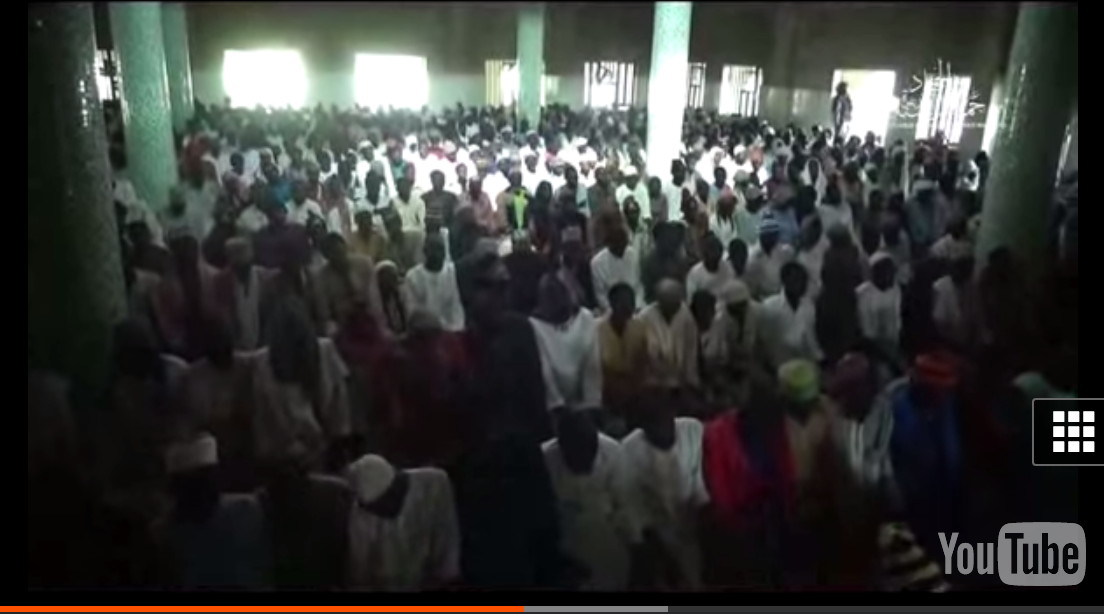 The Nigeria military has described the latest video clip released by the Boko Haram insurgents as a desperate attempt by  a dying sect to remain relevant.

The military, yesterday, in a statement by Brig.-General Rabe Abubakar, Acting Director Defence Information, dismissed the assemblage of worshippers in the video purportedly taken during last week’s eid-el-kabir prayers as a scam.

“The military is not deterred by the photoshop assemblage of worshippers at the supposed Eid-El Kabir prayer which is a replica of the video clip released by the sect in 2014, This has cast aspersion to the credibility of the clip and therefore should be disregarded.” 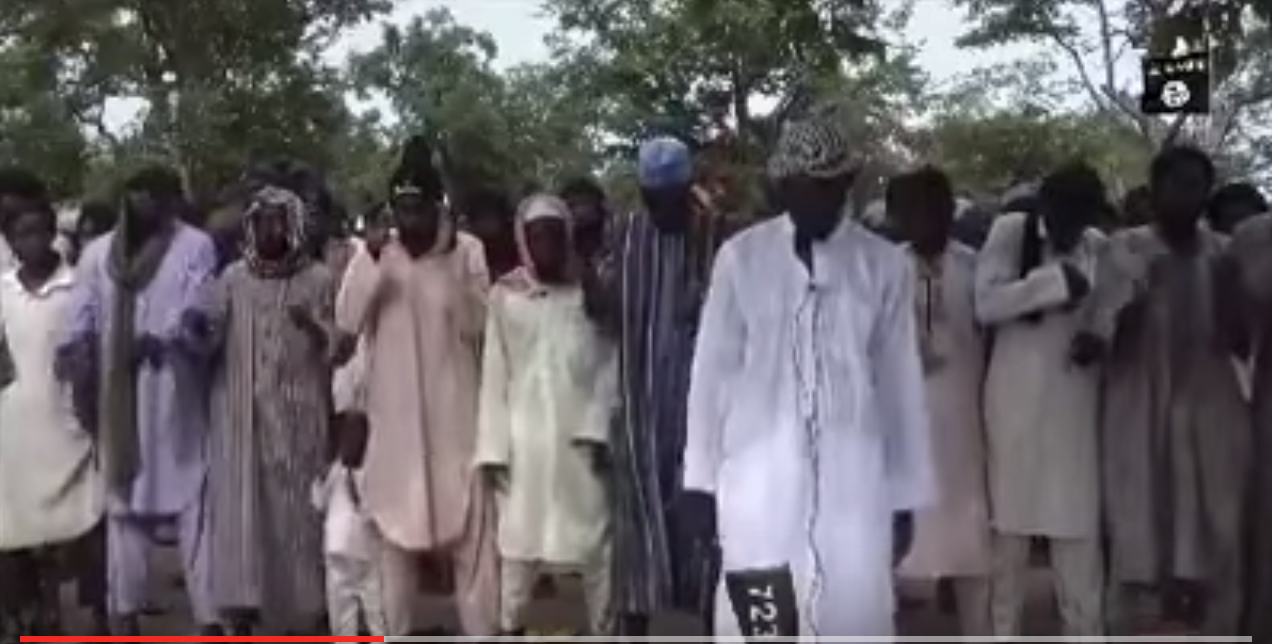 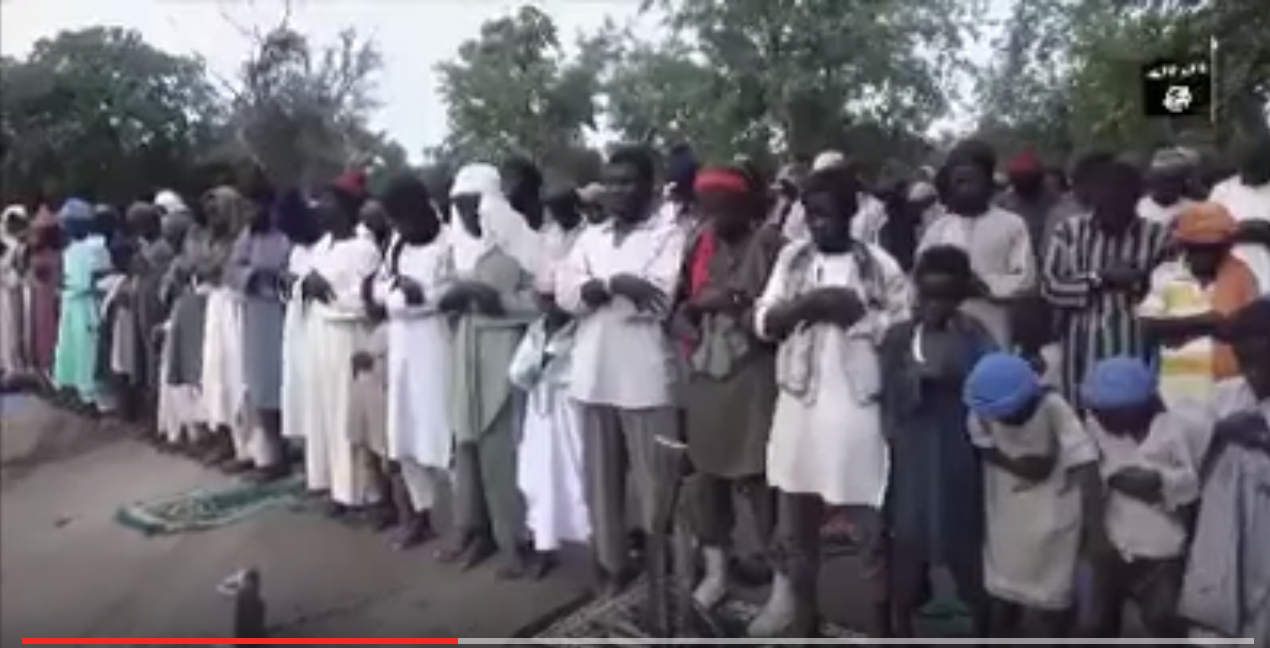 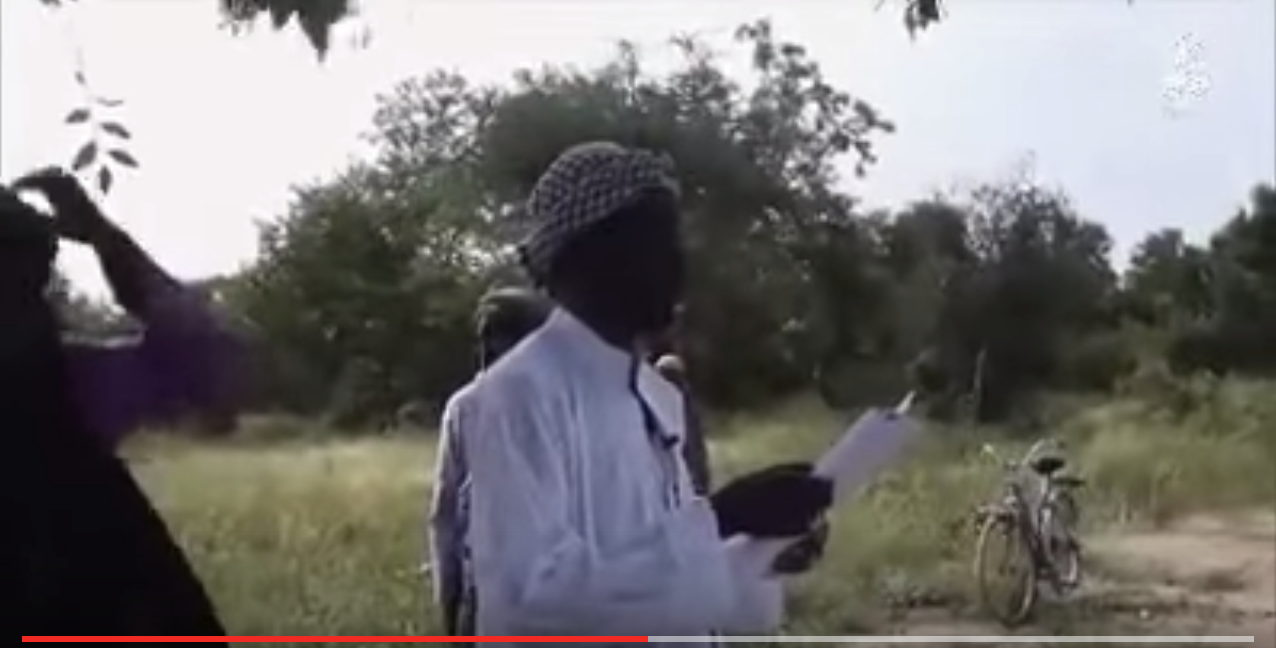 Pictures From Latest Video for 2016

The military said in as much as it would have allowed the ranting of the Boko Haram in its latest video clip to go without formal reaction, “it becomes necessary to make some comments to douse the apprehension of the Nigerian citizens concerning the outburst in the video clip.”

It said the video clip was a complete show of weakness and sign that the end is near for the insurgents.
Abubakar restated the military’s commitment, determination and resilience exterminate

“The Nigerian military is highly committed to making lives unbearable to the enemies of this nation wherever they are and would do all that is required within its rules of engagement to ensure that no part of Nigerian territory is conducive and habitable for insurgents and any other criminals to stay and operate.

The military believes so much in making statement through its action as evidenced in its past achievements rather than making noise in propaganda gimmick as exhibited by the Boko Haram elements in its recent video clip.  Empty vessel, they say, makes most sound.

“All threat to leadership of our nation, military and citizens, should be discountenanced in its entirety as military is capable of further decimating the insurgents and providing security for all. While our operation will continue as planned with many terrorists already surrendering and may captives rescued, we advise all the remaining surviving Boko Haram terrorists to surrender now for their own good. The military wishes to reiterate its commitment, determination and resilience in stamping out Boko Haram and other related criminals across the country.”

The army said Nigerians should not bother about the antics of the degraded sect.

“Meeting their waterloo is surely imminent.  With the support and prayers from the good citizens of our great country the Armed Forces make bold to say that never again would insurgence be allowed to reign supreme in our fatherland.”

Borno State Governor, Kashim Shettima said Boko Haram has adopted the use of video as psychological warfare to sustain its terror act.

Shettima who spoke at a workshop for journalists covering insurgency organized by the Borno State Council of NUJ and 7 Division Nigerian Army Maiduguri yesterday, urged journalists to be wary of such bait which he noted was a terrorism strategy.

He said Boko Haram understood the weapon of media and repeatedly convey its violent activities to the public using the medium of video.

Shettima who was a special guest of honor at the event recalled the suicide attack on the busy Emab shopping Plaza in Abuja where a senior editor of the New Telegraph was killed. “They attacked that Plaza in June, 2014 and Suleiman Bisalla, a Deputy Editor, was one of those killed in Abuja. The same thing happened in Kano when Enenche Akogwu, a reporter and camera man with Channels TV was killed during attacks by Boko Haram on 20th of January, 2012 in Kano,” he said.

Shettima also urged the security agencies and political leaders to build synergy with the media on national security, noting that experiences in the past have shown that journalists were not taken into confidence on issue of security.