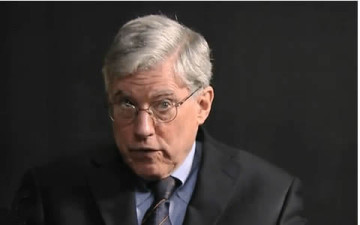 (Warning article as posted in US Council on Foreign Relations)

by John Campbell and Jack McCaslin

Nigerian army spokesmen have announced a series of successes against Boko Haram and that terrorism had been significantly weakened in the Lake Chad Basin. But such announcements lack credibility.

According to the Nigeria Security Tracker, the last two years have been deadlier than any other period for Nigerian soldiers since the Boko Haram insurgency began in 2011. On Tuesday, Boko Haram killed thirty-seven soldiers in a deadly ambush, though military spokesmen claimed only two soldiers were killed. Soon after, videos circulated showing ostensible survivors cursing the Army and Chief of Army Staff Tukur Buratai.

Last Month, Boko Haram released a video showing the execution of a Nigerian soldier and a policeman. Another video showed five kidnap victims pleading for their freedom, and a third extended fraternal greetings to Boko Haram fighters in the nearby states of Zamfara and Niger.

MEDIA BLACKED OUT IN NORTHEAST

The media in the northeast is restricted and military spokesmen lack credibility. They often undercount casualties and inflate the number of terrorists killed. The government in Abuja frequently states that victory is at hand. Hence, accurate information is hard to come by. The reality appears to be that the Nigerian army is able to secure Maiduguri and the larger towns. It has consolidated its forces into fortified bases in these population centers in part to reduce military casualties. It can even clear episodically certain rural districts. But it is not able to retain the territory it clears nor the territory around cities and towns. In this way, insurgents have at times effectively cut off ground travel to these cities and towns from the rest of the country.

Buratai appears to recognize this reality. In an interview with Nigerian media, he commented that Boko Haram was hard to defeat because its operatives were blended into the population. He suggested that defeat of the jihadi insurrection could require many years. But, the frequent disconnect between official statements and the reality on the ground continues to undermine confidence in the military.