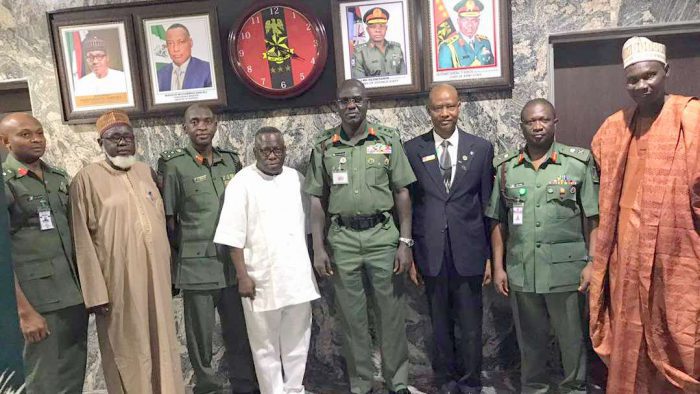 The Nigerian Army said on Thursday that it was studying the report of a special panel that investigated allegations of human rights abuses against the army.

The panel headed by a retired major general, A.T. Jibrin, submitted its report to the Chief of Army Staff, Tukur Buratai, on Wednesday at the army headquarters in Abuja.

Speaking on the report, Army spokesperson, Sani Usman, said the army would take appropriate action on all the recommendations after studying the report.

The panel was set up by the army on March 8 in the aftermath of an Amnesty International report which indicted the army of extra-judicial killings including those of Biafra protesters in the south-east, Boko Haram suspects in the north-east, and Shiites in Kaduna in December 2015.

The army, however, indicated the panel would not investigate the globally condemned Shiite killings of over 340 people, when it asked the panel not to probe or revisit cases of abuse that had been investigated by state governments or the National Human Rights Commission.

The Kaduna State Government last year investigated the Shiite killings that led to the death of at least 347 Shiite members who were accused of blocking a road that was to be used by Mr. Buratai.

Although the Kaduna panel recommended the prosecution of the army officials involved in the killing, the state government dropped that recommendation in its white paper released on the investigation.

Nobody is, therefore, being prosecuted for the killings.