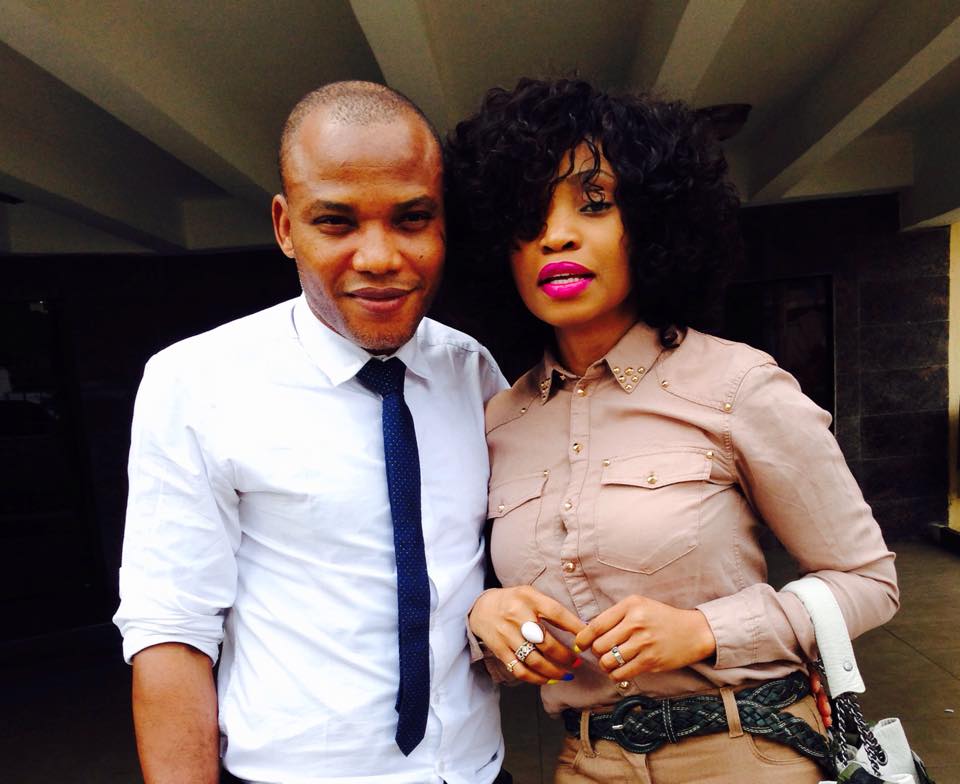 One of Nigeria’s most eagerly anticipated trials was finally due to reconvene on Tuesday. The only problem was that the main defendant was nowhere to be seen.

Nnamdi Kanu—a separatist leader calling for an independent state of Biafra in southeast Nigeria—was due to appear at the high court in Nigeria’s capital Abuja to face charges of treasonable felony.

But Kanu, who heads the Indigenous People of Biafra (IPOB), has not been seen in public since a purported raid by Nigerian security forces on his home in mid-September. And those close to him fear the worst.

Kanu’s wife, Uchechi Okwu-Kanu, wrote to Newsweek earlier in October to say she was sure that her husband had been killed and that the Nigerian government was covering up his death. The separatist leader’s lawyer, Ifeanyi Ejiofor, said on Tuesday that he did not know whether his client was dead or alive and had not seen him since the alleged raid on Kanu’s home in Umuahia, southeast Nigeria, the BBC reported.

A wall at the family home of Indigenous People of Biafra (IPOB) leader Nnamdi Kanu features a painted flag of the former Republic of Biafra and holes purportedly caused by bullets, in the city of Umuahia, southeastern Nigeria, on September 27.ALEXIS AKWAGYIRAM/REUTERS

The Nigerian military denied that the raid—which Kanu’s supporters say happened on September 14 and resulted in some 20 IPOB members being shot dead—ever took place and have said that Kanu is not in their custody.

The trial has been adjourned until November 20, with the court ordering Kanu’s team to produce him on that date. But the IPOB leader’s continued absence is threatening to escalate tensions in southeast Nigeria, where Kanu’s biggest support base resides. Read full in NewsWeek