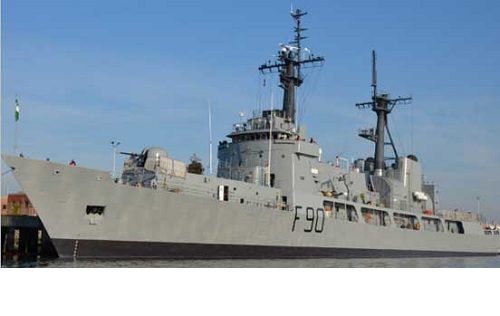 Defence authorities say they are matching their worries on growing oil theft in the Niger Delta, through which the nation losses about 150,000 barrels a day, by stepping up the fire power of the Joint Task Force to contain the economic crime.

Experts say the crime costs the nation not less than $4.5 billion annually.

The Chief of Defence Staff, Air Chief Marshal Oluseyi Petinrin, who handed in 10 new gunboats to the JTF, Friday in Port Harcourt, expressed these sentiments to JTF Commander, Brig.-Gen. Tukur Buratai, urging him to to use the boats effectively by ensuring that they were manned by capable hands.

Buratai said the gunboats would “boost the operations of JTF and marine security to fight oil theft in the Niger Delta, [and that] the oil thieves will certainly face rough times with this.”

Mr. Peterin said since the boats were locally built, it meant kudos to the national spirit which expressed faith in local technology and in the creation of job opportunities for citizens.

He did not disclose concrete numbers but said funds used for the purchase of the boats were initially meant for repairs of unserviceable, imported patrol craft in the JTF holding.

“During negotiations for the repairs, it was noted that the cost of repairing a patrol boat could be routed to acquiring locally built ones whose operational reliability would not be in doubt,” Mr. Peterin.

“Based on the foregoing and the express permission of the Commander in Chief, the DHQ decided that new boats were to be built.

“Today, we are commissioning these new boats for enhancing the security of our maritime environment. I urge Nigerians to be patriotic and desist from such acts that will be detrimental to the wellbeing of the nation.’’

Gov Chibuike Amaechi of Rivers State inaugurated the gunboats, and said they would relieve the operational problems faced by JTF.

“As you are aware, our beloved country is facing multiple security challenges, particularly in the maritime environment…have been a source of great concern to the Federal Government, especially the members of the armed forces, who have invested a lot of efforts in curbing this undesirable trend.’’ he said.
NAN Link: http://premiumtimesng.com/news/99394…ger-delta.html