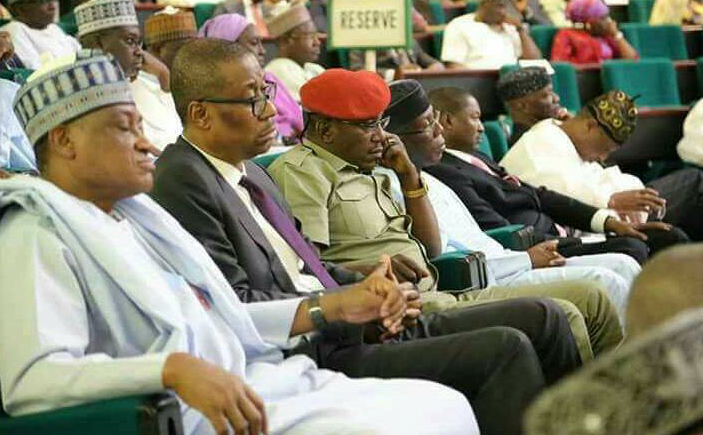 Ministers of the Buhari administration were seen on TV and captured in images falling fast asleep during the recent 2017 budget presentation.

With loud snores and in deep sleep, the ministers were captured almost falling off their chairs.

Perhaps the tediousness of preparing their department budgets caused this or some suggest that they are weary with the trying state of the economy. Others however blame the tse-te fly. “It must be an epidemic,” Kayode Ojo said, “they were bitten.” 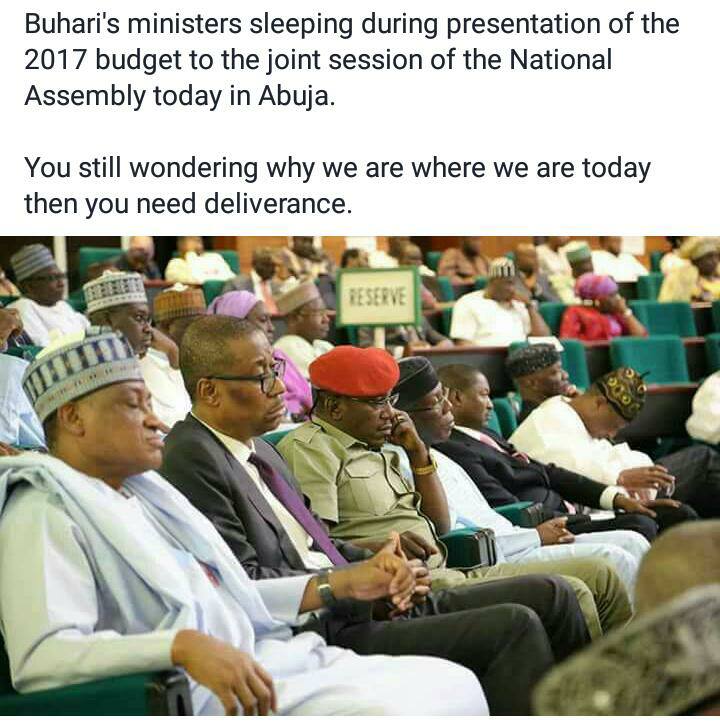