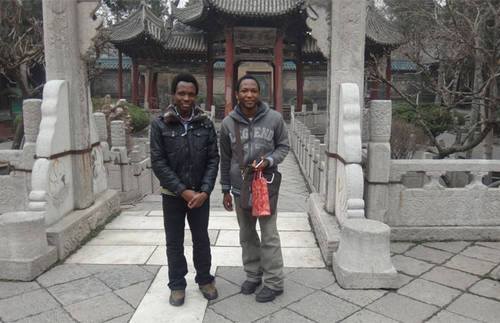 Nigerian Muslims express sorry, anger, grief and frustration over the reported killing of Nigerian Muslims. The murder of Sheikh Ibrahim Zakazaky’s son with 10 more Muslims and reported extra-judicial killing of two more of his sons, arrested by officers of the Nigerian army in Kaduna yesterday during a Shiia Muslim procession, has provoked outrage over the media and from Muslim organisations.

Reacting, the Muslims Against terror organisation issued a firm condemnation of the brutality:

We the Muslims Against terror organisation issue a stern condemnation of the wanton acts of extreme police brutality and intimidation of Muslims in the country. The murder of innocent, peaceful Muslims in usual annual procession Yesterday in Kaduna has no logical explanation and no place in humanity and in Nigeria at a time like this. We fail to see any reason for the troops to have ‘lost patience’ as it was reported and suddenly opened fire on our brothers in peaceful procession. Killing many and arresting others to be intimidated and summarily executed. This provocative madness has no explanation or justification. We empathize with Sheikh Ibrahim Zakzaky at these trying times and pray Almighty Allah(s) has mercy on him and his family as they bury and mourn their children.

The Muslims Against Terror raised the alert to Nigeria three weeks ago in our Press Relsease and notice from Chief Imam of the Central Mosque in Aba, Idris Bashir, when our members went to Aba and witnessed the arrest and harassment of all Imams in the state by members of the state security services. Two Imams were detained further for an entire two weeks and just released this week, without charge! We are increasingly appalled by the extremist nature of the Nigerian security department under the current administration. While maintaining and urging all Muslims to be patient in the face of increased persecution by members of the administration, we strongly rebuke those in charge for frustrating our efforts discouraging acts of extremism by intentionally provoking anger and tension in Nigerian communities. This is what Boko Haram wants. By so doing, the Nigerian government is pandering to the wishes of Boko Haram and pursuing a cause to lead to fragmentation, friction, terror and destabilization of Nigeria.

We urge a full and honest investigation into the attempted murder of two prominent regime critic, senior citizens in Kaduna this week. We are grateful to our Creator, the Almighty Allah(s) that General Muhammadu Buhari escaped as well as Sheikh Dahiru Bauchi. We urge the federal government to ensure adequate protection for its friends as well as its perceived opponents and critics. Buhari is a friend of Nigeria and progress in the nation, as is Sheikh Dahiru Bauchi. Criticism should be seen in constructive light and opposition is a part or progress, challenged and cultivated by divergent thought.

We urge patience and tolerance by all Nigerians in the face of increased hardship, persecution and security. Indeed Allah(s) promises that after every period of hardship, there is ease. A time of ease will follow this period of hardship Insha Allah.

Other Muslims and witnesses of the Kaduna processions commented,

Ibraheem Waziri: They always have permit for their processions. The right question is why the government gave them permit to hold a widely publicised procession that yesterday?

Lawal Abdullahi: The assault only shows how much the life of a Muslim mean to the military under Goodluck Administration.Every Muslim must rise up and speak out against this ugly trend. Their is a systematic conspiracy to undermine the life and interest of Northern Muslims in this administration.

Zainab Usman: A totally unavoidable tragedy. I am totally speechless. The bigger tragedy is that we are like sheep without a shepherd, headless, helpless and directionless. All we can do is pray, that’s all it seems.

Ibraheem A. Waziri: I just didn’t like it that soldiers have killed many Shi’ites yesterday. I was locked in the traffic around PZ as at the time the incident. I was close to the roundabout where exactly the killing took place. I even heard the gunshots. It was only that I had no idea what was happening at that time. All of us around were struggling to find an outlet and run with our dear lives including our vehicles. Whatever happened that resulted in this clash left the Shi’ites calmer and most organised. They were all at the other roundabouts along the long road from PZ to TudunWada to Kofardoka managing the traffic. Some en mass where trouping to PZ obviously to control the situation and provide a shield for their brothers.

I am yet to have the details about why the army took the actions they did that yesterday but I will love to. I understand that as I am posting this, Sheik Ibraheem Al-Zakzaky is also preparing to deliver a press conference regarding the matter. We are home and all those around me are advised to stay home until after the press release and what may come after.

These are indeed trying times for Sheik Zakzaky and the Shi’ites. These are trying times for other Muslims who nearly lost Sheik Dahiru Bauchi only day before yesterday. These are trying times for Nigerians who nearly lost General Buhari day before yesterday. May the souls of the three Zakzaky’s children rest in perfect peace. May the souls of the other Shi’ites killed, rest in perfect peace. May AlJannah be their final abode. May Allah drag us out of these pits of dangers and uncertainties. May the agents of destruction – whoever they are – be tried in the circumstances that God deems fit for them. For He knows best how to deal with the terror that marks His ordained and loved servants!