Five persons were on Friday arraigned before a court in Kano over last week’s killing of a trader on allegation of blasphemy.

The killing of Bridget Agbahime by a mob at Kano’s Kofar Wambai Market sparked national outrage.

Police said she was accused of blaspheming the Prophet Mohammed of Islam before being clubbed to death.

President Muhmmadu Buhari and Governor Abdullahi Ganduje of Kano have condemned the attack, and have demanded the culprits be brought to justice. 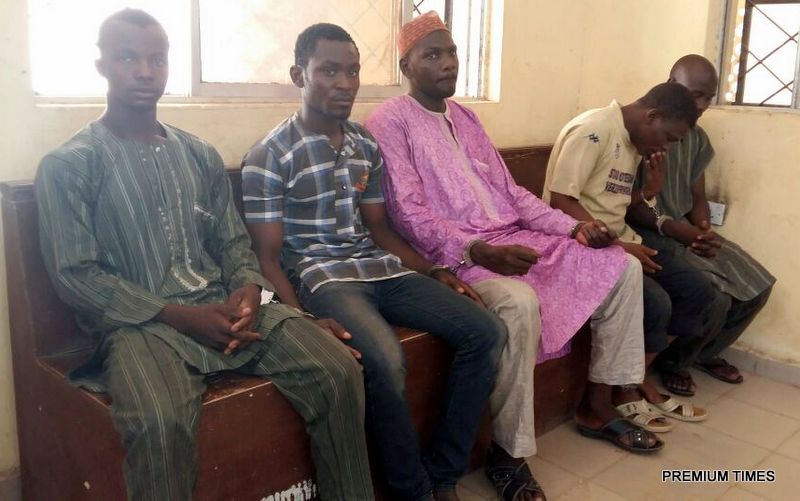 The suspects were charged with incitement, culpable homicide and mischief, based on sections 144, 80, 51 and 327 of the penal code.

Dauda Ahmad, who is the prime suspect, was accused of leading others to attack and hack Mrs. Agbahime to death.

If found guilty, Mr. Ahmad could face the death penalty.

At the court, the prosecutor, Dauda Jibrin, said on June 2, at about 4PM, Mr. Ahmad, the prime suspect, went and held the hands of Mrs. Agbahime and slapped her severally on the face before shouting Allahu Akbar with the intent to caused religious upheaval.

He said as Mr. Ahmad shouted Allahu Akbar, Abdullahi Mustapha, Zubairu Abubakar joined him, while others at large, including Salawiyu, Ibrahim, Dini, Isiyaku Mada, Mallam Sani and Yunusa Sufi, also accompanied them to Mrs. Agbahime’s shop located on the first floor, where they beat her with sticks causing serious injuries that led to her death.

Two of the suspects pleaded not guilty to the four charges, while Abdullahi Mustapha and Zubairu Abubakar said they were not even at the scene of the incident.