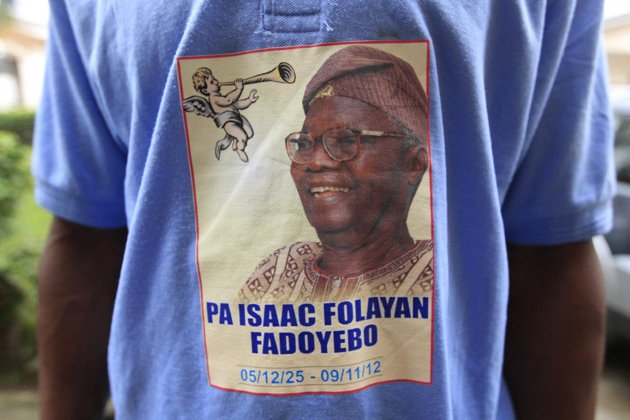 Yahoo: LAGOS, Nigeria (AP) — At 16, Isaac Fadoyebo ran away from his home in southwest Nigeria and signed up to fight for Britain in World War II, a decision made from youthful exuberance that saw him sent to Burma to fight and nearly die.

Courage and luck kept him alive behind enemy lines as local farmers protected him for months until the British broke through and found him. When he returned home to Nigeria, his story and those of his fellow veterans largely fell away from the public’s mind as independence swept through the country and a devastating civil war and political unrest later followed.

Fadoyebo, who died in November at the age of 86, represents one of the last so-called “Burma Boys” in West and East Africa. On Thursday, his family and friends gathered for a final worship service and celebration of his life, as new attention has been paid to his sacrifices and those of other Africans drawn into the fighting.

“There was this allegiance to the British; we would sing ‘God Save the Queen.’ … Those who joined the war then were of course celebrated as heroes, not as we were celebrating them now,” said Elizabeth Adenike Ajayi, a daughter of Fadoyebo. “But like much of Africa’s history, there wasn’t an attempt to get the history from the perspective of the Africans.”

Fadoyebo served as a medical official in the Royal West African Frontier Force, a military comprised of Britain’s then-colonies of Gambia, the country that would become Ghana, Nigeria and Sierra Leone. Coupled with recruits from Britain’s eastern colonies as well, authorities recruited some 500,000 Africans to fight.

Shot in the leg and chest in battle, Fadoyebo drew the attention of Japanese soldiers who approached him with bayonets on their rifles. However, they left him alone, likely believing he’d succumb to his serious wounds. He survived, crawling to a fellow soldier still alive from Sierra Leone. Villagers later took them in and protected them for months, even though they could have been killed for aiding the African soldiers, according to accounts from him and his family.

Fadoyebo returned home to Nigeria, still then a British colony despite a growing call by nationalists for the nation’s independence. Soldiers who took part in World War II from Ghana later sparked the 1948 Accra riots, the start of the nation’s march toward independence. However, their Nigerian counterparts largely faded back into normal life as the nation gained its independence from Britain in 1960.