There has remained exemplary calm, tolerance and empathy from Nigerians in the North, West, South South and indeed a majority of victims in the plagued East who have been terrorized from conducting their business, visiting hospitals, traveling and conducting other essentials of daily living by Radio Biafrans.

In spite of Radio Biafra using its media waves and channels over the past three years to spit insults of all degrees and death threats on Nigerians, calling them animals in a zoo and promising to kill them and burn the nation down, as arrested Radio Biafra leader, Nwannekaenyi Kenny Okwu-Kanu who goes by the alias, Nnamdi Kanu is well known to have done continuously, Nigerians have not retaliated verbally or by actions.

Nnamdi Kanu and his followers resorted to name calling, describing Nigerians, particularly northerners and other Muslims and the president as “uncircumcised,” and though the name calling portrayed the level of ignorance of the group of “miscreants” as they were called by a former president, as the world Muslim belt is actually 80-100% circumcised with Muslims being the most consistent group with the highest level of circumcision, the vile group remained virtually ignored. 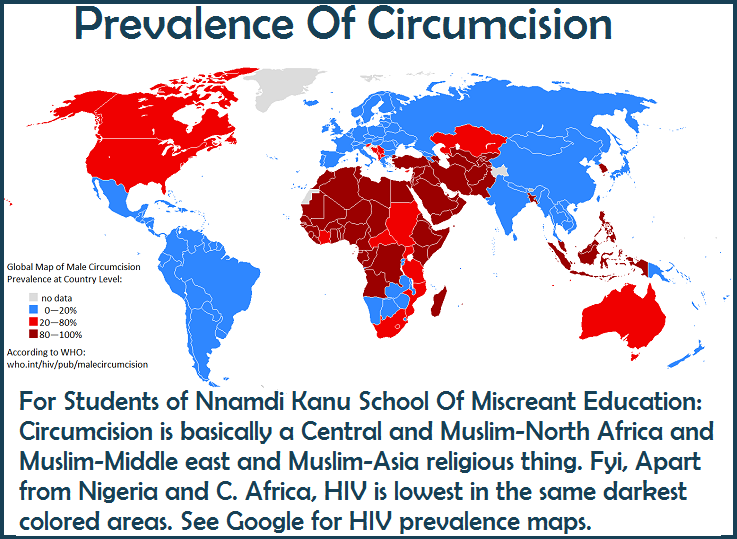 Nigerians have largely ignored the verbal terrorism from the seditious youth group and radio station that operates out of London.

A more desperate radio station-led terror cult has upped its antics, moving to more violent methods including blocking major highways in so-called protests and has brutally attacked and killed Nigerians in Port Harcourt and Onitsha, but yet has failed to provoke foul reactions or so-called “reprisals” from Nigerians.

Indeed opposite to the desires of Radio Biafrans, desperate to provoke n Igbo exodus from other regions, the apex northern group, Arewa’s youth forum promised to protect their “brothers” South Easterners and their assets in the north.

Likewise virtually all notable leaders of thought and socio-cultural and political leaders in the South South and South East have dissociated themselves from the agitator death-cult and fully denounced their activities.

The latest attacks and acts of cowardice by the Radio Biafra agitators included the burning of six loaded Dangote trucks and the Central Mosque in Onitsha and murder of a soldier and at least one civilian, by the group who seem eager to give their leader, Kanu “blood to drink;” but these provocations like the rest apparently are destined to fail in their ploy to instigate reactions from Nigerians who are leaving it up to the security agencies to quell the suspects who by virtue of their timing, are sponsored by the recently defeated PDP party of Goodluck Ebele Jonathan who radio Biafra director supported and called his “Igbo brother.”

The world watches to see the next move of the “Biafra or death” cultists and what levels they may atteempt to take their provocation to.