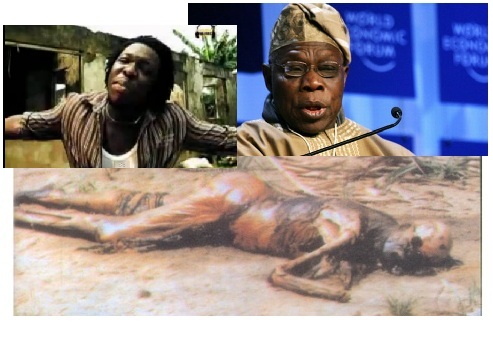 NewsRescue– Nigerians seeking justice have launched a call requesting the investigation of a two time past president of Nigeria, General Olusegun Obasanjo, for “crimes against civilians”.

The petition sent to us from their page on Change.org levies very serious attack against the former president, Obasanjo in the deaths of over 2000 citizens of the Odi town in Bayelsa state Nigeria, native state of the present President of the country, Goodluck Jonathan.

According to that event, after a fracas, during which Odi youth reportedly killed 7 investigative police sent to the community, the then president of Nigeria in the typical behavior of brutal African regimes, ordered the extermination of the entire town, even before a two week ultimatum for the governor to produce the culprits had expired.

In 2008 Nigeria’s Abuja Magistrate court ordered Inspector of police, Mike Okiro to investigate Obasanjo for the Odi, Bayelsa State and Zaki Biam, Benue State killings which occured between 1999 and 2001. But this was apparently never done. Link: http://allafrica.com/stories/200805160323.html

Citizens are now seriously raising this call. You can click on this link to see the petition:

Details of the petition are below:

Nigerians For Justice: Investigate Pres. Obasanjo For 1999 Odi Massacre: Sign The Petition To Try Obasanjo in Local and International Court

On November 20th, 1999 the Nigerian government of General Olusegun Obasanjo was reported to have launched an attack against the 60,000 inhabitants of Odi community in Bayelsa state, Niger Delta oil explored region of Nigeria. 2000 troops in 27 five ton vehicles, four APC’s, three 81 mm mortar guns, two 105mm Howitzer’s, were used to shell the unarmed citizens of Odi town. It was described as one of the most horrendous atrocities in human history as 2,483 people including men, women and children lay dead and the entire town, burnt and deserted, people, livestock and livelihood. An entire people was punished by a brutal regime for the acts of a few criminals, as some see it, in an unthinkable, genocidal establishment of ‘order’ via intimidation in protection of big oil interests.

From Pointblank news: “…It was also an operation clearly aimed at protecting crude oil interests. T.Y Danjuma makes it clear: “This Operation Hakuri II was initiated with the mandate of protecting lives and property – particularly oil platforms flow stations, operating rig terminals and pipelines refineries and power installation in the Niger Delta.” Thus in the process of protecting crude oil interests, the first aim which was to protect lives and property was jettisoned….”

Since the episode in 1999, several calls have been made for an investigation into the excesses, as the president referred to it, of the Nigerian army under directive of himself, president of the Federal republic and commander in-chief of the armed forces, Obasanjo, and tears have been shed and songs have been sang, however the president is yet to be tried for the reported crimes against humanity.

But it is time. The ‘blanket of silence’ will now be raised, Nigerians with our friends of justice around the world, refuse to be objects without rights and recourse. The living will fight for justice for the dead, as the justice we seek now, will serve as a reference point and turning stone for the actions of the leaders of the future. Your signature, your action, your spreading this message brings the world a step closer to order, decency, purity and sanity. Who will fight for us if we don’t fight for them? Obasanjo can and will be brought to court.

Read about the massacre: http://www.eraction.org/publications/silence.pdf

The following images are from an expansive document, an environmentalist groups account of the incident at Odi:

A Blanket of Silence: Images Of The Odi Genocide 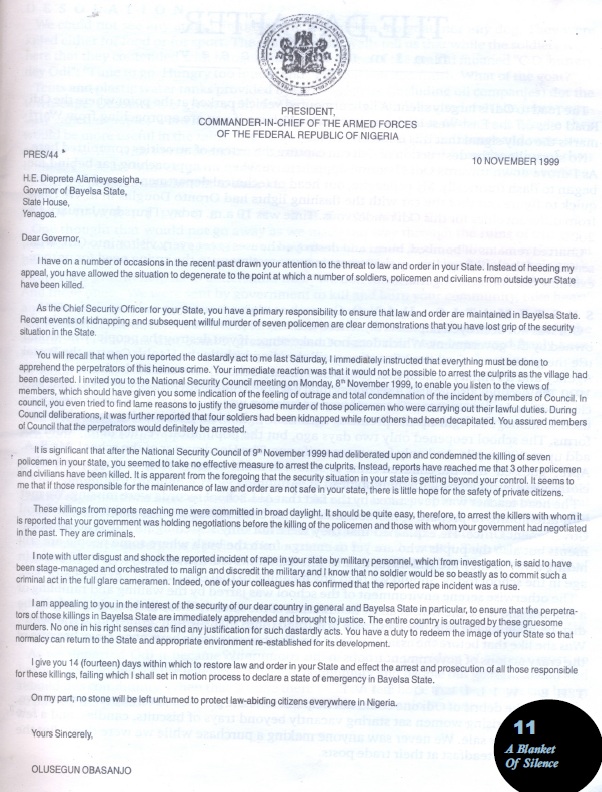 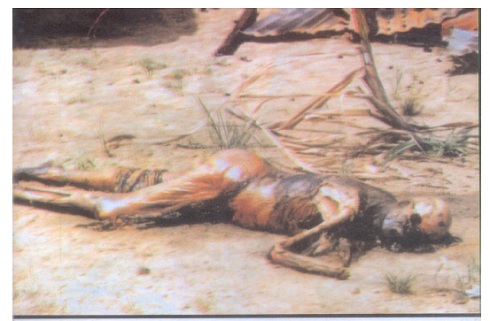 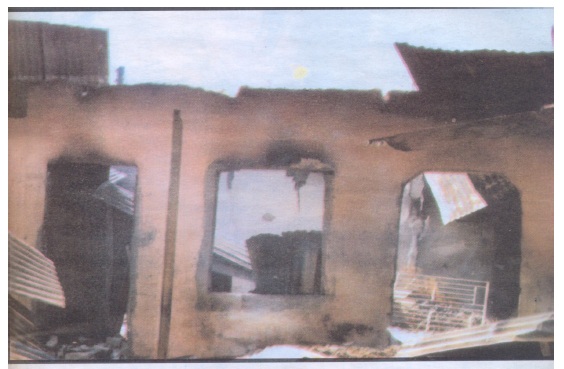 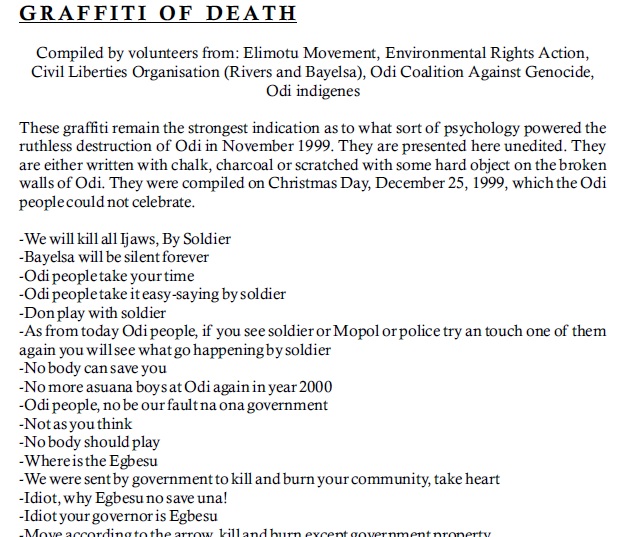 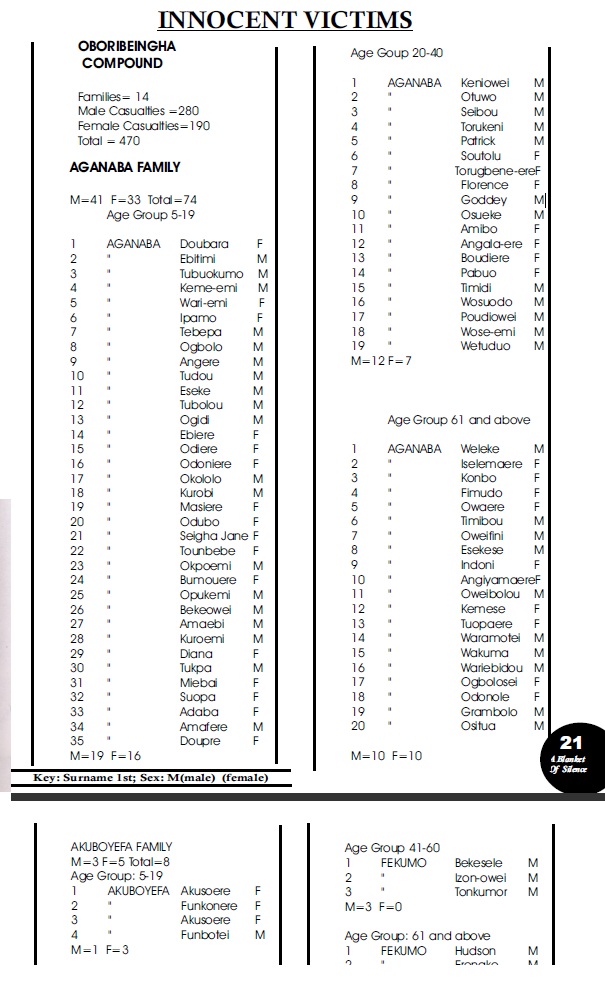 You can click on this link to see the petition: