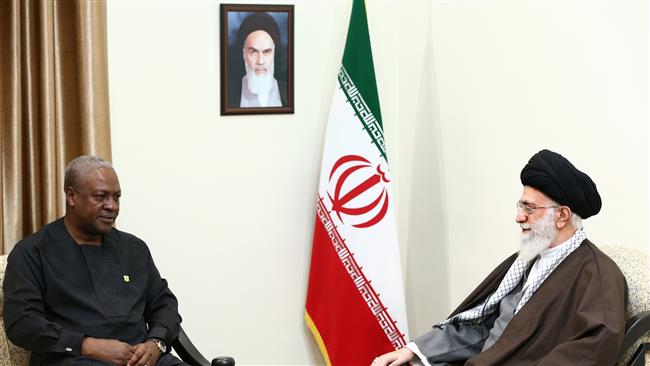 President John Dramani Mahama of Ghana has said that Nigerians and other citizens of African countries must obtain visas as from July before they will be allowed to enter Ghana.

He said this in his State of the Nation address to mark Ghana’s 59th independence anniversary on 6th March 2016, adding that visas would be issued on the arrival and with the option 30 days stay.

However, Mahama’s pronouncement had been generating discordant tunes, especially among diplomats and seasoned economists who thought that the policy would negate the bright idea of the Economic Community of West African States, ECOWAS.

The Economic Community of West African States (ECOWAS) is a regional group of 15 West African countries, founded on 28 May 1975, with the signing of the Treaty of Lagos, its mission is to promote economic integration across the region.

But with Mahama’s new visas policy, a Media/Communications Consultant Mr. Paul Ejime is of the opinion that it might slow down the international trade between Ghana and other African countries.

According to him,  the 15-nation Economic Community of West African States (ECOWAS) founded in 1975 deserves commendation for its 1979 flagship Protocol on Free Movement of persons, goods and services, rights to Establishment and Residence, which guarantees community citizens, a free-visa entry and stay in countries other than their own for 90 days at first instance.

“In spite of its imperfections, the implementation of this protocol is a major stride towards regional integration and makes ECOWAS the only Regional Economic Community (REC) with a free-visa regime.

Meanwhile, the AU Commission Chairperson Nkosazana Dlamini-Zuma has lauded Ghana’s visa-on-arrival plan, expressing the hope that “many other African countries will follow suit, in the interest of achieving an integrated, prosperous and peaceful Africa.”