Mixed emotions were evident as members of the Christian community in Niger gathered for their services on Sunday, Jan 25, 2015. Some were full of joy to get back to church; others could barely hide their sorrow.

A week ago, the church bells remained silent. Ten people died during that weekend; more than 70 churches were destroyed, along with numerous Christian schools and organizations, including an orphanage. Over 30 Christian homes were believed to be looted and burnt down. Those affected say the violence left them with “only the clothes on our backs”.

It was significant for churches to resume their services of praise and worship, the President of the Evangelical Alliance in Niger (AMEEN) Rev Kimso Boureima told World Watch Monitor.

“It was important because a Christian who lives alone is not strengthened in his faith. As the Bible teaches, we are encouraged when we’re together… It’s also an occasion to show the ability of the Church to face trials, because after what happened Christians are in great need of spiritual support”.

Local sources reported that many churches across the capital set up tents and chairs to hold their services. The worshippers sang, prayed and encouraged each other, some having to stand the whole time.

In the far south-eastern city of Zinder, where the vioence started on Friday 16th, there was also a strong desire to overcome fear and to move forward – despite uncertainty about the future, particularly from some who lost their properties.

“The messages of exhortation have encouraged Christians in their faith, in order to move forward. Because, as the Bible says, we don’t have “a spirit of fear and timidity, but a spirit of power and of wisdom”, said Rev. Boureima.

“Certainly this is a great trial, but Jesus promised that he will be with us until the end of time. That’s why it was necessary to bring our people back to the Scriptures, and let them apply those Scriptures in their lives, despite the difficulties of the moment.”

The Sunday services were full of emotion and sorrow; some worshippers burst into tears. There was also fear. But it was later somewhat dissipated by the presence of police near various places of worship, which helped to reassure the congregations.

The anti-Christian violence, condemned by the authorities and the Islamic Council of Niger among others, had come as a surprise in this Sahel country. It’s been known till now for its relatively peaceful religious cohabitation, even though more than 98% of Niger’s 17 million inhabitants are Muslim.

The motive for the protesters was said to be anger at the presence of Niger President Mahamadou Issoufou in Paris, along with five other African Heads of State, on Jan 11, 2015. The issue of the magazine ‘Charlie Hebdo’, showing the Prophet Mohamed weeping, reinforced this anger and triggered the protest, which quickly turned into anti-Christian violence.

Still, Christians in Niger had “nothing to do with ‘Charlie Hebdo’”, observe many Nigeriens, who expressed sympathy for their minority Christian community on social media. One called young Muslims to join Christians to clean up and restore their places of worship and their properties.

The anti-Christian violence is the expression of a growing intolerance in Niger society, aggravated by the rise of Islamism, note analysts.

From the 1990s Niger’s socio-cultural landscape has changed dramatically, with some radical Islamist groups advocating a rigorous interpretation of Islam, opposed to the tolerant form of Islam widely known in Niger. Izala, the most active Salafist group in Niger, came from neighboring Nigeria.

Protesters’ actions in Zinder (c.100km from the Nigeria border) reminded locals of ongoing Boko Haram violence there. Protesters attacked the symbols of the West, including the French Cultural Centre, and burned down the French flag. The black and white jihadist flag was said to be seen flying in Zinder, something never seen in Niger before. The Christian minority, often associated with Westerners, became a primary target.

Anti-Christian violence has increased sharply in Niger in recent years, from one incident in 1998 and two in 2000 – both in Maradi, also close to the Nigeria border. The latest violence is seen as history repeating itself: in September 2012, a protest against the American film “The Innocence of Muslims” served as a pretext for ransacking three churches in Zinder.

The phenomenon of growing Islamism in Niger was recognised in constitutional changes in 1991 and 1996, as several radical groups campaigned for the introduction of sharia law in Niger. Today, more and more women are veiled, amidst a cultural transformation unknown by Nigeriens some years ago.

Related excerpt on Izala Infiltration of Niger Republic: US Cables

NOTE: Souley noted that more than fifty Saudi and Pakistani preachers passed through Maradi in 2006, heading into the interior to preach. END NOTE Maradi Provincial Chief Ali Zaki, who seemed generally tolerant of Izala, stated to Poloff on May 13 that the GON and the chiefs would not tolerate any preaching that inspired violence or hatred. His counterpart Abdoul Kadre Amadou Issaka, Canton Chief of Kantche (Zinder), was more explicit in a May 12 meeting: Nigeriens returning from studies in Nigeria must abide by traditional rules, he said. Izala preaching is not allowed. Though he had not yet had occasion to do so, the Chief of Kantche noted that he would ban Izala preaching or refer it to GON authorities if he heard of it. Source: Wikileaks Cable Dated 2007; https://wikileaks.org/plusd/cables/07NIAMEY739_a.html 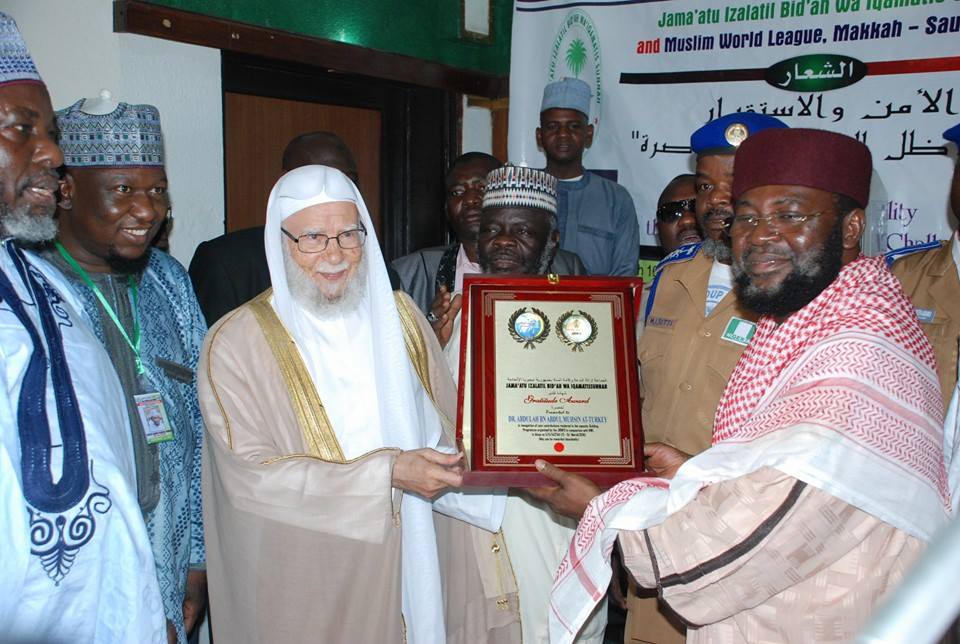 For many, the Jan 16-17 attacks are the direct result of social and economic malaise fuelled by widespread poverty. Despite its mineral resources – uranium and, more recently, oil – Niger is one of the poorest countries in the world. Opposition parties, calling for a demonstration a day after the anti-Christian violence, accused President Issoufou of not doing enough to address youth unemployment, corruption and so on.

WWM has learned that most of the Jan 16-17 demonstrations offered an opportunity to unemployed youths – known locally as ‘idlers’ – to attack Christian properties and places of worship, seen as easy prey. They moved in small groups, looting before setting fire to their targets.

Stolen objects and personal items were reported to be seen at Katako, a popular market in the capital Niamey – where nearly everything can be bought or sold, regardless of origin.

The fragility of the state

The violence also revealed the inability of the security forces to ensure the protection of Christians and their properties. In Niamey, ‘protester-looters’ operated across the city on motorbikes, in cars, and often by taxi, without facing any resistance from security forces.

Various sources told WWM that there were no forces around the capital’s main churches – except the Catholic Cathedral, where a heavy police presence meant it was one of the few to escape attack.

In Zinder, some pointed to a lack of action by local security forces, after messages calling for a demonstration after Friday prayers circulated widely – principally via phone texts – on Thursday, Jan 15.

In both Niamey and Zinder, the violence appears to have been well planned and executed.

“How can one make sense of the fact that – in under two hours – more than 40 churches were destroyed across the capital?” asked a spokesman for Caritas, the Catholic aid agency, on French radio. The absence of firefighters shocked many; fire and smoke were seen in some churches days after the incidents.

Although Niger’s President and Prime Minister met church representatives to condemn the violence and declared three days of mourning for those who died, neither have yet visited any attack site.

AMEEN condemned the attacks but called for forgiveness.

‘‘Let us ask Christians to grant forgiveness to their relatives, neighbours and ethnic brothers who took part in these painful events.”

Calling for peaceful coexistence among Niger’s population, AMEEN expressed its ‘‘profound gratitude to all Muslims…who spontaneously brought their aid by protecting Christians, their places of worship and sheltering homeless families’’.

Catholic Bishops issued a similar message to Muslims in Niger. “We are united in the pain that you share with us. Our places of worship, and most of our infrastructure have been destroyed but our faith is intact.”

The Catholic Church has suspended all activities, affecting thousands of children in its schools. 100 expat Christian workers have moved from Zinder to Niamey for security; some have left the country.