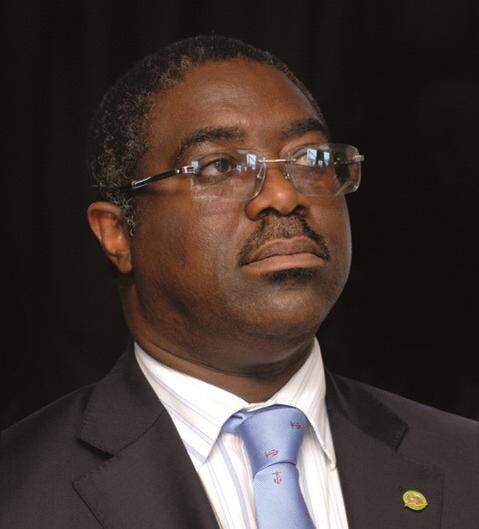 Following an investigation by SaharaReporters which disclosed that Williams Babatunde Fowler, tipped yesterday by President Muhammadu Buhari to head Nigeria’s Federal Inland Revenue Service (FIRS), claims an honorary doctorate degree from a shady institution in England known as the “Irish International University”, Mr. Fowler has engaged in desperate efforts to erase the controversial title from the internet especially on Wikipedia.

The so-called university was long exposed as a fake degree mill, akin to the equally phantom “Buxton University” named by Senator Andy Uba, former domestic aide to ex-President Olusegun Obasanjo, as the source of his “PhD.”

In announcing Mr. Fowler’s appointment yesterday, President Buhari’s spokesperson had claimed that Mr. Fowler “had his higher education in the United States where he obtained a Bachelor’s degree in Economics from the University of Wisconsin and a Master of Business Administration degree from the California State University.”

The listing of Mr. Fowler’s academic degree raised eyebrows among Nigerians, especially on social media after SaharaReporters sent out a tweet exposing Mr. Fowler’s link with the fake university, an award that gave him the entitlement to refer to himself as “Dr. Fowler”.

Stung by the revelation, Mr. Fowler whose appointment as the head of the FIRS was reportedly facilitated by Bola Tinubu, the National Leader of the All Progressives Congress (APC) party, has edited his bio on the web pages of the Lagos Internal Revenue Service (LIRS)http://www.lirs.gov.ng/mr-babatunde-fowler-full-resume/ but Mr. Fowler’s handlers are yet to remove his “Dr” title from his personal webpage http://meetfowler.com/aboutme.html.

A Facebook post by a US-based academic, Farooq Kperogi, typified the critical response to the controversial appointment of Mr. Fowler. “After months of delays, ostensibly to properly vet his appointees, President Buhari just appointed somebody that may turn out to be a total fraud,” stated Mr. Kperogi, who earned a Ph.D. His Facebook post added that Mr. Buhari “appointed a certain ‘Dr.’ William Babatunde Fowler as the Executive Chairman of the Federal Inland Revenue Service (FIRS).

Mr. Fowler’s lower degrees appear legitimate. Biographical entries on Wikipedia state that Mr. Fowler “obtained his first Bachelors’ degree with a Bachelor of Science in Economics and a minor in Political Science in 1978. He completed a second bachelors’ degree program at California State University, Los Angeles and also a Master of Business Administration degree program at California State University, Dominguez Hills in 1981.” As at yesterday Wikipedia listed Mr. Fowler’s so-called “Honorary Doctorate Degree” from the Irish International University on their page but overnight efforts were made to remove any reference to the Irish International University honorary degree from Fowler’s Wikipedia entry.

Our correspondent’s check on the self-styled Irish International University showed that it is a fake “university” linked to Baron Knowth, a chartered accountant whose real name is Jeffrey Wooller. In 2008, the BBC exposed Irish International University as [a] fake university offering “substandard and worthless degrees.” Mr. Wooller, “a member of the Institute of Chartered Accountants, owns a £1.2m townhouse in Kensington but spends most of his time living as a tax exile in Monte Carlo,” the BBC reported.

Our investigation also revealed that several Nigerian politicians, prominent among them former Governor Bola Ahmed Tinubu of Lagos State, had received honorary degrees from the Irish International University. Mr. Tinubu, who is the National Leader of the All Progressives Congress (APC), is believed to have pushed for Mr. Fowler’s appointment.

In addition to Mr. Tinubu, other Nigerians like broadcaster Bisi Olatilo, the owner of UK-based BEN TV, Alistair Soyode, politician Timi Alaibe, Senator Grace Bent, and a traditional ruler, Oba Fredrick Obateru Akinrutan of Ugbo Kingdom in Ondo State, received fake honorary degrees at a shady event orchestrated by the fake university in London. Forbes magazine named Oba Akinrutan the second richest monarch in Africa, behind the King of Morocco. The ostentatious monarch often boasts to reporters about his $1 million wristwatch and his fleet of cars, including a Rolls-Royce and Bentley.

Mr. Fowler claimed to have received his so-called honorary degree from the Irish International University in May 2007.