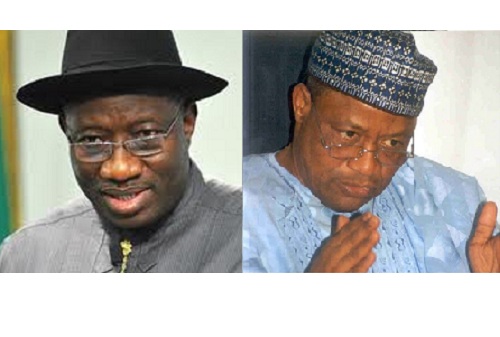 Those seeking the disintegration of Nigeria are “lazy politicians seeking to be kings in tiny islands,” President Goodluck Jonathan said yesterday in Abuja.

The President made the statement at the national summit and rally for peace, unity and development, organised by the Nigeria Labour Congress (NLC).

He noted that the strength of the country is in its size, population and diversity, stressing that his administration remained committed to its unity.

He said: “I agree with other speakers that we cannot talk about cannibalising and balkanising Nigeria.

“I think those who are thinking that way want to be kings in tiny islands, because I believe from the little I know that Nigeria is still rated as a country to look at globally. It’s not because we produce oil and some people think it’s because of our oil.

“The population, yes, we have the population, but I think the key thing is actually the size in terms of the human beings; it’s not the oil that we think we have.

“So any person who feels that they just want to stay as one nation, just want to be king without hard work, they will not get it, because Nigeria will not divide.’’

Speaking in the same vein at the one year anniversary and public presentation of the Blueprint newspaper in Abuja yesterday, former president Ibrahim Badamasi Bamangida said Nigeria cannot afford disintegration.

He said contemporary global trends point to the fact that the future belongs to big nations with large populations that can stand on their own in the international community.

According to him the historical association among the different ethnic and religious groupings in Nigeria predated the creation of the country “long intertwined by crisscrossing political, cultural and economic ties that cannot be untangled.”

General Babangida cited China and India as good examples of big and diverse nations “attending to the twin challenges of development and nation building successfully.”

He said for the Nigeria to develop, there must be an evolution of a truly Nigerian citizen so that “our particularistic sense of identity in ethnic, regional and religious terms graduates into a patriotic sense bond between the citizens and their nations.”

Former president Yakubu Gowon, who was chairman of the NLC summit, bemoaned how most Nigerians see themselves in terms of their ethnic nationalities first before being Nigerian, saying this is unacceptable.

He noted that without a unity of purpose and unity of all ethnic nationalities there would be no peace, security and meaningful development.

Gowon expressed his reservations about the general notion of minority and majority nationalities saying that Nigerians must see themselves as one.

He said the event was a departure from what labour was erroneously known for: militancy, civil disobedience and opposition to government’s policies.

Earlier, Edo State governor, Adams Oshiomhole, identified disconnect between the political class and the masses, unemployment, corruption, anti-masses policies, among others, as causes of disunity and crises in the country.

Then former NLC president noted that there could not be peace, unity and development without justice.

He noted that economic growth and development could only be measured when it trickled down to the masses and the generality of the society.

He therefore said there was need to review the revenue allocation formula in the country, so that the states and local governments can get more money to embark on developmental projects.

He argued that the money that goes to the federal government is too much and has not translated to sustainable development, suggesting that it will help solve the current insecurity in the country, because the people would hold their local authorities responsible for the lack of development in their societies.

On his part the Sultan of Sokoto Muhammadu Sa’ad Abubakar III, blamed the insecurity in the country on bad leadership. According to him, bad politics, unemployment and lack of fear of God by leaders who see the country as their personal property are the causes of insecurity.

He urged Nigerians to tolerate our differences and together mobilize and resist any individual or group that threatens the corporate existence of the country.

In his welcome address the NLC president Comrade Abdulwahed Omar said that labour Unions organized the event as an intervention, to provide a forum for discourse on the many challenges threatening the unity of the country. Link: http://www.dailytrust.com.ng/index.php/other-sections/lead-stories/177366-nigerias-unity-not-negotiable-jonathan