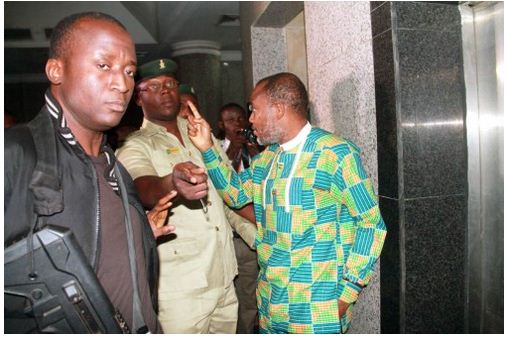 On the eve of participating in an Al Jazeera The Stream debate on Biafratagged #Biafra50YearsOn, I recalled an expression that was associated with Malcolm X. It was called, “the hate that hate produced.”

In trying to find out who said it and why, I rediscovered that it was the title of a 1959 documentary credited for introducing Malcolm X to mainstream America. Narrated by Mike Wallace for a small New York City TV station, the portrayal of Malcolm X and the Nation of Islam in the documentary scared America.

This is the first lines in Mike Wallace’s introduction of the documentary: “While city officials, state agencies, white liberals, and sober-minded Negroes stand idly by, a group of Negro dissenters is taking to street-corner step ladders, church pulpits, sports arenas, and ballroom platforms across the United States, to preach a gospel of hate that would set off a federal investigation if it were preached by Southern whites.”

The documentary first shown in a 5 part series was rebroadcast as a one-hour program. Millions of people were shocked at Black Nationalism they did not know existed. Others were shocked by the feelings expressed by Black people in the documentary. On the part of Black people, they were upset that the documentary was one-sided and did not give a whole picture of the Black struggle within the Civil Rights Movement. Some felt it made a caricature of their struggle and their leaders. But what everyone noticed soon after was that it introduced Malcolm X to a large American audience and presented a radical alternative to the movement being led by Martin Luther King Jr.

The Malcolm X that had not gone to Mecca referred to white people as “blue-eye white devils.” He ridiculed the concept of a shared American dream with white America when he said, “We didn’t land on Plymouth Rock, my brothers and sisters — Plymouth rock landed on us! … This white man always has controlled us Black people by keeping us running to him begging, ‘Please, lawdy, please, Mr. White Man, boss, would you push me off another crumb down from your table that’s sagging with riches.'”

Malcolm X thrashed Christianity and saw it as a way that white people were holding down Black people. “Brothers and sisters, the white man has brainwashed us Black people to fasten our gaze on a blonde-haired, blue-eyed Jesus! We’re worshipping a Jesus that doesn’t even look like us! … The white man has taught us to shout and sing and pray until we die, to wait until death, for some dreamy heaven-in-the-hereafter, when we’re dead, while this white man has his milk and honey in the streets paved with golden dollars right here on this earth!”

I read interviews of the Black reporter, Louis Lomax, and producers who conducted the interviews with Malcolm X and Elijah Muhammad and others on which the documentary, “The Hate that Hate Produced,” rested on. I also read Mike Wallace’s recollection of the production years after.

In an October 12, 1988 interview conducted by Blackside, Inc. for Washington University Libraries, Film and Media Archive, Mike Wallace talked about how he later became friends with Malcolm X. In another classic story of the relationship between the journalist and his subject, Mr. Wallace told a story of that pivotal day in 1964, when Malcolm X came into his office at CBS and told him that his life was in danger. According to Wallace’s recollection, Malcolm X told him that Elijah Muhammed, the leader of the Nation of Islam, was planning to kill him. When asked why, Malcolm X said that he found out that Elijah Muhammad fathered children with several women who were working for him. Mike Wallace had doubts. So Malcolm X called some of the women and Mike Wallace listened and recorded their stories.

Mike Wallace warned him: “Malcolm, you start talking about this publicly, and you are going to get killed.”

On February 21st, 1965, while Malcolm X was about to address the Organization of Afro-American Unity in Manhattan’s Audubon Ballroom, three members of the Nation of Islam gunned him down in the presence of his wife and children.

Before his death, between 1962 and 1963, Malcolm X had several frustrations with the Nation of Islam and its leader, Elijah Muhammad. Malcolm X was not happy that the Nation of Islam was not responding to police brutality on Black people across America. He did not like how Elijah Muhammad suspended him for the statement he made following the assassination of President John F. Kennedy. That was when he said that it was the case of “chickens coming home to roost.” And then, there was the rumor of Elijah Muhammad’s relationships with women working for him, some of them underage. All these were happening when media attention on Malcolm X was making Elijah Muhammad jealous.

On March 8, 1964, Malcolm X left the Nation of Islam. He founded his own group, Muslim Mosque Inc. and the Organization of Afro-American Unity. He converted to Sunni Muslim and went on a pilgrimage to Mecca. He traveled to Africa and the Middle East. He also traveled to Europe. On returning to America, he was a changed man. He had moderated his view about the relationship between different races.

In a journal he kept on his first pilgrimage to Mecca in 1964, Malcolm wrote how the religious experience of hajj made him reevaluate his bases for castigating white people.

In an April 17, 1964 entry, he wrote about how he watched crowds praying, saying that he was “not conscious of color for the first time in my life… The whites don’t seem white.”

In another entry, he wrote, “Out of the sudden darkness comes sudden light. My, how fortune can change.”

In letters he wrote to family members while spending time abroad, Malcolm wrote that he had witnessed something that, “forced me to rearrange much of my own thought pattern, and to toss aside some of my previous conclusions.”

This pivotal shift is the reason why Malcolm X is taught in U.S. schools and his image is on US stamps and not Huey P. Newton of the Black Panther Party.

Though he rejected the non-violent approach of Martin Luther King Jr.’s Civil Rights Movement, he was implicitly aware of how he complimented the movement. While Martin Luther King Jr. was in jail, Malcolm X traveled to Selma, Alabama. There he gave this assurance to Martin Luther King’s wife: “I want Dr. King to know that I didn’t come to Selma to make his job difficult. I really did come thinking I could make it easier. If the white people realize what the alternative is, perhaps they will be more willing to hear Dr. King.” Malcolm X was in the process of reinventing himself when he was assassinated.

May that not be your portion, Nnamdi. In fact, May you go to ‘Mecca’ and return.