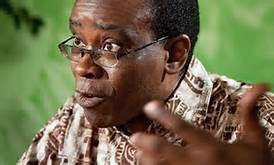 In an online interview with this correspondent on Tuesday, Bassey, a former Chair of the Friends of the Earth International (FoEI), a global federation of environmental rights advocacy groups argued that while no one can say that the country’s petroleum resources sector is known for transparency, ”most will readily agree that it wields a lot of power.

“The sector has effectively determined the political, economic, social and cultural paths of the nation since its ascendancy as major income earner for the nation. As its power rose, so the attendant impunity, including a murky treatment of financial matters. Governments have bent backwards so much that the tail began to dictate to the head.

“To secure continuous flow of revenue from the sector, full military might have been deployed to silence calls for dialogue from already trashed communities and these have sometimes resulted in horrendous sackings of communities in wasting operations by way of flagrant and outright display of murderous rage at the slightest provocation. Today, citizens are intimidated by security forces into raising their hands in total surrender each time they come close to oil pipelines of transnational corporations crossing their creeks”.

According to the HOMEF boss, ”the denial of dialogue can be said to be a major precursor of the persistent conflict points in the Niger Delta. That was what the people of Umuechem requested for in 1990. What they got was mayhem and deaths.

“The current outcry over the non-inclusion in the new PIB of the Host Communities Fund that was provided for in the “old PIB” is justifiable. This will continue to agitate communities and observers until the National Assembly or the Petroleum Resources Ministry explain what the fate of the communities will be in the new dispensation”.

Continuing, he went on, ”what we have learnt from the grapevine is that the new PIB will come in multiple parts so what is being debated is not yet the whole story. However, the entire focus is on business and there is scant attention to the environment or the people. These may remain the milk cows that should simply steel themselves for more squeezes.

“It is thought that the PIB will come in four parts arranged as follows:

1.     The Governance and Institutional Framework for Oil and Gas Bill
2.     The Fiscal Reform Bill
3.     Licencing Rounds Bill
4.     Revenue Allocation and Management Bill“It is expected that the fourth bill may say something about the funds for communities. Perhaps the logic is to serve the “controversial” consideration of oil field communities last with the hope that the hurdle will never be reached within the life of this government or that the controversy would have died of its own accord by such a time.”One complaint against the former PIB was that it was rather voluminous. Having the bill split into four volumes may make reading easier for text-message or SMS generation.
It could also be one way of displaying a bent towards unbundling the sector in all ramifications. Another plausible explanation could be that the sector is simply copying the industry’s best practice in other countries”.

He is not yet done. According to him, ”the sore point of the petroleum sector in Nigeria as in elsewhere is the serious impact it has on the environment, the communities and the people.

”The fact that our politicians could not agree on any allocation of resources for host communities should not make the current legal draughtsmen push consideration to back burners. The President doubles as the Minister of Petroleum Resources and he should clarify what the intentions are with regard to the communities and indeed the oil field environment. With the clean up of Ogoni and the Niger Delta about to commence, informing about the global environmental architecture would help.

”A key point is to ensure that host communities are not defined as only the communities that host oil wells, pipelines, flow stations, waste pits and other oil industry appurtenances. Here is the reason why this definition must be broadened. There are communities that do not have the physical presence of oil operations but are heavily impacted by those operations.

”A case in point is Goi community in Ogoni. This community has been severely impacted by repeated oil spills and related fires and one section of the community has been deserted for over a decade now. Yet, Goi has no pipeline and no oil well. It simply sits on the bank of a creek that connects oil facilities that have spewed crude and devastated their environment. Would it be right to say that Goi is not a host community? My point is that any community that has the potential to be impacted by petroleum sector accidents has to be classified as a host community. So, a host community is a community that hosts oil or industrial facilities as well as those that host pollutions.

Another case in point is that Exxon Valdez oil spill of 1989 in Alaska. The spill so much impacted Prince William Sound and the coastline that, despite all clean up efforts, 27 years after effect is still there and less than half of the wild life population is yet to recover.

“It is time for the National Assembly and the Ministry of Petroleum Resource to come clean over the PIB. The draft bill(s) should be posted online and made available to citizens. It would help the ministry, the National Assembly and the nation if citizens are able to scrutinise the bill(s) and make comments based on knowledge rather on rumours. What are the provisions in the PIB for ending gas flaring? What is in it for the communities? Certainly the oil business cannot be allowed to be all about money to the detriment of life”