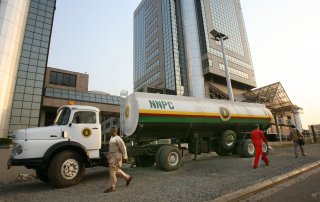 I don’t know who authored the latest round of Nigeria’s leaders and their relationship with the pump prices of petrol. Most of our leaders hiked fuel price. President Muhammadu Buhari left it constant at 20 kobo to the litre in his days as a military head of state. Under Umaru Yar’Adua as president there was price reduction and there has again been that teeny bit of reduction under President Buhari but without the payment of that satanic subsidy leaving the price hovering around N87 per litre.

President Buhari, with Dr Ibe Kachikwu as the Minister of State for Petroleum and the Group Managing Director of the Nigerian National Petroleum Corporation (NNPC), achieved this reduction in the pump price of petrol at a time when no subsidy was being paid. We must be fair to admit that Dr Kachikwu could have resumed and continue to spew the venom that was unloaded on Nigerians by those proxies of imperialists who persisted in hiding under an opaque oil industry to unleash the maximum suffering possible on Nigerians.

They had insisted that it was the middle class that wanted cheap petrol that could only be made possible through subsidies that have now been proven to be fraud. Their claim that subsidy removal was to allow the money so saved to be diverted for other projects have now been busted. Thanks to Dr Kachikwu, we now know better that the only projects they had in mind was that criminal ATM that could dish out cash for crass things and was even capable off paying out money for spiritual software.

Dr Kachikwu marshalled the bravery to deal with the corruption that Nigeria has been subsidizing in the oil sector. He has demonstrated that the greater cost of running the sector was for servicing people who made the NNPC, and by implication Nigeria, to pay for their lives of fantasies. He has for instance banned congratulatory messages whose only purpose was to massage the over bloated ego of persons that suffer deficit in self-worth and are thus addicted to cacophonous praise singing.  He also banned staffers of the corporation from accepting presents from multi nationals and contractors. If the acceptance of gifts from companies that one regulates is not conflict of interest then nothing else is. But this was the kind of rot the minister inherited.

He also inherited the challenge of taking the reins at a time when weak global oil demand triggered a steep slump in oil price and thus poor revenue outlook for Nigeria. But Dr Kachikwu has been able to demonstrate the needed calmness and well thought out responses in the face of a less than pleasant situation. He has remarkably avoided taking steps or making utterances that could have further spooked the sector.

The firmness with which he addressed international stakeholders on the falling oil price is a welcome departure from when Nigeria was led by the nose in such matters. In spite of the fall in prospective revenue, those expecting to see a grovelling Nigeria, begging cartel members for output cut never got their desire. Nigeria, instead, is emerging stronger; using what should have been the most unpleasant situation to push through crucial reforms in the industry.

The naysayers have their gloomy predictions about these developments no doubts. Part of their arguments is that the lower pump price without payment of subsidy came about only because of the slump in crude prices.

The question is, would the previous leaderships of the oil industry have passed on the benefits of cheaper crude to the populace? The answer is apparently a resounding no since they would have continued to bombard us with questionable economic models to justify why the country should have bled to subsidy payment despite record low prices.

Those who are critical of these gains are obviously in denial that the changes taking place in the oil industry go beyond the price modulation that has kept the pump price of petrol tame. There are other key reforms taking place to reposition the sector for greater transparency and accountability.

This is why one must interrogate the affiliation of those predicting doom on account of the things that Dr Kachikwu is doing right. Could they be among those who are scared of Dr Kachikwu or could they be the hirelings of those that are allergic to reform of the oil industry? It would be sad if they belong to either of these because those who are scared of the changes at the NNPC and oil sector fall into several categories. They are predators, carrion eaters and the confused.

The predators have the oil cabal in the lead in addition to those who questionably benefit from the system to the detriment of us all; the carrion eaters like the vandals and saboteurs who ride on the corruption in the sector to feather their nests; and there are those who are simply confused as they support the crime that went on in the industry simply on account of base sentiments that drive them to attack public office holders that mean well. These are the people scared of the giant strides of the Minister of State for Petroleum and would get kicks out of attacking his person and policy, even on faulty premises.

These later day critics of events in the oil industry should serve to alert Dr Kachikwu that the monster of corruption in the area he oversees may be wounded but is far from being dead. The attacks, both on his person and policies and strategies, will intensify in the coming months as beneficiaries of corruption are further starved of slush funds that they had become addicted to. He must at the height of such unwarranted harassment remain focused on the goal of creating an industry that runs according to global best practice for Nigeria.

President Buhari should on his part increase the support the minister had from him when he first got this onerous assignment. He must realise that many of those who will go for Dr Kachikwu’s jugular would in the real sense be attacking the presidency by proxy. They must thus be treated as the distractions that they are.