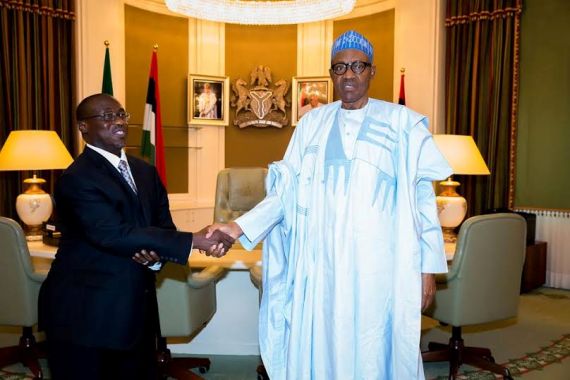 The former Presidential aide made the remark while reacting to the squabble between the Minister of State for Petroleum, Ibe Kachikwu and the Group Managing Director of the Nigerian National Petroleum Corporation, NNPC, Dr . Maikanti Baru.

Kachikwu had had earlier accused the Group Managing Director of the Nigerian National Petroleum Corporation, NNPC, Dr . Maikanti Baru of insubordination and humiliation.

The Minister also expressed disappointment at the fact that the petition he sent to the President on the matter could be leaked to the public.

In a series of tweets on his twitter handle, Omokri said though Buhari claimed he wanted to fix Nigeria but Kachikwu has exposed the fact that he is out to “steal, kill and destroy” the country.

The tweets read, “If Ibe Kachikwu does not understand the difference between 97% and 5%, I bet you that he has learnt his lesson at the cost of $26 billion!

“Those waiting for President @MBuhari to deal with Baru will wait long. Has he dealt with Babachir or Ikoyi billions? Anticorruption my foot!

“President @MBuhari told Nigerians his government came to fix Nigeria. But thanks to Kachikwu we now know it came to STEAL, KILL and DESTROY!

“$26 billion corruption exposed in NNPC. Who knows what’s going on in NPA, NCC & NERC. You wont know PMB’s corruption till he leaves power!

“Anti corruption my foot. Amaechi, Babachir, Oke and now Baru. $26 billion contracts awarded without due process. What a corrupt government!

“Just imagine what would have happened if a minister accused @GEJonathan’s govt of awarding $26 billion contracts without due process!

“If President Buhari truly has integrity, if his anti corruption war is not a cover for an anti PDP war then Baru/NNPC must be investigated.