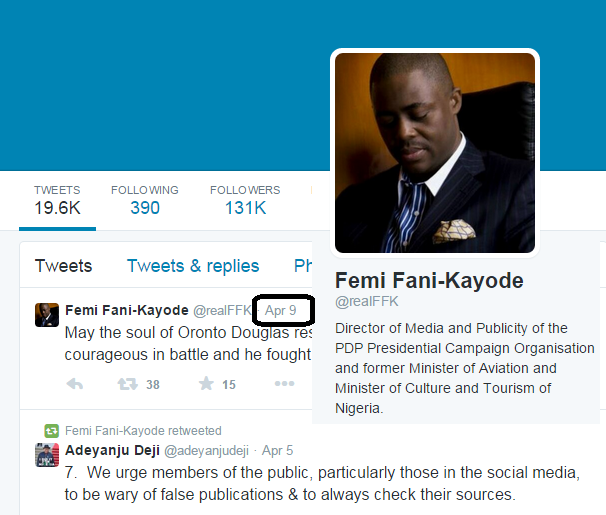 We reported yesterday that the PDP party campaign committee chairman, former Aviation Minister Femi Fani-Kayode was on the run as Nigeria’s president Goodluck Jonathan was going after all party members who embezzled a sum totaling N2 trillion($11 billion) meant for campaigning and rigging.

Today Nigerians are continuing to search for the whereabouts of Femi Fani-Kayode who has not appeared in public or made a tweet since April 9th. His last known public address was on April 6th when he criticized the Lagos state chief for his thuggish statements.

Any body see @realFFK lately? I’m worried, can’t find him… since April 9th, he hasn’t made any public tweet or talk pic.twitter.com/aj3H95MSEb