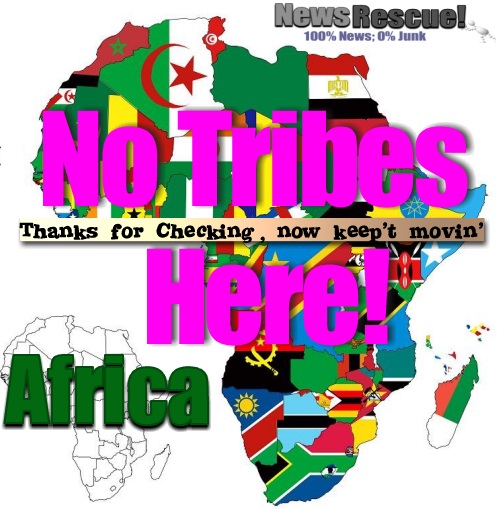 ‘Tribe’, is a colonial word and terminology utilized to divide and destroy Africa

Not too long ago, I sat with a distinguished senior colleague, who passionately recanted his discourse with another African in Grenada. The black man had asked him what tribe he was from, and he responded, ‘we do not have tribes in Africa’. This had led to an argument.

It is the truth. ‘Tribe’ is a vocabulary utilized by the colonialist to degrade African’s and Indian’s and lead to our constant internal battle.

Tribe creates a false consanguineous association of primitiveness and barbarism, delineating closed-ness, homogeneity and intra-marriages, which is not representative of Africa with its rich history of cultural integration, heterogeneity, acculturation and assimilation.

Indeed this term is the real issue that plagues and creates the confusion seen all over post-colonial Africa, the cycle of hate, distrust and violence.

We have no tribes. We only have ethnic groups. ‘Why’, my colleague had asked, ‘do we not hear of any ‘tribe’ in Europe?’

The only tribes that come to mind are in the Bible, the 12 tribes of Israel, which depicted a religious intra-marrying lineage.

So it is important that we tell and remind ourselves and others that we do not have tribes in Africa.

Here’s another article on this serious, commonly overlooked/missed issue.

There were no tribes in Africa

[Since I’m going to write up a few posts about the Rwandan genocide and the Congolese wars that followed, I think it’s important to understand that the erroneous way we’ve been presented these conflicts has been largely the fault of generalizations made during the colonial era. I’ll try to keep this explanation as short as possible.]

Prior to European colonization, Africans did not identify themselves solely by ethnicity. The idea of tribes, and the geographic borders surrounding them, is a European construct more than anything. During the fifteenth century, when Europeans began venturing further into Africa, Europe was torn by national/ethnic lines. Spanish, British, French identities were based, like they are today, very much on patronage. European traders, explorers, settlers, and colonizers brought this construct to Africa.

Prior to colonization, African identities were much more fluid. Take for example, the Swahili of Kenya and Tanzania. One can “become” Swahili and adopt it as an identity by speaking the language (Kiswahili) and converting to Islam. The Niumi of The Gambia incorporated anyone who acknowledge the overlordship of a ruling family, not just anyone born into the group. They became a part of this ethnic group, but because identities were always so multi-layered, one cannot lump an entire group of people into an ethnicity and make sweeping generalizations. As Donald Wright points out, more often things like extended family, class/occupation and village were used as a basis for an identity, much more so than ethnic group.

Related: NewsRescue- Nigeria: The Illusion of a North Dominated Rule

The idea of tribes was brought to Africa for several reasons. For one thing, the European sense of cultural superiority makes it understandable that they would transfer the ethnic divisions of European states onto the African map. It was easier to place people into categories based on perceived divisions of ethnicity than it was to try to understand the multi-layered, fluid identities that prevailed. Secondly, colonial authorities found that placing people into “tribes” with “chiefs” was an effective way of creating a political order. The colonial period was one of significant upheaval, socially and economically, for Africans. They sought a sense of order in the European perception of African society. “Africans wanted effective units of action no less than colonial administrators wanted effective units of government. And so, because Europeans believed Africans belonged to tribes; Africans built tribes to belong to.” (Reader, pg 616)

When we discuss the Rwandan genocide, particularly in the mainstream media, it is presented as a “tribal conflict”. While the Tutsis were the primary target of the genocide, and the perpetrators were mainly Hutu, to boil the massacre down to some ancient concept of identity that the rest of the world had nothing to do with is entirely false. These identities were created by colonizers, pitted against one another and exploited for material gain. The Rwandan genocide is not only the responsibility of the international community because of its inaction during the slaughter; the rest of the world must acknowledge their own history on the continent that contributed to these explosive ethnic tensions.