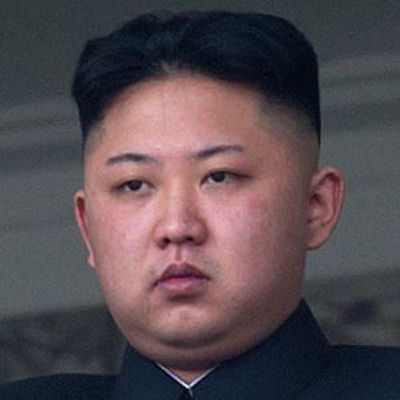 The next generation of super-powers are those with the capabilities to neutralize or recapture nuclear missiles before and after they have been fired; not those with nuclear arsenals that can destroy the world many times today. Nature prevents meltdown by recapturing reactions of neutron: discovered in ancient reactors in the mines of Oklo and Okelobondo in Gabon, Africa.

Apart from United States, Russia, Britain, France and China with nuclear powers, so are India, Pakistan, Israel, Iran and North Korea. Canada and Japan have capability. South Africa also had nuclear capability but relinquished it when the Black Africans took over. The rest of the world watch the hot sports of North Korea, Middle East and others areas wondering if they will voluntarily give up their nuclear weapons through negotiation and incentives.

The only option left for the rest of the world is to work with China, even if they are reluctant to work with United States. While China and United States are still sparing; Japan, South Korea Britain and France must cooperate in developing anti-ballistic neutralizers with other countries around North Korea to readily and promptly recapture after nuclear alert or sign of warheads going in any direction. The residuals must be captured on North Korea itself before exploding outside. United States, Russia and China will come to their senses and cooperate facing reality.

Disruption has been tested against Iran when their testing misfired until they overcame the planted bug in their system. United States is also testing anti-missiles in the area of South Korea. Japan must be encouraged to defend itself by developing its own missiles neutralizer before it can reach them. The problem with this is timing. If the North Korea nuclear system cannot be timed or readily detected before launching or escape, the umbrella is doomed.

All options are on the table including total war if necessary. Anyone that thinks Iran or North Korea would give up their nuclear development that gives them nuclear member status is not realistic. Not from what happened to Gadhafi after giving up his nuclear development and ratting on Pakistan technical assistance. The treatment of Gadhafi sent a message to the rest of those nurturing nuclear development. Gunboat diplomacy is more dangerous than ever.

Pre-emptive strike can be too risky and may miss since all sites of deployment cannot be struck at once. North Korea think they are on top of the world right now and would not foolishly give up their only “joker” as last card. The incentive include acceptance into Rich Countries Club to trade at mutually favorable exchange rate; conventional arms sales, food, computer and toys. These concessions from all sides only postpone or delay the inevitable.

Kim Jong-un is not only dangerous, his mental disposition to cling to power at any cost is not in doubt by the way he got rid of his relatives. He is ready to sacrifice his people and risk nuclear war as long as he could exercise his nuclear capability as his right. North Korea has gone too far to be easily curbed by China. Indeed, China has more to lose if Kim Jong-un goes ballistic and his people pour into neighboring countries for aid. Libya would be child’s play compared to Korea.

United States is testing all options but China and Russia must be included to prevent disaster. Unfortunately, the world is facing nuclear catastrophe not only from North Korea but from other countries seeking the same status in the Nuclear Club. Knowledge of destruction is much easier to obtain than that of peace, equity and equal treatment of all countries and the people.

We did not get here by default. Powerful countries sought and took a bigger pie of the world’s resources and managed them only for their own convenience. They created the haves, the have-nots and those in-betweens. The world economic ladder is not based on diligence, hard work and the achievements. It is based on opportunities, advantages, cronyism, to discourage the poor, the less educated and appeal to their emotional states not their reasoning.

As much as we see ourselves as fair, civilized and reasonable; there are minority but a good size or number that live on unfair exploitation of the weak and the poor. They argue that there are people created for the service of others. No matter how you try to raise their capability and mentality to stand up on their own, they prefer to serve others. It is almost their calling in life to serve and worship humans like them. It is their comfort zone.

This is a cruel indictment of the poor and the weak as we believe that given equal opportunity, most people, rich or poor would rise or fall according to their abilities! A friend puts it simply as: if everyone in a community is given a million, by the end of a year some would be billionaires while others would become penniless. We all make our choices in life and some decide to blow up their chances early while others work very hard to keep theirs and exploit the ignorant.

Until the poor countries wake up and demand their share in their individual countries, the rich countries will not give it to them willingly. It is not different from the rise of the serfs against lords, Russian or French revolution, Abolition or Ship of Amistad against Slavery, demands by Unions for fair wage or against child labor and long working hours. When folks are disrespected, cheated and taken for granted; sometimes they over react with whatever they have.

Unfortunately it is also true of countries and the leaders they chose. In other words we deserve our leaders for many reasons within our control. The best examples of this theory are Russia and China. Famine taught China a lesson. As stated earlier, humans see themselves as fair and civilized. Unfortunately our animalistic instinct is always at hand. It is similar to a man trying to open a door. The civilized way is to push in a key, turn it and the door would open.

If that door refused to open, he gently look at the key to make sure it is the right one or change it to the right one. If the door still refuses to open, the animalistic instinct sets in. He kicks and bang the door. It is very much like us in real life. We gently negotiate until an animalistic instinct gets in. We are then reduced to lower animals where we fight with everything we’ve got in the preparation for war. One would think we would prepare for peace the same way we do for war.

We are now at a stage where we have more than enough nuclear bombs to destroy the world many times over, brag and use it to negotiate with one another. China or Russia didn’t become world powers until they acquire bombs. The ability to destroy the world is the first step to get into Rich Countries Club. This is why we must appeal to our reasonable judgment not our animalistic instincts.

North Korea is only one of the countries crying out for help that must be judiciously dealt with cautiously. We do better as humans when we trade with one another fairly and equally. Unfortunately, we do not get what we deserve but what we negotiate.