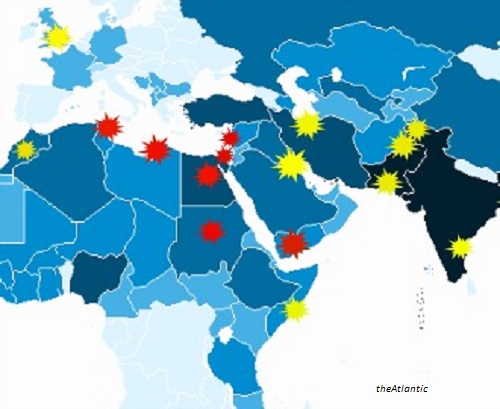 NewsRescue– Nigeria remains conspicuously not included in the violent protests happening all over the world, from Australia to Sidney, to Sudan, Morocco, Libya, Egypt and up to 20 countries in total. The hate speech movie was created by a group of Egyptian coptic Christians to provoke Muslims and lead to violent deaths as it succeeded in doing. These militants include Nakoula Basseley Nakoula, who created the movie, Morris Sadek, another US- Egyptian coptic Christian who preaches for the annihilation of Egypt’s Muslims, and Terry Jones, a US evangelist who conducted the ‘burn a Quran day’, were among those implicated in distribution and provoking reaction from the video.

Anders Behring Breivik, who went on a shooting spree and killed 77 people in Norway last year, was “one of the wicked spawns of this pervert group,” Salami noted, going on to ask, “Is there not a sinister across-the-board plan in the offing?”

It is however highly commendable that for the first time in history, Nigeria is at a new exemplary level of tolerance and peace with Muslims restraining themselves and the security services on top of events. Our earlier report on this is below:

NewsRescue- It would have been expected as in past cases that bloody riots would have broken out and cars and homes burned and people dismembered in North Nigeria erupting riots related to the western directed hate movie, but rather, to the celebration of many, North Nigeria remained calm even after today’s Friday Jumah prayers when tensions were feared to boil up.

Prominent Islamic clerics in North Nigeria had advised Muslims against violence, this assisted in promoting the calm being witnessed. Read that story below.

Usually it takes less than these types of events which have flared up in much of the Muslim world, for Nigeria to be fully in participation and even taking a lead with hundreds of deaths. Rather, as some say, in a victory of peace and tolerance than can partly be attributed to the ugly head of Boko Haram forming an unusual unity, understanding and tolerance between Muslims and Christians, both victims at the mercy of this small, yet mean and savage group, and at the mercy also of Nigeria’s disappointing government as well as all other forms of terrorism North and South, which include MEND rebels, southern kidnappers, so-called ex-MEND high sea pirates, Biafra zionists to mention a few; from these a mutual coexistence wave and level of decency previously unprecedented has erupted in Nigeria.

SaharaReporters who were eagerly anticipating violent outbreaks in the North were only able to report a gathering in Jos which was quickly disbursed by Jos security services: http://saharareporters.com/news-page…ie-protest-jos

The isolated non-violent gatherings that occurred and were quickly dispersed,  were reportedly due to a text sent from an international organization, World Assembly of Muslim Youth(WAMY).  Our calls to the Airtel phone number listed, to inquire if they promoted protests, are yet unanswered. Upon our investigation of the Nigerian page for WAMY, we discovered an email address domain name, ‘gawab.com’, digging in through google.com, we found ‘gawab.com’ domain name has been repeatedly associated with frauds, and as such the provocative text might well have been an attempt to instigate an eruption in Nigeria by foreign or other fraudsters with mischievous motives.

The fuel riots of January, featured a national community that was unique as the entire nations’ religious adherents all worked together toward their united interest.

Nigerian Muslims and Christians have come together and in many cases protected each other in recent times more notably than ever before. Religious leaders on both sides have made advances to each other and hosted each other to dinners and interfaith meetings. Cooperation groups have been formed, teams and associations have evolved on both sides determined to quell misunderstanding and the use of religious adherents as tools in wars fought by miscreant elements at home and abroad. 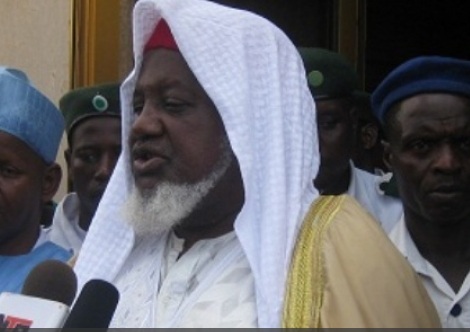 Prominent Islamic clerics yesterday urged Muslims in Nigeria not to resort to street demonstrations over the blasphemous film made in the US, as violence spread in the Middle East and North Africa.

While the clerics condemned the movie, which presented the Prophet Muhammad in ways that angered Muslims around the world, they said street protests could only worsen the security situation in the country.

Chief Imam of Jos Central Mosque, Sheikh Balarabe Daud, described the film as provocative and insulting but urged for restraint.

“Such actions are orchestrated by the enemies of peace to bring about chaos which must be condemned by religious leaders all over the world,” he said.

Another prominent Islamic scholar Sheikh Alhassan Sa’id said the only way Muslims can be appeased is for the United States to take measures to arrest and prosecute these behind the movie.

But he urged for restraint among the Muslim community in Nigeria.

In Kaduna, security presence was beefed up yesterday, apparently in efforts to avoid eruption of violence following the security alert issued on Tuesday.

Public buildings where there was no security presence before yesterday are now guarded by either policemen or soldiers.

An armoured tank was stationed at the entrance of the Arewa House, aside the presence of security personnel.

When contacted, the Kaduna State Commissioner of police, Olufemi Adenaike, said his command has put his men on red alert to avert any attempt to breach the peace.

“In the first place, what we want the public to know is that there is no link between what happened in other countries and Nigeria,” he said.

“Those who did what they did are not Nigerians, therefore we shouldn’t allow crisis that happened in other countries to spill over to Nigeria. I know Nigerians are peace loving people and for that I know they would not allow anybody to use them to breach the peace that we are enjoying in Kaduna and other parts of the country.

“However, I have put all my divisional police officers and area commanders on red alert to forestall any attempt by individuals or groups to breach the peace of the state.”

In Kano spokesman for the Joint Task Force, Lt Ikedichi Iweha, told Daily Trust troops have been briefed about the situation. He, however, said there is no sign of trouble.

“Troops are on ground and ready to act in case anything happens,” he added.

Our correspondent reports that many people in Kano did not appear to be aware of protests elsewhere over the controversial film.

In Bauchi, the state Police command said they also took measures to prevent a breakdown of law and order.

A Daily Trust correspondent who went round Bauchi metropolis observed that security has been beefed up, as soldiers and policemen patrol the streets and conduct stop-and-search.

Spokesman for the Police in Bauchi, Hassan Mohammed Auyo, said, “We have now taken more proactive measures. We have identified all flash points; we have deployed our men there and we opened our ears where ever we heard something we will be there to ensure that there is no breakdown of law and order.”

He appealed to parents to warn their children against participating in any activity that will cause the breach of peace.

Meanwhile, the US embassy in Nigeria yesterday warned Americans about the threat of attacks by extremist groups following the violence in Libya and Egypt, urging extra caution.

The “emergency message” issued to Americans living in Nigeria came after militants attacked the US consulate in Benghazi, killing the US ambassador and three other Americans, hours after a mob attacked the US embassy in Cairo.

“Extremists may attempt to target US citizens and other Westerners in Nigeria,” the embassy said in a statement.

“The situation in Nigeria remains fluid and unpredictable,” the statement said, urging Americans “to consider their personal security.”

A U.S. law enforcement official says a man named Nakoula Basseley Nakoula is behind the anti-Islam film being blamed for mob attacks in Egypt, Libya, Morocco, Tunisia and Yemen.

A man who calls himself Sam Bacile has said he created the film, but The Associated Press on Wednesday connected Nakoula to the Bacile persona.

The official spoke on condition of anonymity because he was not authorized to discuss an ongoing investigation.

In an AP interview, Nakoula says he managed logistics for the company that produced the film, which mocked Muslims and the prophet Muhammad. He denies that he was Bacile. Link: http://www.dailytrust.com.ng/index.php/other-sections/lead-stories/176785-us-blasphemy-moviemuslim-clerics-advise-against-street-protest