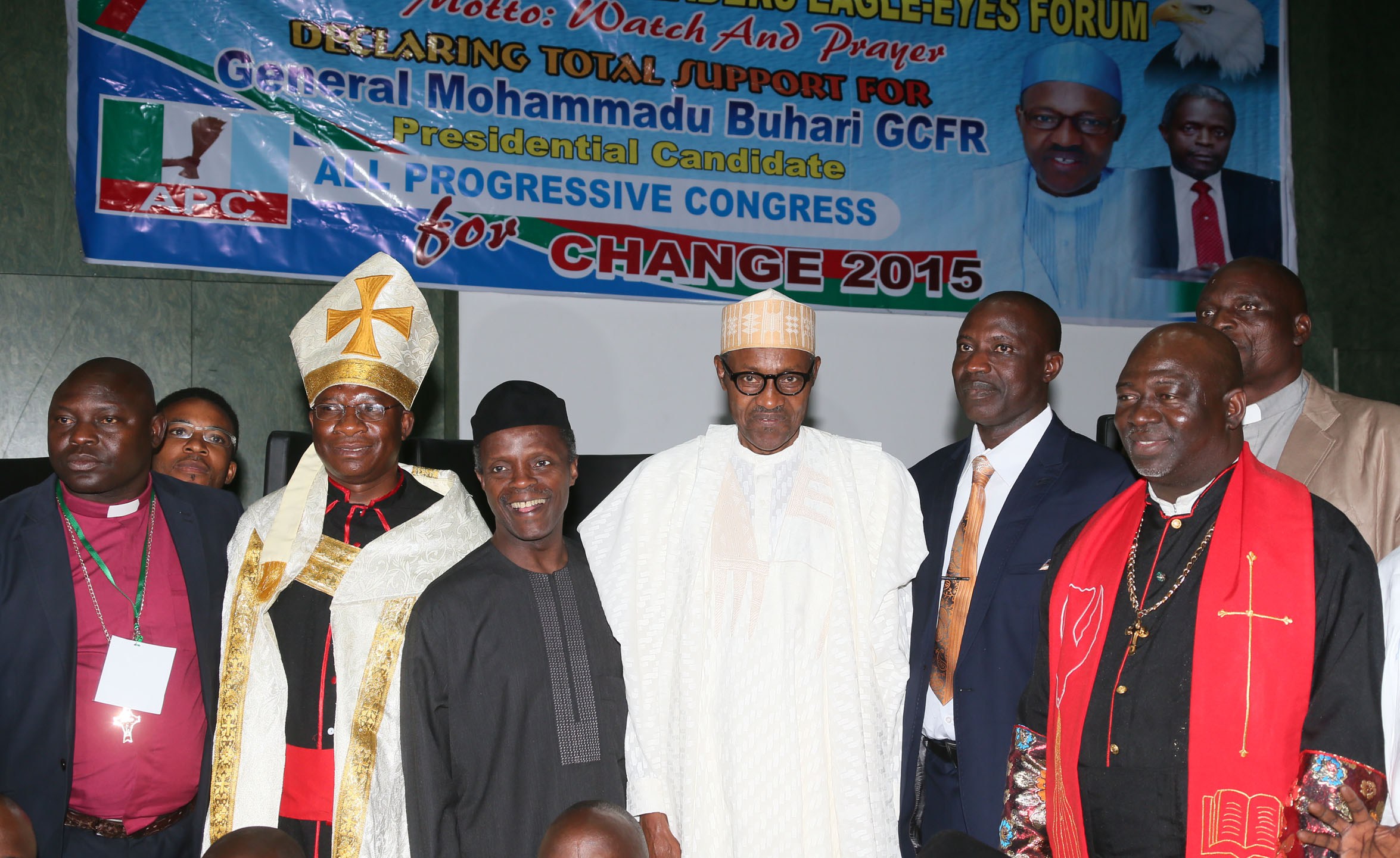 Northern Bishops among Clerics While Supporting Buhari For President in 2015 Img: Scoop

Religious leaders under the auspices of Northern Inter Faith and Religious Organisations of Nigeria (NIFRON) have urged the federal government to extend r the presidential amnesty programme  granted to former Niger Delta militants to members of the Boko Haram sect operating in the North-east.

The group in a statement signed by its coordinator, Bishop Musa Fomson of Unlimited Mercy and Glory Church Gombe, said following the success recorded by the amnesty programme in the Niger Delta, there was the need to replicate same in the northern part of the country currently ravaged by the Boko Haram insurgency.

He noted that even as the military made gains against the insurgents, the use of force alone cannot  win the war against terrorism.

The bishop specifically commended the efforts of the Special Adviser to the President on Niger Delta and Coordinator of the programme, Brig-Gen. Paul Boroh (rtd), especially in the management of funds, noting that the office had already trained 17,322 of the beneficiaries, leaving a balance of 12,678 and even embarked on the domestication of its programmes.

“Since taking over the amnesty programme, Boroh has restored hope to many of the agitators. We believe that with such confidence in a man who can be trusted, such programme can be replicated in the troubled northern part of the country,” he said.

Fomson said the amnesty programme will not just restore peace to the region, but will also empower and create job opportunities for youths who have been misled into taking up arms against the state.

According to him, most insurgents are ready to disarm, but are not sure of their fate as such the need to engage someone with proven records.

He said the government needed to quickly move in and approve an amnesty programme so that the rebuilding of the devastated region, especially the North-east can begin in earnest.