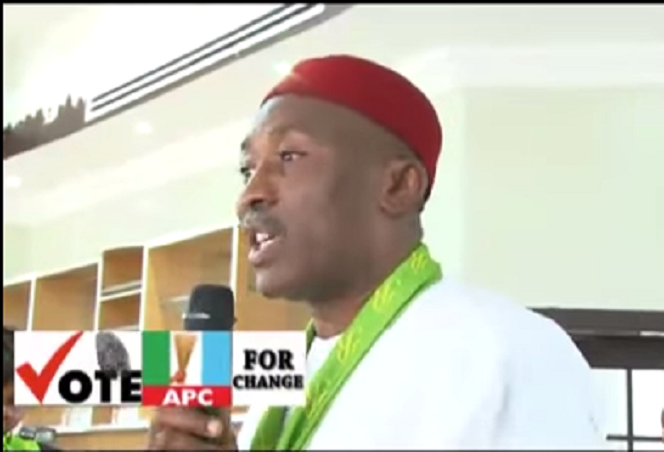 Coalition of Igbo groups under the auspices of Igbo Delegates Assembly in northern Nigeria have endorsed the presidential candidate of the All Progressives Congress (APC) Muhammadu Buhari for the March 28 presidential election.

Speaking at the Buhari campaign office in Abuja on Friday, President General of Igbos living in the 19 Northern states and the FCT, Sam Demian Enyama, described Buhari as a man of impeccable character and urged south easterners to eschew religious and ethnic sentiments and vote Buhari on the 28 March poll.

He said only Buhari’s presidency will address the pressing needs of all the regions.

On his part Eze’udo of the 19 northern states, Uche Egenti said as Igbos who have lived in the North for many years, they know Buhari’s leadership style and that is why they endorsed him.

“We are here to support your aspiration to become the president of this country. We know that it is easier to work with you because what you stand for,” he said.

He added that “we are not ready to be plunged into another civil and we are pleading with you to help us organize Nigeria again. We want discipline to reign again.”

“A lot of people have complain that the issues about you is religion but we know you are not a religious bigot. You are a very firm articulated officer of the Nigerian army. In 1983 when Nigeria was at a verge of collapse, you came in and rescue it,” Egenti said.

Responding, General Buhari said Igbos have contributed to the development of the country by their enterprising endeavours.

“Let the government respect Nigerians and individuals and let them to choose and elect those they want to lead them. If that is done, Nigerians will be surprised about how peaceful this country will be,” he said.

Buhari added that Nigerians have suffered in the last 16 years, adding that “most of you are business(people) and you import and know the exchange rate. Where were we 16 years ago when PDP took over this country and where are we now. How much was the naira to the dollar (then) and how much is it now.”

“Does it mean that you will not sell the things that you have in your shop now because people cannot afford them because the naira is now about N230 to the dollar. I think that as a community, you are more affected in Nigeria than anyone else,” he said.