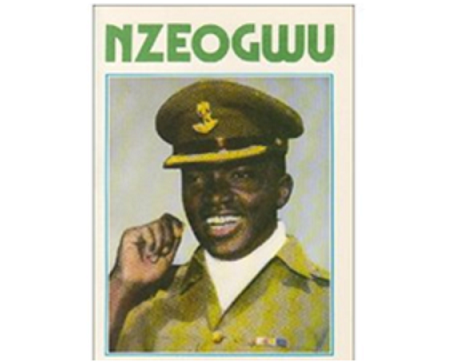 NORTHERN NIGERIAN MUSLIMS AND THE NIGERIAN CIVIL WAR: BETWEEN ACHEBE AND OTHER IGBO INTELLECTUALS

By Ibraheem A. Waziri

Is it just that ignorance reigns in Nigeria or our public intellectuals do not have passion for details and deep philosophical inquiry into the nature and realities of our socio-cultural formation and its history for the best of their opinions. These can be the only open and not so stretched explanations to Chinua Achebe’s blatant, below status and insincere depiction of the Nigerian Civil War of 1967 – 70 in the light of a so called jihadist expansionist goal of Muslims of northern Nigeria. The opinion summary of his latest book, There Was a Country, as he published in the UK Guardian, Tuesday, 2nd 2012, make bold this meaningless assertion:

“But if the diabolical disregard for human life seen during the war was not due to the northern military elite’s jihadist or genocidal obsession, then why were there more small arms used on Biafran soil than during the entire second world war? Why were there 100,000 casualties on the much larger Nigerian side compared with more than 2 million – mainly children – Biafrans killed?”

Needless to mention that Achebe is not alone in this kind of portrayal that is typical of*recent Igbo ‘intellectuals’ when it comes to discussing the civil war. The task of re-educating them and the crop of their students is therefore necessary if the dream of a greater Nigeria in fair neighborliness is to be realized.

Yes, northern Nigerians are mainly and majorly proud and faithful Muslims with unique culture and a record of close interactions with other world civilizations since time. They have for long known and understood that not everybody must look like them or believe in what they believed in, before peace, social cohesion and fair neighborliness are justifiably established. In fact it can be authoritatively said that northern Nigeria of the 1960s, formed one the most cosmopolitan and accommodating social spaces in the whole world. When the Ghanaian president Kwame Nkrumah wanted to initiate and draft Nigeria’s prime minister Abubakar Tafawa Balewa and the premier of the northern region Ahmadu Bello into his Pan-Africanism, they clearly told him that they were not racists and believed in the universal nature of truth, justice, fairness and equality of humankind regardless of race or ethnicity and that reflected the way they managed northern Nigeria and the country in general.

It was this world-view with its values and norms guiding intra and inter-pinning of human relations that saw a northern Nigeria of the 1960s as a home to many Igbos. In*modern history the top one percent of the most literate and influential Igbo personalities once lived in northern Nigeria or spoke Hausa, the dominant language in the North. It was here that Major Chukuma Kaduna Nzeogwu’s parents settled and gave birth to him in 1937. He grew up with all opportunities unhindered and got the award of love, justice and trust of the then premier of the Northern Region, Sir Ahmadu Bello until he finally, easily and safely got access to him, in the night, in his house, in the privacy of his bedroom and killed him in front of his wife with no struggle, no any suspecting guard to check him or even ask him hard questions.*It is finished. Brutus killed his Caesar in cold blood of treachery, hatred and breach of trust.

Describing a similar situation in the same operation kill, where Major Ifeajuna an Igbo soldier and Major Nzeagwu’s co-kill planner and partner, shot Brigadier Maimalari, Bernard Odogwu, an Igbo Nigerian Diplomat at the times of the events, in his book, No Place to Hide – Crises and Conflicts inside Biafra, clearly put it, “I am particularly shocked at the news that Major Ifeajuna personally shot and killed his mentor, Brigadier Maimalari. My God! That must have been Caesar and Brutus come alive…”

What then could have been the fate of other Igbos in many parts of the North who enjoyed the same love, trust and protection of the other northerners who began to see a new streak of arrogance, condescension in the behavior of the Igbo who were illussioned in the new leadership of General Ironsi to the extent that, as told by our parents, they used to mock the northerners, imitating the cries and squeaks of Abubakar Tafawa Balewa before he died in the hands of Major Ifeajuna. Still Igbo intellectuals engage in this mockery as the Nigerian military historian Max Siollun, recently re-told the story of Nzeogwu’s kill, which clearly portrayed Ahmadu Bello as a coward and a simpleton who hide behind his wife when he saw that Nzeagwu was certain to get him. These provocations and the details of stories such as captured by David Muffett, a*British colonial officer who wrote the account of the 1966 coup in a book titled, Let Truth Be Told, outlining the Igbo elite’s detailed plan to take control of not only the political structures but even the social structures of the North by killing all the then northern emirs in the final.

Some including Achebe are still contesting that the kill was not an Igbo carefully planned affair but rather a coup plotted against all Nigerian leaders of then. Yet all Igbos in prominent positions were missed in the fire and it was said the president, Dr. Nnamdi Azikwe was missed because he was out of the country for a medical checkup.*The question is could they have missed Sir Ahmadu Bello or Abubakar Tafawa Balewa if any was on a medical trip or they would have postponed the operations for more appropriate date that would guarantee and ensure an all inclusive kill?

Yet, the pogroms that followed the events and the civil war were unfortunate (more objective details of which were written by Elechi Amadi in Sunset at Biafra). But the characterization of Northerners as Muslim jihadists who were already prepared and ready to stage a ‘holy jihad’ against Igbo, as a reason for the war is very untrue and intellectually insincere. Just because Igbo intellectuals have to find reasons then it doesn’t mean every reason must be dashed out. Just because they need someone to blame doesn’t mean the 21st century image of fundamentalist Islam must be projected backward into the story of Nigeria to justify a perspective. 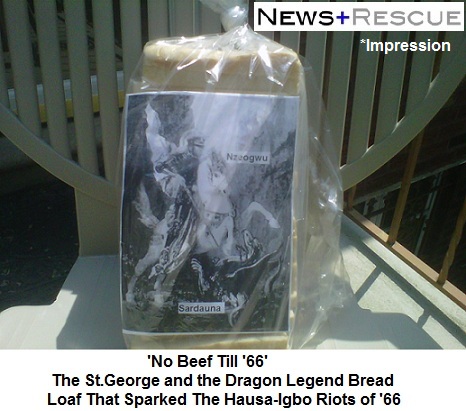 Besides what religion did the major actors of the war on the federal side professed? General Yakubu Gowon, General Theopilus Danjuma and General Joseph Garba, were Christians. Chief Awolowo, the intellectual architect of the War was a Christian. General Olusegun Obasanjo and General Adekunle were all not Northerners. The prominent name in the commands that is a core Muslim northerner was only General Murtala Muhammed.*Even if all the others were Muslims what sense could it have made for the Muslims to have fought the Igbos only to establish the leadership of General Yakubu Gowan who was a Christian, the same and only reason they supposedly could have fought the Igbos? Gowon enjoyed the support of all Muslim northerners as my good friend Alhaji Yakubu Musa, currently a media assistant to President Goodluck Jonathan who is from a devout Muslim family, once mentioned how he was named Yakubu in celebration of Gowon’s visit to Kano on a day that coincided with his birthday.

No. The truth of the matter is Igbo betrayed the trust given to them in the then northern Nigeria by the singular act of betrayal of Nzeogwu on Ahmadu Bello and the subsequent poor management of their relationship with their hosts that bred suspicion of complicity in the plans of the kill and a thought of greater conspiracy.

The way forward is not to employ a wider and more efficient propaganda machinery to score cheap sympathy and sponsor the production of a sensationalist movie in the Holly Wood, Tears of the Sun, starring Bruce Willis and displaying that northern Nigerian Muslim Hausa will attempt to do the same in the present Nigeria and in the recent future and can be stopped only by the Americans.

The way forward is to always tell the truth, accept faults, take responsibilities for errors and constantly preach the gospel of keeping trust, commitments and fair neighborliness.*Let’s make the younger generation and the entire world know that we are one in Nigeria and the top one percent of Igbo most informed political and public intellectuals lived in the North or even spoke Hausa. This ranging from Chinua Achebe himself, Cyprian Ekwensi, Major Chukwuma Kaduna Nzeagwu, General Emeka Ojukwu or Dr. Nmandi Azikwe. Cyprian Ekwensi even copied and translated the literary work of my uncle; John Tafida Umaru titled, Jiki Magayi, from Hausa to English, titled it, African Nights Entertainment, and dubbed it his own without acknowledgement, adding to his literary stock, achievement and fame.*The world must know the good contribution their living in the North and speaking its language brought into their skills and perspectives, that, which won them the accolades they so celebrate and rejoice in, today. A fact which they and their friends always want to hide! -NVS