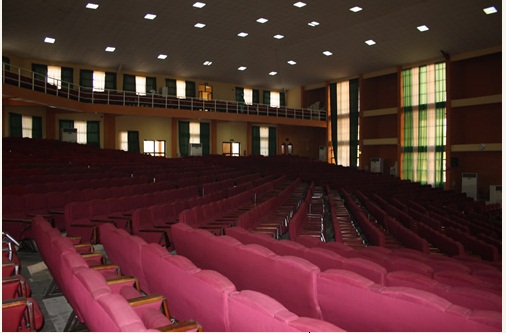 A Coalition of Thirteen Non-Governmental Organizations on Tuesday in Abuja condemned what it described as series of frivolous and unsubstantiated petitions by non-existing and self serving persons against the Vice Chancellor of the National Open University of Nigeria (NOUN), Professor Vincent Tenebe and the institution’s management.

The Advocates of Social Justice for All (ASJA), whose members have jointly written a counter petition to President Muhammadu Buhari on the controversy brewing at NOUN, said they discovered that the school’s students and non-students alike are being sponsored to write the petitions as part of an elaborate plan to force the management out of office to pave way for those behind the plot.

Students of the school, under the Congress of NOUN Students and other groups have in recent weeks written several petitions to various authorities, including President Buhari. They alleged that the school’s management is extorting students under various guises while also preventing them from forming a Student Union Government to champion their causes.

But Comrade Asongo Torkuma, Executive Secretary ASJA told a news briefing in Abuja that a fact finding mission by the coalition revealed a different scenario from that painted by the Congress of NOUN Students and other petitioners.

Torkuma said “Unfortunately, to our greatest disappointment we discovered that these were the machinations of a clique that is behind the allegations proven to be vague and spurious. Our independent findings as concerned citizens were able to establish that the allegations were basically activities of paid anti-corruption crusaders and their sponsors masquerading as whistle blowers as seen in our independent findings that.”

According to him, “In the course of our investigation, we discovered no concrete evidence of the claim that the school is tolerant of corrupt activities among its staff as the best proof tendered were around online rumour mills with no verifiable identities. The biggest shocker on our fact finding mission was when buildings belonging to corporate businesses were being pointed out to us as the alleged disproportionate assets of the Vice Chancellor and his management team.

“On the issue of student unionism, the management offered its explanation. It noted that NOUN is not in the mould of the regular universities, where all students are physically in the same congruous geographical space but are rather spread across the country. According to the management, it would be very easy for miscreants, militants and terrorists to sneak into any resulting association or union organised by the students with potentially serious security implications for the nation.” Torkuma explained.

The coalition appealed to President Buhari to put mechanisms in place to ensure that frivolous petitions do not distract the anti corruption fight as it noted that “The several petitions against Professor Vincent Tenebe and the management team of NOUN have ulterior motives that we suspect is part of efforts to overwhelm the anti-corruption efforts with frivolities that will increase the workload of the statutory agencies and derail their focus.

It further appealed to President Buhari to “cause the relevant agencies to expose those abusing the nation’s scarce resources by sending anti-corruption bodies on wild goose chase. Our belief is that a timely intervention along this line will discourage those who are wont to distract or mislead the anti-corruption fight in the education sector and other sectors of our national lives.”