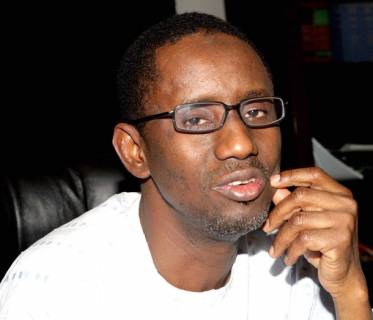 Adamawa state PDP governorship candidate, Nuhu Ribadu, famed for being the former nation’s anti-corruption Czar who battled all corrupt enemies of the Obasanjo government has made new startling revelations in an interview granted PremiumTimes Wednesday.

Nuhu Ribadu in the interview weirdly suggested that the threat of Boko Haram was the excuse for Mr Jonathan to remain president, saying that “Nigeria is in the middle of a war” and as such Jonathan should not be replaced, or else “Nigeria will disintegrate.”

Nigeria has remained in war for the entire 6 years of the Jonathan administration; public commentators have suggested that PDP may have maintained Boko Haram as an excuse to postpone,or otherwise cancel elections and defray any hand over; but this was the first time this strategy was being acknowledged by a top PDP politician.

It is recalled that when Iraq was faced with a similar governance problem, the Prime minister, Nouri al-Maliki resigned immediately in spite of the country being at war.

But people think he likes to appoint corrupt people into his government?

That also is another different thing. That does not necessarily mean he is a corrupt person. Governance is a very complicated and difficult thing.

All my life I have been an anti-corruption advocate. I have always tried to be honest in my life. I dislike corruption. At the same time, I know situations do come up where certain issues may be far more important than other things.

Are you saying it is only a Jonathan presidency that can foster the unity of this country?

So wherever you see this type of insurgency, the unity of the country is threatened. It is the same thing with Afghanistan and so on. So I am saying we need to be careful not to add other problems to the ones we already have.

I recently made the point that you do not need to change your commander-in-chief in the middle of a war, especially if there is success. We are presently recording huge success in bringing back peace and order and recovering our territories hitherto taken over by the insurgents. At this point, it makes sense for us to be calm and stable to ensure that we do not add other problems.

If we had terminated Obasanjo’s government in 2003, only God knows what would have happened to this country. He did well after 2003 and I believe it is going to be the same with President Goodluck Jonathan. I am not saying he did not do well, but that he will do even better in his second term. Interview here

Many Nigerians have reacted to this particular threat now common from PDP officials that hat they will rather choose disintegration if the PDP can fulfill its terror and thuggery threat than remain under this government that steals the entire nation’s commonwealth and is now killing them through permitting terror north and south.