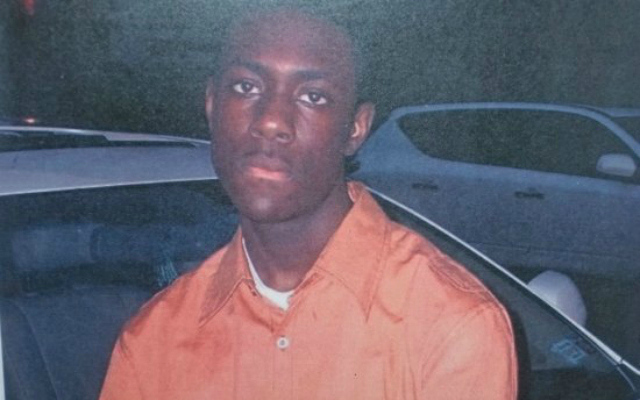 A Bronx judge threw out the manslaughter indictment against NYPD police officer Richard Haste, who fatally shot 18-year-old Ramarley Graham last year, over an error in court proceedings, according to ABC News.

In the days before his decision, Supreme Court Justice Steven L. Barrett reportedly went on record to say that he was considering throwing out the indictment because prosecutors may have acted improperly by advising jurors that they did not have to consider what other police officers told Haste before the fatal shooting.

And on Wednesday morning, Judge Barrett followed through with his decision.

According to Barrett’s line of thinking, the grand jury that decided to indict Haste in Graham’s death, may have come to a different decision if they fully considered that his peers reportedly informed him that Graham was armed.

Stuart London, Haste’s attorney, explains further, “The whole case centers around justification and the reasonableness of his actions. Officer Haste’s mindset was formed by fellow officers from his team. The grand jury may well have made a different decision.”

But the Justice’s decision reportedly brought Graham’s mother, Constance Malcolm, to tears in the courtroom as justice for her son seemed cruelly elusive.

This is an outrageous miscarriage of justice and an insult to the family and supporters of Ramarley Graham. We demand that a new Grand Jury is convened immediately and that the case is re-presented. We will be rallying and planning direct action at National Action Network’s Saturday action rally. The family will be present.

Obviously, the case isn’t over.

Even before Judge Barrett officially threw out the indictment, he reportedly said that he would allow  prosecutors to present the case again to the grand jury.

Either way, Malcolm told the press in the face of the case dismissal earlier this month, “We will continue to fight because we will get justice.”

Graham was shot and killed in his bathroom by Officer Haste on February 2, 2012, after he was pursued by Haste and his narcotics unit.

Haste and his fellow officers were reportedly monitoring a local bodega for drug activity, when they allegedly spotted Graham in a drug deal.

Police claim that Graham gave chase once he saw police officers and then refused to put his hands up when commanded to, causing Haste to pull the trigger and end the teen’s life. Graham was allegedly attempting to flush the small purchase of marijuana down the toilet.

But what can be clearly seen on a surveillance tape tells a different story.

If Graham was indeed running from a drug deal gone bad, why is he seen on video calmly entering his home? And while officers are seen running up to the residence and immediately kicking the door down, why did they refuse to follow protocol and announce themselves and then enter Graham’s residence WITHOUT  a search warrant?

Another major issue is the shooting of an UNARMED teen. Police contend that they told Haste the teen was armed, supposedly justifying Haste’s extreme use of force. Will anyone be held accountable for this call and why is it when it comes to our Black males, police officers can never seem to ascertain whether they are armed?

Just ask 16-year-old Kimani Gray, 19-year-old Kendrec McDade, and 68-year-old former Marine Kenneth Chamberlain who were all unarmed Black males who were fatally shot by the police in the last year or so.

Yes, the judge’s decision to throw out this case is an initial hurdle wrapped in technicalities, but given the track record of this country to convict the boys in blue when they improperly cut down Black boys and men, it wouldn’t be much of a surprise if Graham’s murder was legally justified as well.

NewsOne will continue to keep you updated on the proceedings of this murder case.