“Mr. Obama has placed himself at the helm of a top secret “nominations” process to designate terrorists for kill or capture, of which the capture part has become largely theoretical. He had vowed to align the fight against Al Qaeda with American values; the chart, introducing people whose deaths he might soon be asked to order, underscored just what a moral and legal conundrum this could be,” reports the NY Times, adding that one of the targets in Yemen is “a girl who looked even younger than her 17 years,” and that “Several were Americans.” 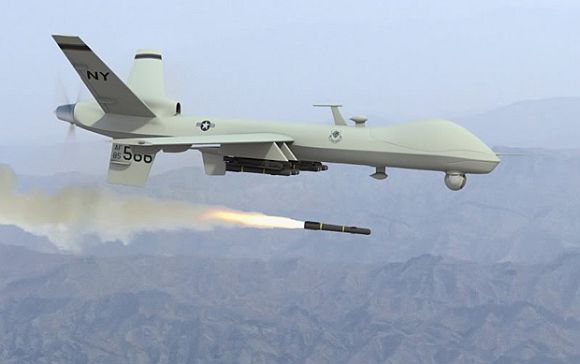 The White House has asserted the right to carry out state-sponsored assassination anywhere in the world without having to provide any evidence or go through any legal process. The administration merely has to state that the target is a terrorist and it doesn’t matter whether they are an American citizen or not, as we saw in the case of American-born Anwar al-Awlaki and his son, who were both killed last year.

In December, Obama administration lawyers reaffirmed their backing for state sponsored assassination, claiming that “U.S. citizens are legitimate military targets” and do not have the right to any legal protection against being marked for summary execution.

During a CBS 60 Minutes interview in January, Secretary of Defense Leon Panetta revealed that Obama himself personally approves the policy to kill American citizens suspected of terrorism without trial on a case by case basis.

“So it’s the requirement of the administration under the current legal understanding that the president has to make that declaration, not you?” Panetta was asked, to which he replied, “That is correct.”

The fact that the administration is carrying out state-sponsored assassination with absolutely no regard to legal due process in the name of fighting Al-Qaeda is particularly brazen given the fact that the US has backed Al-Qaeda terrorists in both Libya and Syria in the effort to overthrow Colonel Gaddafi and Bashar Al-Assad.

“In the USA, it is illegal to impose executions on people under 18, something that most Democrats would support, I suppose. Yet, their vaunted president, Barack Obama, has declared that a 17-year-old girl is to be gunned down if American spies can find her,” writes Bill Anderson.

“Somehow, I doubt that there will be a peep of protest about that at the Democratic National Convention this summer. And, to make things even more depressing, I’m sure that the Republicans will claim that Obama is “soft on terrorism” and is too “timid” to launch the U.S. Killing Machine in full force. So it has come to this: Washington, D.C., is the new home of Murder, Inc.”

Given that spy drones used to hunt down insurgents in Afghanistan and Iraq are now not only being deployed domestically but also armed with non-lethal weapons, how long before such technology is used to assassinate American citizens on U.S. soil based on the mere claim that the target is a terrorist?