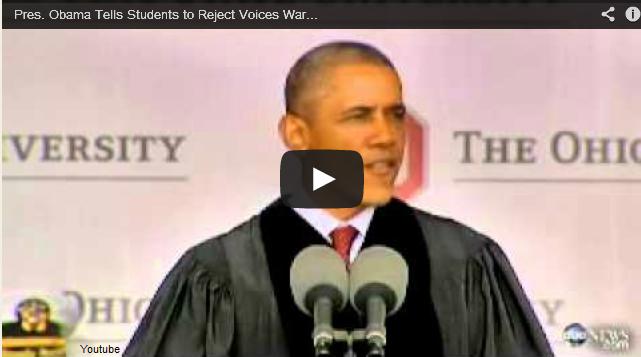 Addressing 2013 graduates at the Ohio State University in Columbus today, Obama’s speech writers took the opportunity to remind outgoing grads that the government is definitely not “some separate, sinister entity” like people have said, which is why anyone caught questioning this irrefutable fact should be outright rejected.

OBAMA: Unfortunately, you’ve grown up hearing voices that incessantly warn of government as nothing more than some separate, sinister entity that’s at the root of all our problems. Some of these same voices also do their best to gum up the works. They’ll warn that tyranny always lurking just around the corner. You should reject these voices. Because what they suggest is that our brave, and creative, and unique experiment in self-rule is somehow just a sham with which we can’t be trusted.

We have never been a people who place all our faith in government to solve our problems. We shouldn’t want to. But we don’t think the government is the source of all our problems, either. Because we understand that this democracy is ours. And as citizens, we understand that it’s not about what America can do for us, it’s about what can be done by us, together, through the hard and frustrating but absolutely necessary work of self-government. And class of 2013, you have to be involved in that process.