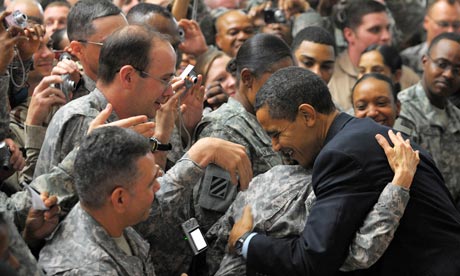 In my country, when people, be they gangsters, the mob, rogues or armed robbers, steal something. The risk and recompense is a road and/or copter chase by the security forces and apprehension or a shoot-out in attempt to apprehend or kill.

In Afghanistan, when you steal, the risk or recompense is- a full air strike with ‘Hell-fire’ missiles, aimed at annihilating you and those around you!

Thank goodness I and I hope you, do not live in Obama’s Afghanistan.

Aljazeera- At least 60(update-90+) people have been killed in a suspected US air raid in Kunduz province, northern Afghanistan, the governor of the province said.

Two petrol lorries were hit by the air attack, government sources told Al Jazeera on Friday, but a Taliban spokesman said only one abandoned lorry was hit, killing 90 civilians.

James Bays, Al Jazeera’s correspondent in Kabul, said members of the Taliban reportedly hijacked the lorries, travelling from Tajikistan, and took them to the district of Aliabad.

“The Taliban there said ‘Help yourself’ to the village, and a large crowd appeared,” Bays said.

“It appears that then the US then launched a bombing mission to bomb those trucks.”

“Afghan intelligence sources said that a very large number of people had been killed, and the governor of Kunduz province said many of the dead were Taliban.”

A Taliban spokesman confirmed that the two lorries were hijacked, but that one got stuck in the mud in Aliabad district and was abandoned.

The air attack hit the abandoned lorry, the spokesman said, killing 90 civilians who had come out to take the fuel.

An Al Jazeera producer in Kunduz province said that he had seen at least 15 injured people in a local hospital, all burn-victims, and all of them said they had lost family in the incident.

“If these reports are confirmed, this will be a definite blow to General [Stanley] McChrystal, the US army commander in Afghanistan, who has urged US forces to avoid civilian causalities where at all possible,” Bays said.