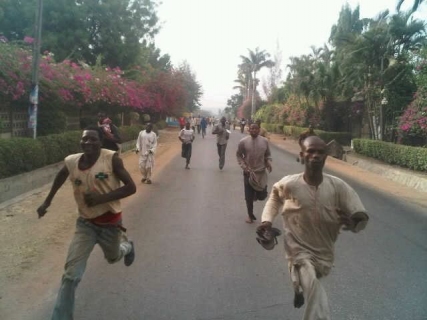 In the heavy gunfire battle which took place at Bori, Rivers State, between soldiers and militants, at least three died including an innocent Okada driver struck down by military bullets. His mouth was blown off in too graphic pictures to publish.