Ohanaeze And MASSOB Will All Die A Shameful Death – Radio Biafra 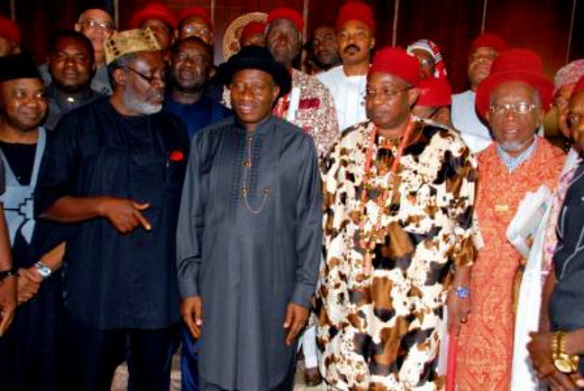 The Radio Biafra seditious pirate radio in their Sunday broadcast in no soft terms condemned and denounced the Ohanaeze socio-cultural group as well as MASSOB.

Clifford Iroanya speaking to deputy director Uche Mefor said ‘Ohanaeze will all die a shameful death as will MASSOB.’

There has been no love for almost a decade between MASSOB led by Uwazurike and Radio Biafra. We reported earlier in a self made testimony by Nwannekaenyi Okwu-Kanu aka Nnamdi Kanu – arrested for terrorism– on how MASSOB kidnapped him and urinated and spat on him.

Nnamdi Kanu had also stated that MASSOB are the leaders of the Eastern kidnapping gang, alleging that they told him when they kidnapped him of many eminent Nigerians MASSOB had kidnapped, further stating that he planned to reveal these names in a book he was writing. 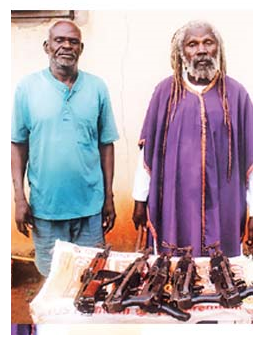 Ohanaeze has called for Kanu’s release by the government, though the statement made in levity is not expected to be honored due to the gravity of charges with public evidence against Kanu.

Kanu is on viral video in Los Angeles last September asking for guns and stating that he already had guns that he would use to terrorize Nigeria.

According to intelligence sources, seriously incriminating evidence was found after interrogating and investigating him since his arrest. His faceBook and other personal and company data mined revealed connections to terror activities, terror financing and acquisition and supply of dangerous weapons in Nigeria.

Nnamdi Kanu was declared wanted by the Imo state police command in March of this year while purchasing weapons. Two General overseer pastors were arrested with high caliber automatic weapons they had been supplying to Kanu.

Speaking in strong fanatical terms, the Radio Biafra cult in the broadcast said the directors of the renegade group had taken a blood oath to die seeking Biafra.