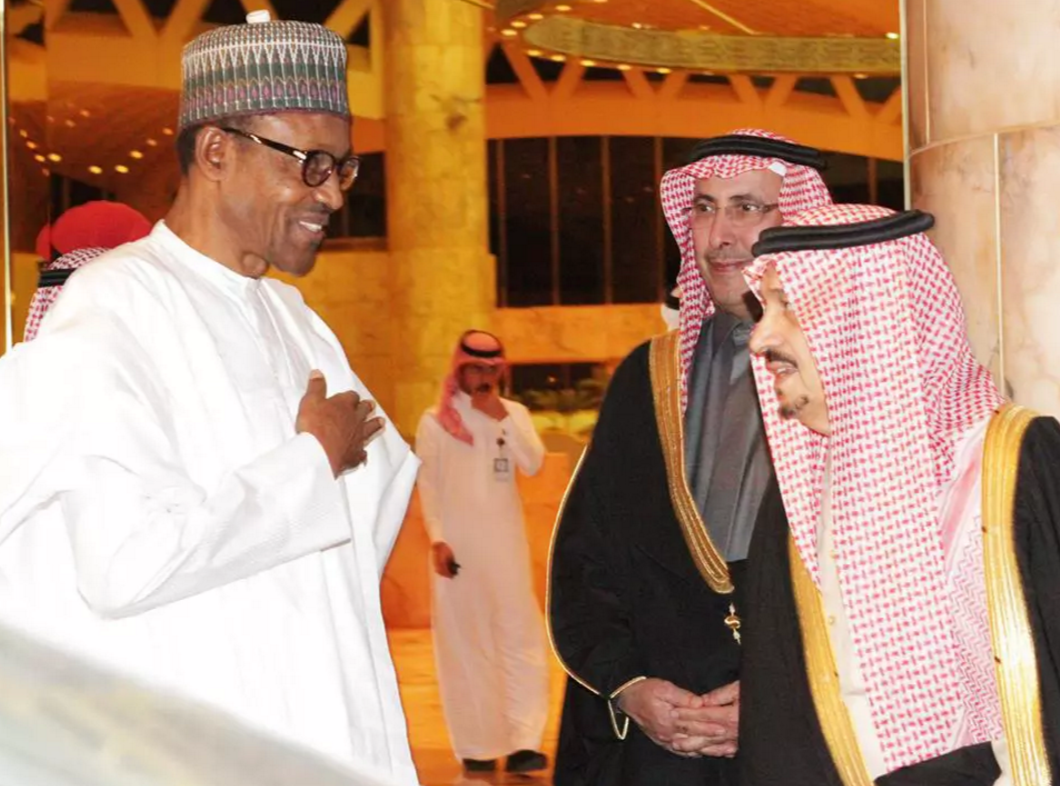 Global politics is petty and infantile, but it’s worse things if you are a mere victim of it and not even in the game. While it may seem that Nigeria has no significant role or influence in changing world economic woes, the reality may be quite different, considering how petty and malicious global players are.

If Nigeria knows the true game being played and goes from a position of information, that would help. But the greater worry is what Nigeria may agree to further exchange for relief. Sometimes, especially when national leaders are ill-informed and inproficient, freedoms of its people or sections thereof are mortgaged for economic relief. Sometimes from a position of disadvantage, more is given for less; for instance in Nigeria’s recent negotiations with the UAE, Emirate giants like Etisalat can gain so much on gifted tax breaks in return for favors.

The global oil price slump was no accident. It was a deliberate cold war by the US and Saudi Arabia against Russia and Iran. In 2013, the US was seriously upset with Russia for its invasion of Ukraine. Saudi Arabia had begged Russia to allow the US bomb Assad crazy. Russia refused and we remember the world blocked Obama’s bombing campaign the Arabs had promised to fully sponsor. Saudi had even gone as far as offering serious oil deal-bribe to Russia and assuring it they will keep it safe from Chechnyan terrorists during the Sochi Olympics. Russia rebuffed their offer.

Assisted with Hezbollah and Iranian support, Assad held forte and Syria trumped over thousands of Saudi, Turkey and other Arab state recruited and equipped terrorist fighters deployed in the State. A billions of dollars war campaign against Syria failed to deliver desired results. The campaign rather turned on Iraq and erupted the Middle east with Assad still in power. I had written a global article, “Prison Break- Syria Endgame” that described most dangerous techniques used in the war against Syria. Hundreds of the world’s deadliest terrorists were freed from prisons across the Arab world to be deployed against Assad via camps in Turkey. All this failed to topple Assad.

Punish Russia And Iran For “Meddling In the Middle East”– Fadel Gheit, Oppenheimer

To this end, there was a plan to punish and frustrate Russia. Economic cold wars are always the safe method. They bring vulnerable nations quickly to their knees. Democracy or semi-democratic systems are their favorites. The only nation in recent history where they failed was Iran which refused to crumble under the harshest and longest economic sanctions in recent human history.

Saudi Arabia and the U.S.A., puppets of the wealthy Saudi royals decided to strike Russia’s economy by tanking global oil prices. Saudi pumped oil at above maximum capacity and refused to adjust levels in spite of market demands. Saudi Arabia went to argue to OPEC that there was a need to crash global oil prices to frustrate investors in US Shale. It claimed there was a sudden increased investment in Shale technology and the way to battle and discourage investors was by flooding the market. OPEC producers kicked but the Hell-bent Sauds did not budge. Two years later it is clear this was a sham and failed strategy in entirety. Nothing was achieved in discouraging US investors which further proves this was a scam. But the interesting thing the Saudi’s had failed to state was how much stock Sabic, Saudi’s largest and 70% State-owned oil investment company had in US Shale. You can imagine-a whole lot as with practically all US businesses.

NYTimes, BBC, OilPrice, NYPost, Bloomberg/Oppenheimer and all other analysts have categorically stated that the crash in global oil prices was not so much about US shale but rather a cold war by Saudi Arabia and the US against Russia and Iran. It is no surprise that after the war largely failed, with Russia’s brazen decision to bomb the Saudi-backed terrorists in Syria to the afterlife, the Saud’s proposed–5 years down–to put boots on the ground in Syria and the US decided it was time to negotiate a cease-fire.

Millions have however suffered and died not only in Syria but across the world thanks to Saudi screwy, failed games against Russia and Iran and the unnecessarily crashed global economy, over the two-years.

So how will Nigeria negotiate with Saudi Arabia? By begging for perks? By promising to limit freedoms of Saudi political enemy allegedly affiliated minorities in Nigeria? By begging for the maintenance of the finally agreed upon Saudi-Russia freeze? Or by warning Saudi Arabia to quit playing games with human lives all for stupid sectarian political evil purposes?