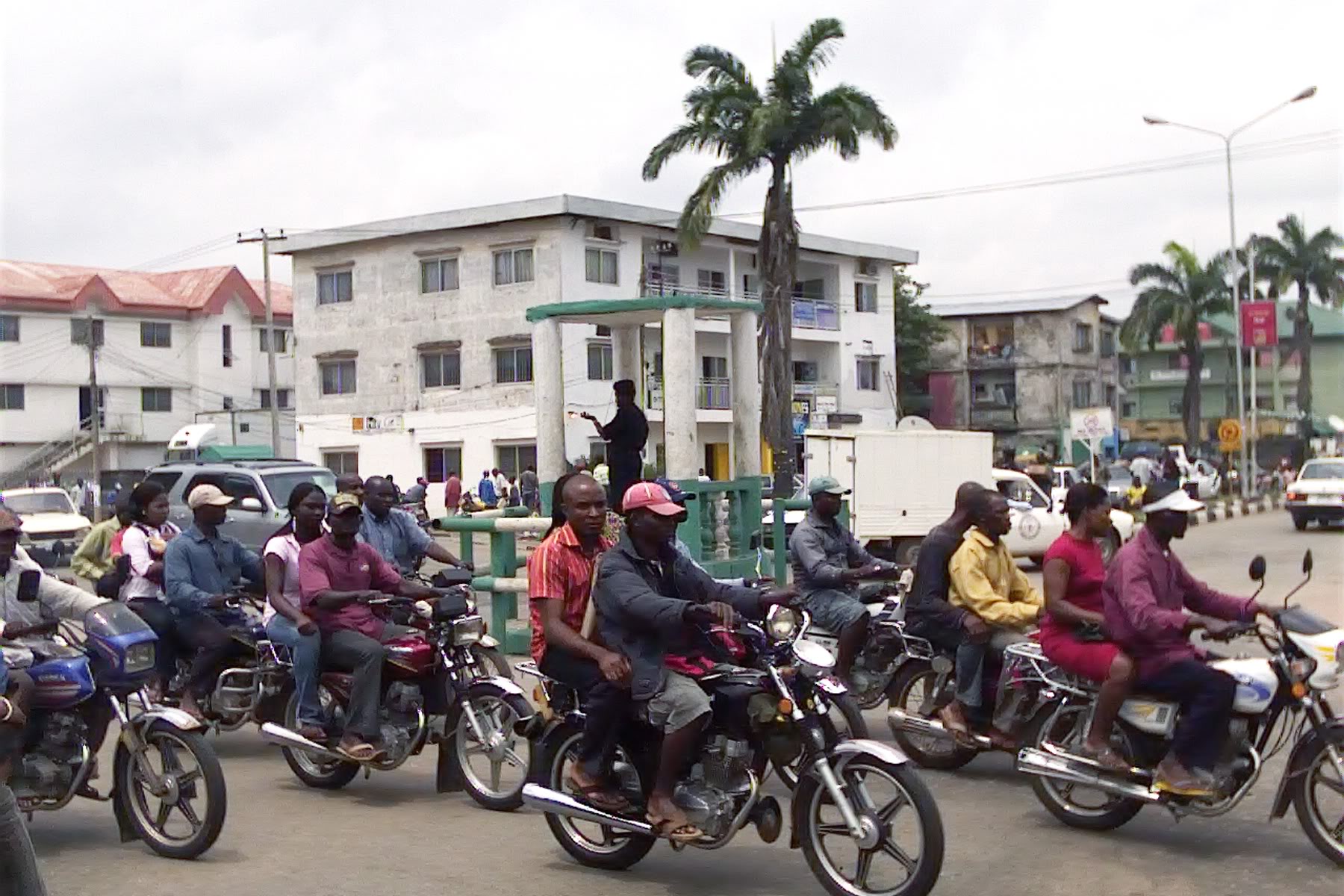 Being a business that has been in existence for scores of decade in
Nigeria, Okada is a word emanated from Yoruba Language which means
momotorcycle, from there it transformed to motorcycle riding as a
business (motorcycle taxi). It is a business of low socio-economic
class of individuals, mostly youth and somewhat elderly ones. They do
it as a work in order to be self-reliant and to support their family,
even though it is considered to be a zany business to some category of
people including some parts of government. Looking at the way some
state governments rebuffed the deal peculiarly within the capital
cities, it pained some Okada riders on one part, and on the other part
the way some people are chewing over the business as a relegated
artefact is in sooth, a gloomy to the riders to such an extent that
profuse Okada riders steered clear of the profession while others
substituted it by riding tricycle which now a days is accustomed by
government and some community members.

Despite all the hindrance that the occupation has, still its
remunerative nature instigated some people to even sold their
momentous properties; farms, animals, plots inter alia, and bought
motorcycle just for their unfading believe in the dealing. Indeed they
were right, because it is run-of-the-mill to see an okada rider with
so many commodities including house(s) and good socio-economic status
all gained from okada, this is apparently part of what makes the
business a cash cow.

Nonetheless, people from cities and remote areas are being captivated
by this business, in which the former have the advantage of friendship
with their conventional city men and people of remote areas, beside
the profitable zeal that brings them out of their respective houses,
while the later are blessed to have garden-fresh background which
perhaps is dissimilar to their own inaguaral one. Really okada,
socializes, educates and financially uplifts.