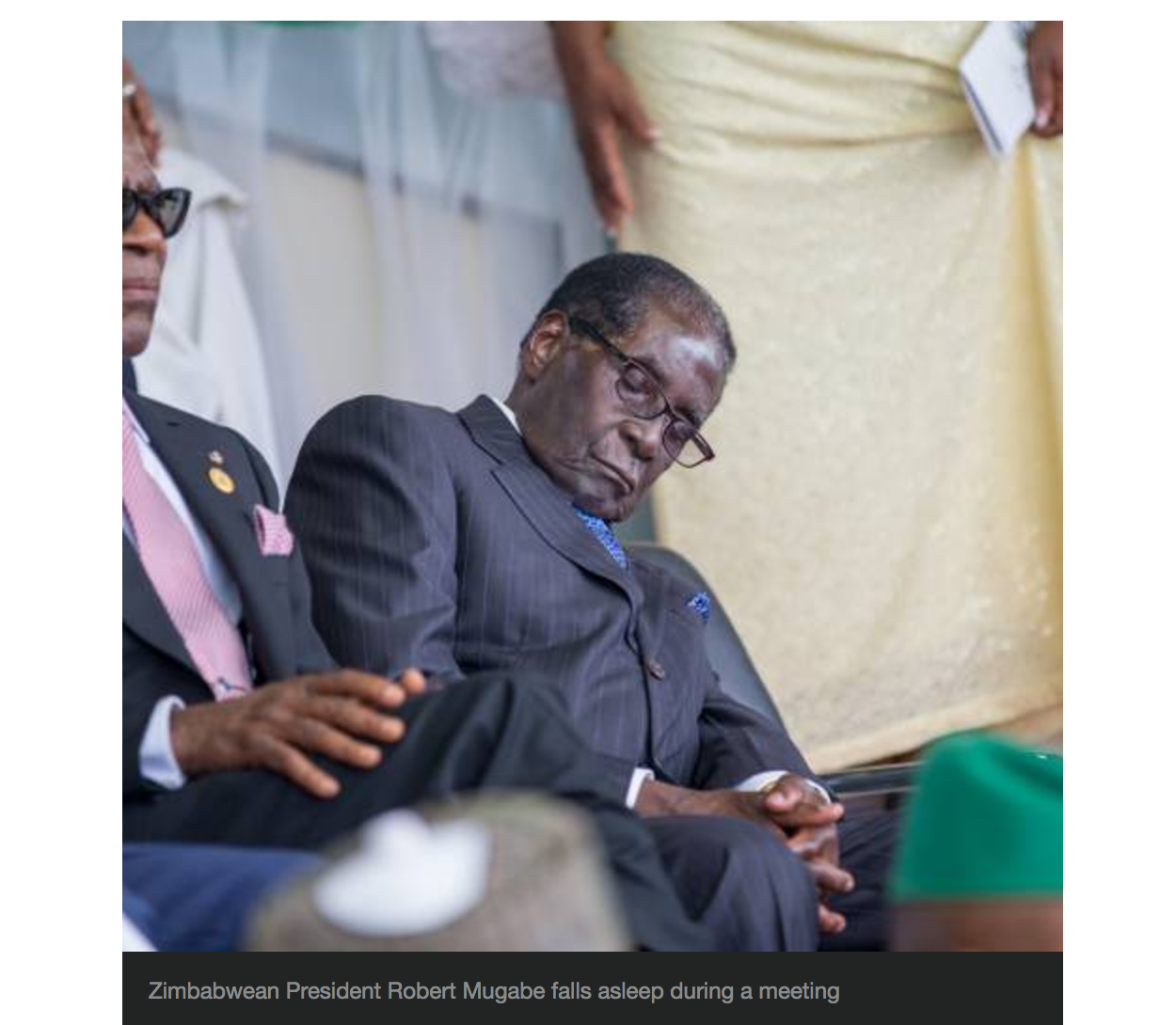 According to The Herald, Mr. Mugabe left Zimbabwe on Monday to receive a “routine medical check-up” in Singapore. He is scheduled to return on Saturday for the burial of former Zimbabwean Chief Justice Godfrey Chidyausiku.

AFP reports the Zimbabwean strongman, who has ruled the country since 1980 and is seeking reelection next year, routinely leaves the country for medical treatment. His last medical vacation was in March.

Mr. Mugabe regularly falls asleep during meetings and has difficulty walking. But despite the president’s old age, the ruling Zimbabwe African National Union – Patriotic Front (ZANU-PF) nominated him to run in the 2018 presidential elections.

His trip to Singapore comes after Nigerian President Muhammadu Buhari flew to London in order to receive medical attention for the second time this year.