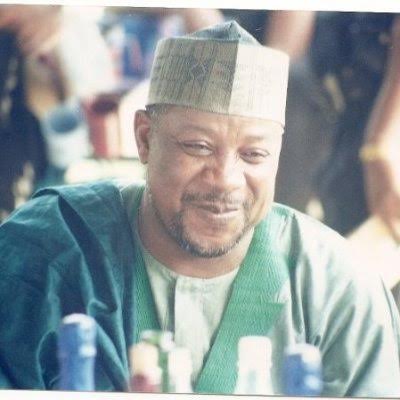 “When you have a determine focus to succeed, you cannot fail because they say “one does not fail from a prone position”.  – Unknown

The gods of politics in our modern day democracy are indeed very grateful and happy with the good people of Awe/Doma/Keana Federal Constituency following the massive re-election of Hon. Mohammed Ogoshi Onawo – Turakin Doma for second term bid in office as a Federal Lawmaker.

If it may be recalled on 28th May, 2015 was the memorable day that the collation officer of the National Assembly Election of Awe/Doma/Keana Federal Constituency, Dr. Onuorah M.O declared Hon. Mohammed Ogoshi Onawo, the incumbent Federal Lawmaker as the winner of the election under the most free, fair and credible elections ever in the annals of history in Nigeria. He defeated Hon. Yahaya Adams with more than 600 votes. The collation officer had hardly officially concluded this declaration when the people of Awe/Doma/Keana Federal Constituency came out en-mass both youths, women and the aged with jubilations and celebrations of the victory that lasted over a week.

The APC Candidate – Hon. Yahaya Adams is neither nor a threat to the PDP Candidate – Hon. Mohammed Ogoshi Onawo in the Federal House of Representatives context judging by his effective representation and track record of success as a Federal lawmaker for the past four years.

There is no doubt that the APC wind of change was strong in other states of the Federation but could not hold water in Nasarawa State during, the Presidential/National Assembly elections owing to the obvious fact that, the PDP has its endemic roots in the state while the APC is yet to find its bearing.

Not many people knew where Onawo was going during, the Primary and Secondary Elections until he became victorious. The gentleman remains firm and focus despite hurdles and he employed wise political strategy which swept away many political pundits and become talk of the town as a political guru. A situation that triggers his detractors that held their views of defeat to resort into empty petition to the tribunal, I am referring to the petition without facts, especially the one that cannot give the testimony beyond reasonable doubt. If not ignorance of the law for God sake, how could somebody from Awe talk about what happened in Doma? How could somebody in Doma talk about what happened in Keana? As well as somebody in Doma should talk about what happened in Ekye? What a ghost attitude!

Funny enough; the petitioner could not complained in the collation centre which is an indication that he has accepted defeat but later prove otherwise. What an irony is this?

Interestingly, in the game of democracy there is always a winner and the loser. A true democrat is not he who losses the game but he who accept defeat in good faith without jealousy or envying the winner in any manner in true sense of sportsmanship.

It is equally expedient, at this point to use this golden opportunity to call on Hon. Yahaya Adams to accept defeat and withdraw his petition at the tribunal considering the fact that our ambassador of peace and humane legislator, Hon. Mohammed Ogoshi Onawo embrace him and declared his office open to all and sundry irrespective of political differences in the interest of peace, unity and progress of Alago Nation at all times.

Finally, the Election Petition Tribunal in Nasarawa State particularly, the one concerned should never allow itself to be used in any way or suborned into uncharacteristic role of serving narrow political ends by the agents of destabilization and other elements who mean ill to the very existence of the Federal Constituency because such elements exist in every democracy. But the tribunal as part and parcel of the judiciary should always recognize that its functions were conceived and can only have meaning within the context of the stable existence of the Federal Constituency and beyond.

It is my prayer that the Honourable Petition Tribunal sitting in Lafia, the State Capital of Nasarawa State will be just and fair to affirm the victory of Hon. Mohammed Ogoshi Onawo as the choice of God and the hope of the constituents. His performances in terms of legislative functions and dividends of democracy at the Green Chamber of the National Assembly was not only enough to earn him second term but campaign for his re-election. However, this is the type of politician that one supposed to reckon with him in the scene of political dispensation in the country as a whole.

Former S.A to the Executive Chairman of