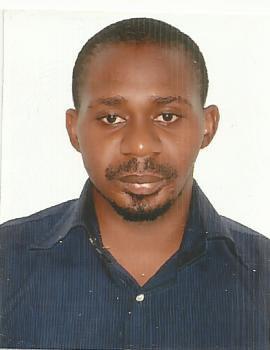 Severally, I have heard many say governments the world over have never and would never be able to offer jobs to every of their citizens in need of a job. They may be correct but …

If you ask me, the Nigerian government is capable of employing most (if not all) of the unemployed in the country, living the private sector scrambling for just few hands left unemployed. I will say how shortly. I am not here to criticize the Nigerian government for the unbelievably high and scary unemployment figures (even though I should); I would rather present one formula that I believe if our government and the citizens agree to it, will effectively crash unemployment to a low and less scary number.

My suggestion: Let every federating unit (state or region as the case may be) be in control of and manage the resources found within her domain, paying only an agreed percentage to the Federal Government to cover expenses for duties that would be agreed as those to be undertaken by the Federal Government. How would this reduce unemployment? I will explain.

Let me use Benue State my home state to illustrate.

Agriculture: Year after year, large quantities of tomatoes, oranges, mangoes and such other crops that cannot be easily preserved are wasted in Benue State. At the time of harvesting, these crops flood the markets; with only a handful of buyers not all of it gets bought leaving a large chunk to go to waste. In addition, because the crops are usually in excess during harvest, buyers seen the potential of loses by farmers if not bought offer ridiculous prices forcing the farmers to choose between giving away their crops at these insulting prices or suffer total loss. This has scared many potential farmers from venturing into agribusiness for fear of losing their investments. If the Benue State government has no ‘free oil’ money from FG, I believe it would set up industries that would process these crops into finished and value added products that could be sold to other parts of Nigeria and even exported, earning large income for the state.

Soybeans and ground nuts are other crops that the government has failed to tap into. Taraku Mills whose idea was muted in 1982 by the late Aper Aku’s regime created a ready market for these crops (when it started production in 1986). The mill described as the largest of its kind in West Africa was known for producing quality and healthy vegetable oil and by-products (especially animal feeds) from ground nuts, soybeans, sun flower seeds; today, this company is a shadow of its glorious self. Traders from other parts of the country come to buy these produce (ground nuts and others) at give away prices from farmers; again, this serves as a disincentive to many who have now abandoned farming thus worsening the already bad unemployment situation. Yams, cassava, maize, pears, millet, corn etc share similar fate as no industries exist to convert them into value added products.

Setting up factories will mean there is a ready market for these crops. It would also mean that in addition to the many that would be employed directly by these companies, many more would take to agriculture knowing they won’t sweat only to throw away their produce to opportunists at give away prices or see them decaying right before them in their farms or stalls in the various local markets scattered across the state. Several others would also be indirectly employed by the companies.

Mineral deposits: Benue State is blessed with an abundance of Limestone, Gypsum, Kaolin, natural Gas, Salt, Petroleum Oil, Lead and Zinc, Barytes, Clay, Coal, Calcite, Gemstones and Magnetite1 (etc). Time and space will fail me to write on the industrial potentials of each of these natural endowments. So far, only limestone is being exploited on a commercial scale by the Dangote Group (at little to zero benefit to the state and its people, especially in terms of employment); the rest are lying underground untapped and may remain so unless a firm decision is taken to wean the federating units from dependence on oily crumbs from Abuja; the now popular “feeding bottle economy”.  Each of these minerals if found in sufficient quantity can create an industry capable of employing directly hundreds (at least) and indirectly thousands.

Tourism:  The following are potential tourist events/destinations left undeveloped by the Benue State government just because there is a monthly free cash to be grabbed from Abuja; Ushongo Hills, Ikwe Holiday Resort Natural/Man-made, Enemabia Warm Spring, Kwagh-hir Puppet Festival, TIV Anger Weavers1 and several others. None of these tourist sweethearts, even though capable of international attention, is known beyond the state and for some beyond their host communities! Very sad, to have so much yet live on so little simply because one is just too lazy.

This is but a tip of the iceberg for Benue State. The story line is the same for each of the remaining 35 states of the federation and Abuja, the Federal Capital Territory. Each is blessed with an abundance of resources which we the poor trample under feet in our pursuit of non-existent government jobs, while the government officials drive over in their cars each worth the cost of at least five 2-bedroom flats as they scurry to Abuja to receive a slice of the fast disappearing national cake. Pathetic!

Until a father stops giving his son transport to visit friends, money to buy footwear, clothes, buy air time, cut his hair, take his girl out, giving him the kind of food he likes and when he wants it etc, the boy will NEVER see the need to work to earn his own money. In a similar vein, until FG stops feeding the federating units with oil money, they will NEVER see the need to fashion their own peculiar sources of income in a bid to cut from dependence on the Abuja handouts.

The FG needs to (no, MUST) cede control of resources to the federating units. However to give other units without a developed means of income time to develop such means, there will be a gradual withdrawal of allocations; after 1st year, allocation drops to ¾ (75%), 2nd year ½ (50%), 3rd year ¼ (25%) and by end of 4th year the federating units start running on their own; making their own money and paying only a percentage to the Federal Government. I leave the experts to work out how.

Sadly, I read that the ongoing National Conference has rejected a proposal to review the governance structure of the country to pave way for less power (both political and economical) at the center and more at the units (states or regions as the case may be). This is not surprising, the sharing of oil revenue by states has the effect of a drug of addiction, the states are hooked on oil revenue like one gets hooked on cocaine. No addict gives up the habit without a fight; sometimes the addict must be passed through extremes of situations to be cured of the addiction. It has to be so with the states.  I must also add that if an addict has not decided to quit addiction, the efforts of the best therapist will end in futility. The states must be willing!

Please, be informed that I am NOT from an oil producing state, so my argument for control of resources by federating units runs much more deeper than the “it-is-our-oil-let’s-control-it” thinking. The reasoning behind my position is simple; if the FG continues to controls resources and hands out money to states, the states would have no motivation to develop their own means of sustenance; but if each state is to control what nature has placed in its domain, there would be massive industrial and technological developments (may be revolution) by the states to ensure substantial revenue flows in uninhibited; the inevitable consequence of this is massive employment generation.

If my argument/logic is valid (as I believe it is), then Nigerians should know that those who kick against the management of resources by the federating units (known to many as resource control) are the ones who want a perpetual and sustained increase in the unemployment figures in Nigeria. We are watching, we will see who is for us or against us; we shall do the needful when the time is ripe.