One World Media For ‘Global Citizens’- 2009 World Economic Forum; Are You Ready? The Global Agenda Council on the Future of Media proposes the following:
A new value proposition for journalism and its mission in society. The Council is championing a new global, independent news and information service whose role is to inform, educate and improve the state of the world – one that would take advantage of all platforms of content delivery from mobile to satellite and online to create a new global network. It could bring together journalists and citizens, aggregating content to create new communities of interest that cross the boundaries already crossed by companies and NGOs and that eliminate the barriers that so often frustrate truly global responses. 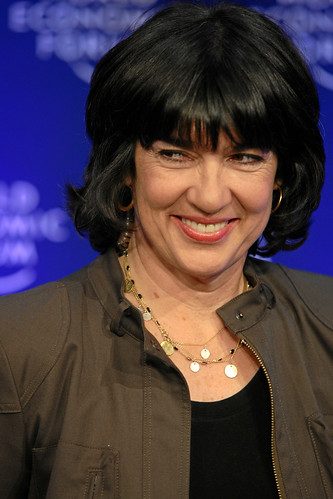 And how do we advance the proposals of the Network of Global Agenda Councils if not through an ambitious act of journalism itself?

It will take innovative public-private funding to provide that global voice, one that can both generate content and imagine a new global community in which people can share, participate and disagree, with a focus on mission rather than the bottom line. That voice, and the content it creates, will act as a focus for providing education, campaigning for access and championing empowerment. …

Why is something new required in a world seemingly awash with information? In a world where there are calls for global governance as a response to a global financial crisis, where scientific research, capital flows and production chains are globalized, the media and the communities in which we imagine ourselves remain fiercely localized.

Even the media voices we think of as international come from London, Qatar or Atlanta. Via the World Economic Forum committed to improving the state of the world, the agenda that will deliver those improvements needs a genuine, global voice that shares that fundamental commitment.

Communicating a global agenda, and motivating and mobilizing people to support it, requires an initiative of global imagination, and why shouldn’t such an initiative come from the World Economic Forum and its Members?

Elite members of the World Economic Forum (WEF) meeting in Davos, Switzerland, recently considered a proposal for a new global television network to usher in a state of “global governance.” The concept strikes some as authoritarian, even totalitarian. But the parent company of Fox News was one of the sponsors of this year’s gathering.

The media proposal, which was included in “The Global Agenda 2009” report, is to create “a new global network” with “the capacity to connect the world, bridging cultures and peoples, and telling us who we are and what we mean to each other.” Several prominent U.S. media figures signed on to the alarming and controversial proposal.

Isn’t it nice that we might have a TV network telling us “who we are?” And “what we mean to each other?” Perhaps we will learn that we are global citizens. Perhaps a global leader of some sort will tell us that. Who might that be?

This proposal doesn’t come from a fringe organization. The WEF is an exclusive club of very rich and powerful people from around the world. It describes itself as “an independent international organization committed to improving the state of the world by engaging leaders in partnerships to shape global, regional and industry agendas.”

This year’s conference featured speeches by U.N. Secretary-General Ban Ki-moon and Chinese Premier We Jiabao. Many U.S. corporations, including some getting Wall Street bailout money, were sponsors. News Corporation, the parent of Fox News, was a “strategic partner” of the event. 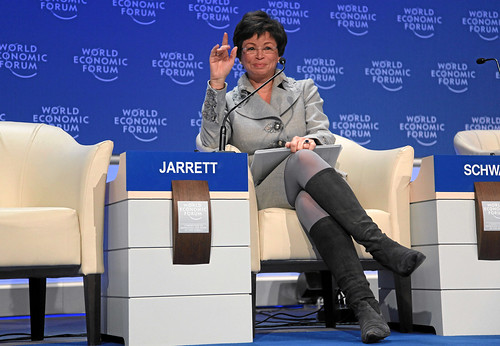 Valerie Jarrett, Assistant to the President for Intergovernmental Relations and Public Liaison, represented the Obama Administration at this year’s event and called leaders from all nations to “seize gladly” the duties of collaborating and boldly embrace “a new era of global financial responsibility.”

But the WEF also envisions cooperation and collaboration in global media ventures. It asks, “How can we save journalism to help it save the world?” Clearly, this is advocacy journalism on a global scale.

Indeed, the list of “Recommendations” says it is imperative to start “Communicating a global agenda, and motivating and mobilizing people to support it…”

Is this journalism? Or is it brainwashing and propaganda?

It says that “a genuine, global voice” is needed that shares a “fundamental commitment” to being an international media voice, and makes mention of “the media voices we think of as international” coming from London (the BBC), Qatar (Al-Jazeera) or Atlanta (CNN).

BBC is known for its anti-American programming, Al-Jazeera for its pro-terrorist slant, and CNN for its left-wing and pro-Democratic bias.

It will take “innovative public-private funding” to bring this new network into being, apparently meaning that the taxpayers in the U.S. will have to be soaked in order to help bring this about. But no price tag is put on the venture and no objection was apparently raised to government funding of such a network on a global basis. An “overview” statement does, however, decry “censorship and self-censorship.”

Elsewhere in the report (page 31 WEForum pdf) the idea of “international taxation” is proposed for “global action” of various kinds. Perhaps this is a vehicle for raising revenue for the new “global voice.”

The media proposal was developed by one of several “Global Agenda Councils” under the auspices of the WEF. The new TV network proposal was issued under the supervision of Pat Mitchell, the president of the Paley Center for Media and former President and Chief Executive Officer of the Public Broadcasting Service. She was the chair of the Global Agenda Council on the Future of Media.

Other members of the Council on the Future of Media were Betsy Morgan of the left-wing Huffington Post (former general manager of CBSNews.com); Rui Chenggang of China Central Television, an official political propaganda arm of the communist regime; and Zafar Siddiqi of CNBC Arabiya, a subsidiary of General Electric which is described as a 24-hour Arabic language financial and business information channel.

There is no indication in the published report that the Huffington Post executive raised any objection to working hand-in-glove with the communist propaganda channel. Is the Chinese media model a precedent for the new “global network?” The conference was covered by media organizations such as CNBC, CNN, Bloomberg, Forbes and Fox, but no coverage that we could find was devoted to the proposal for a government-financed global media network. Talk about self-censorship!

John J. DeGioia, President of Georgetown University and the “Rapporteur of the Global Agenda Councils focusing on Society and Values,” summarized the work of Mitchell’s panel. He says (page 46 WEF pdf) that, “We believe that this new moment also calls for a new media platform, across all media channels, a global non-profit ‘CNN’ providing a new form of independent journalism to inform, illuminate and deepen knowledge about issues that improve the state of the world.”

According to DeGioia’s biography, he walks the walk and is dedicated to helping “prepare young people for leadership roles in the global community.” His bio adds, “He is a member of the U.S. National Commission for UNESCO and Chair of its Education Committee and he represents Georgetown at the World Economic Forum and on the Council on Foreign Relations.”

The media council took advantage of what a description of its work said was an “enormous opportunity” to “redefine the media and its roles in a global, interconnected society.”

Under the title of “Recommendations” (page 182 (WEForum pdf), the Council on the Future of Media declares that “The Council is championing a new global, independent news and information service whose role is to inform, educate and improve the state of the world?one that would take advantage of all platforms of content delivery from mobile to satellite and online to create a new global network.”

It goes on, “In a world where there are calls for global governance as a response to a global financial crisis, where scientific research, capital flows and production chains are globalized, the media and the communities in which we imagine ourselves remain fiercely localized.” Hence, a global network will work against “localized” or national-based systems and convince people to go “global” with their outlook and solutions. In other words, the new network will help undermine old-fashioned notions of national sovereignty and patriotism.

There are 22 members (page 183 WEForum pdf) of the Council on the Future of Media. In addition to Mitchell and Morgan, American members include:

There doesn’t appear to be one identifiable conservative member on the list. Of course, everyone on the list is a certified objective media professional, neither liberal nor conservative. Just ask them.

Boko Haram and the deadly crises in ...