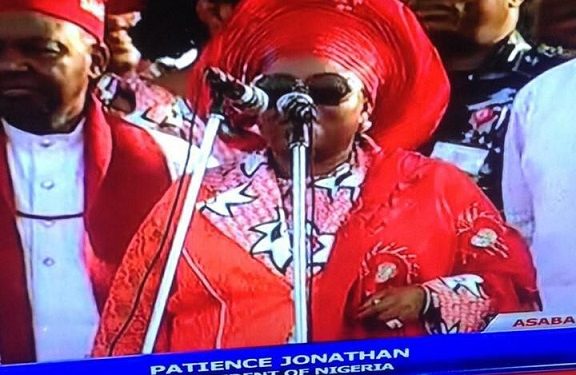 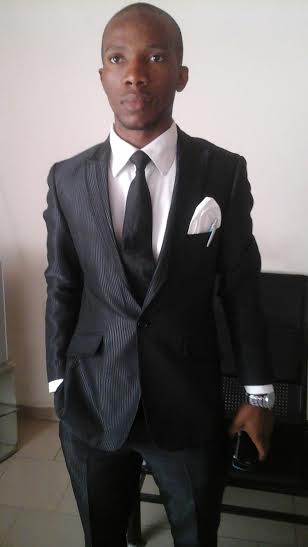 I hope all is well with you and your family? Let me begin by apologising for conveying this message to you through this medium. If it were possible, I would have preferred to converse with you directly to obviate the public backlash that may likely be occasioned by this open letter.

However, I just had to perish the thought of communicating my concerns to you ‘one on one’ owing to the unbeatable protocol associated with you and the countless combat ready armed security officers that follow you all the time except maybe when you are passing feces or attending to your conjugal obligations. That is if you still have time for that given your deep involvement in state affairs. Let me also apologise for the frequent use of the pronoun ‘I’ in this letter. It is not indicative of ego or self – glorification but unavoidable in view of the very nature of this piece.

Madam, be rest assured that before writing this long innocuous letter, I had dispassionately ruminated over the possible consequences of an ‘ordinary’ citizen like me engaging the most ‘vociferous’, powerful and dreaded woman of the most populous black nation on earth. I equally adverted my mind to the fact that you are not only a married woman but the wife of the President and Commander – In – Chief of the Armed Forces of the Federal Republic of Nigeria. I did that because in my culture, it is not permissible to express perceivable insolence towards a married woman.

Let me quickly state that this cultural immunity is not rigid. The immunity is liable to be disregarded, taken away or waived. When a married woman exudes total contempt for acceptable cultural, moral, ethical and legal prescriptions and standards without reference and regard to her marital status she is deemed to have waived this immunity and will be treated like any other person. Madam, as someone who aspires to be with God in Heaven on the last day, can you honestly say that your public conduct and utterances entitles you to this cultural marital respect and immunity?.

Just in case you are oblivious of the non – recognition of the office of the First Lady by the 1999 Constitution of the Federal Republic of Nigeria (as amended) and by any other law in Nigeria, may I humbly put you on notice that a ‘First Lady’ whether of Nigeria or of a state of the federation is and remains and unconstitutional being. It is a creation of the society and the political class not law.

Being the wife of the president or governor does not make one a public officer; it does not confer any legally cognisable privilege or right. You were quoted by a section of the media sometime ago while deprecating your state governor, Mr. Rotimi Amaechi for demolishing waterfront settlements in Port Harcourt as saying that you are “the highest political office holder from Rivers State”. If indeed you said so, then something is wrong. If you doubt my submission, please consult your lawyer for legal advice.

Whatever respect and recognition is accorded you and wives of governors by other citizens of this country is purely out of courtesy. It is not because they stand to lose anything if they don’t respect you. It does not also imply that they regard you as anything more than what you are; a woman that happens to be the wife of the president. Recall that Nobel Laureate Prof. Wole Soyinka had admonished you in the past to first be a lady before being a “first lady”. He also described you as a “mere domestic appendage “. Mr. Soyinka actually spoke the minds of millions of Nigerians especially we the “collective children of anger”.

Madam, in the past few days, you’ve been polluting the already murky waters of our politics with inciting, reprehensible and nauseating utterances targeted at an individual that has not offended you in any way; an individual whose only ‘transgression’ is his patriotic aspiration to rescue our nation from the very agonising precipice that your beloved husband has taken it to. This man to the best of my knowledge has never said anything offensive about you. His wife, has never disparage your darling husband.

During one of your recent needless campaign tour(s), you reportedly described the presidential candidate of the opposition All Progressives Congress ( APC ), General Muhammadu Buhari  as “brain dead”. An unfortunate outburst that has been upheld and reiterated by the spokesperson of your husband’s second term campaign organization, Mr. Femi Fani-Kayode who is presently standing trial on corruption charges. Haba Madam! Is it not you that is called ‘Mama Peace’? Are you no longer the founder and president of the African First Ladies Peace Mission?. So why instigate violence and rancour? Why are you making statements that are capable of derailing our electoral process?

It is widely reported in the media that you are at war with the governor of your husband’s home state, Bayelsa, Mr. Seriake Dickson. We understand this cold war has adversely affected the electoral fortunes of your husband in the state and there appears to be no sign of resolution at the moment. Cases of political rivalry abound in other parts of the country because of your meddlesome and autocratic actions in the politics and affairs of this country.

Please do not get me wrong, it is not my wish that you or the future wives of presidents and governors of this country be confined to the kitchen. Indeed, I am an advocate of women emancipation. I don’t subscribe to any kind of gender discrimination because we are all children of God with fundamental right under Constitution. I believe that women have equal leadership capabilities with men and should not be relegated in politics.

However, in saner climes, first ladies only play ceremonial roles. They don’t arrogate governmental powers to themselves to the detriment of their country. So why is your case different? Is it because your husband has contributed in making Nigeria a lawless nation where anything goes? Or could it possibly be because one dishonourable member of the Rivers State House of Assembly referred to you as his “jesus christ”?

Dear first lady, you are not the first woman on planet earth whose husband is privileged to be the president of a country. Others were before you, and many will be after you. So there is nothing peculiar or spiritual in being the wife of the president of a country. I am emphasising this point because it’s time you stop tormenting the soul of this country. It’s time you retrace your steps and retreat from your inglorious war of attrition and campaign of calumny against weak and innocent people. Why should Lagos, Rivers and other states be shut down because of your visits? Why should innocent citizens be subjected to untold hardship because of your movement(s )?.

God forbid that I should willfully set out to crucify or denigrate you. If not for anything, you are old enough to be my mother. But I cannot imagine a woman that gave birth to me recklessly exercising totalitarian, absolute and arbitrary powers at the peril of innocent people simply because her husband is the president of the country. No self – respecting woman will act and talk in a manner capable of portraying her husband as weak and irresponsible.

There is a school of thought that postulates that the wife of a president is the ‘mother’ of the nation. Supposing that postulation is plausible and tenable, then you’re the mother of Nigeria. If that is the case, please treat other citizens as your children. When a child is hungry ( as Nigerians are ) it is the duty of a responsible mother to give them food not sorrow, tears and stones. Please, I urge you in the name of whatever you venerate to treat and address people with respect and dignity so that they can reciprocate same.

Always be mindful of the fact that Nigeria is greater than the first family. It is greater than Dr. Goodluck Jonathan. Without Nigeria, there will be no country for your husband to lead. And without your husband you will not be the wife of the president. Also, please take out time to appease those you have wrongly hurt these past years because your days in Aso Rock are numbered. Nigerians are tired of the lies, excuses and failings of your husband.

Nigerians are not prepared to tolerate another four years of the locust. In 2011, your husband told us the story of his humble and undignified childhood; that he had no shoes. We were seduced, we voted for him in the hope that he will appreciate the historical significance of his election. Instead of paying us back with responsible and God fearing leadership, he took away our tattered slippers and gave it to the dogs. Now again, he thinks his ethnic, religious and hypocritical messages will secure him a second term.

Chai, there is God ooo!

Inibehe Effiong is a Human Rights Activist and Convener of the Coalition of Human Rights Defenders ( COHRD ).