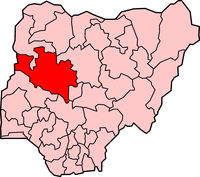 I write to commend your efforts for the giant strides you have made in the Niger state house of assembly since you assumed office as the Honorable Speaker and also to encourage you to do more. It is astonishing how the media decided to ignore the efforts the State Assembly has made under your leadership, especially in fighting corruption and checkmating the mismanagement of public funds by some selfish, unpatriotic individuals. Ordinarily, I am always very critical of political office holders, especially when they are not living up to expectations. I also find it difficult to commend their efforts no matter how hard they try in their various capacities. This is because they are elected to serve, and therefore need not to be commended for doing their jobs. But before I continue, let me make it clear that I don’t know this honorable gentleman, I have never met him before, and I need not to. I am saying this so that this letter will not be seen as just another sponsored political lepatata mambu (vuvuzela).

Recent happenings in the state compelled me to pick up my pen and write this letter, hoping to draw your attention and also the attention of the general public. It is a popular view that state assemblies, especially in the north are toothless bulldogs. The ordinary person sees them and the executives as partners in crime, as they always connive to milk their state treasuries dry. Executive governors and local government chairmen hardly take them serious too because they believe that they only need to settle them to get things done through misappropriation. State legislators are aware of this negative public perception about them and they are doing virtually nothing to redeem their image. As such, most state assemblies lack the moral standing to checkmate corruption and give fair representation to their constituents. But under your leadership we are beginning to see some rays of light which we hope will brighten the tunnel.

At this point, I also have a confession to make. For some time now I never take the Niger state house of assembly seriously, especially after the political brouhaha that saw the house producing three speakers within a space of seven days. This happened somewhere in May 2012, and it is a national record that will certainly remain unbroken for a very long time. Since then, I used to tell my friends that members of Niger state house of assembly are a bunch of jokers. For that, I stand to be corrected.

But just recently I overheard a friend saying that “two local government chairmen have been indicted by a committee of investigation in the Niger state house of assembly and subsequently suspended.” That really caught my attention, and I decided to find out more about the story. I made some enquiries through different sources, and my findings revealed that if not for the position which the present house leadership took, these two chairmen will have probably got away with their crimes. The details of the committee’s report that indicted the Borgu and Rafi local government chairmen may not be stated here, all due to lack of space, but their crimes have to do with serious corruption and mismanagement of public funds running into millions of naira. By this singular act, the Honorable Speaker has made a statement by his action; that business as usual is no longer a business! I commend the committee and the leadership of the house for being steadfast; but I also urge them to do more by ensuring that these two individuals are handed over to the Economic and Financial Crime Commission (EFCC) for further investigations and prosecution in a competent court of law. Not just that, I also urge the house to investigate the activities of the remaining Local Government Chairmen with the same vigor, zeal and on the same yardstick, just to make sure they are all clean.

Having said that, now that the bulldog has suddenly grown biting teeth, it is high time it stopped chasing rats in a pit-hole and start chasing the rampaging elephants in the wild. So, let’s take it this way. Firstly, how about education and the rot in state owned public schools? Yes, people like me will like to see words matched with action. The public are still very much interested in hearing the outcome of the report of the committee set up by the state house of assembly some months back to investigate the rot in the state owned public schools, which is to cover the three senatorial zones. Rumor has it that the report has been quashed on partisan reasons. It is high time we rise above any type of sentiment and work for the interest of the common man. Secondly, what about the imposition of Okada ban in Minna and environs without appropriate legislative backing, and at the expense of the poor masses? I urge the state assembly to quickly come to the rescue of teeming individuals who have lost their source of income as a result of this reckless copycat policy. Instead of banning Okada riders, I suggest the state government should strengthen their security operations outlets and save the common man from this artificially inflicted hardship.

Lastly, I call on all the members of the Niger state house of assembly to work harmoniously irrespective of their political affiliations to push the state to greater heights.