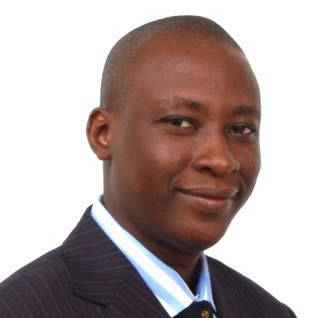 The supply side involves individuals and companies who are the bribe givers. While the demand side of corruption involves the potential bribe takers who are usually state actors like governors, commissioners, presidents, ministers, local government chairmen, permanent secretaries and directors at the Ministries, Departments and Agencies of the Federal and State Governments. The demand side of corruption also refers to state actors like members of the national assembly, state houses of assembly, local government councillors as well as state and federal judicial officers from the magistrate court to the Supreme Court.

For us to curb the level of corruption in the land, we must energize and fund the National Orientation Agency (NOA) and restructure the agency in such a way that it can partner or collaborate with religious bodies, NGOs and our development partners to aggressively educate Nigerians on the cataclysmic effects of corruption on the nation. The target of this enlightenment campaign must be the whole of Nigeria, from the urban to the rural areas. The goal of the campaign is to change the hearts and minds of Nigerians on corruption.

Nigerians must be informed through these enlightenment campaigns to be carried out in all our major languages that the reason why people die in road accidents, and in death centers called hospitals is because most of the funds that ought to have been used to build good roads and well equipped hospitals are being embezzled by corrupt government officials and civil servants. They must be made to understand that the reason why the police force has become the enemy of the people instead of the friend of the people is the endemic corruption in the police force. The reason miscarriage of justice and delays in resolution of legal matters is so pervasive in our society is judicial corruption.

Merely prosecuting the corrupt and sending them to jail will not reduce corruption significantly because of the collective action problem. Looking at it from an economic angle, to achieve imprisonments or jail terms will cost the nation billions of naira to accomplish because the EFCC and ICPC will need to spend that much on litigations, and the government will probably have to spend billions also on prison expansion and upgrading the capacity of our court system to cope with an expected exponential rise in the number of cases that will be filed once you add corruption cases to the existing cases. Ex ante the introduction of the deluge of corruption cases to the existing courts system the system was already over burdened and dispensation of justice has been extremely and painfully slow for decades to the extent that it takes on the average 20-30 years for cases to go through the courts from filing at the High Court to final judgment at the Supreme Court.

If a one-size-fits-all approach of just sending the corrupt to prison is adopted, the number of bribes coming from the supply side will reduce slightly, but the volume of money offered as bribes may be significantly higher even though there are slightly fewer cases of bribes. If the demand side is significantly reduced then significantly fewer bribes will be flowing to the demand side from the supply side. It is just like in cases of drug addiction. The more the addicts that are rehabilitated the fewer the hard drugs that will be demanded by the drug addiction market. The fewer drug addicts you have in a community the lower will be the amount of drugs that can be sold to them and the lower the volume of illicit proceeds of the drug trade that will be passing through the economy of that community.

Not curbing the supply side of corruption is dangerous for the economy because you will have a few powerful companies using bribes to dictate the direction of government policy with the singular goal of running their competitors out of town by engaging in anti-trust or anti-competition acts like price fixing, output reduction, sabotage, tying arrangements, predatory pricing and the like.

Not tackling the supply side of corruption also allows the role actors in the supply side to seriously undermine existing labor laws because of significantly lax enforcement of those laws by compromised regulators who are beholden to corrupting offers of bribe for business. It allows the role actors in the supply side to unduly influence lawmakers to pass legislation that are aimed at turning their organizations into monopolistic profit centers. It allows them use their bribery power to make telecommunication regulators, environmental regulators, food and drug regulators etc look the other way as they perpetrate evil and inflict injury and death on the populace with reckless abandon.

Not attacking the supply side head-on with demand-side reduction strategies will allow the role actors in the supply side manufacture or import into the country, substandard and harmful products. It will make the society a lawless and rudderless society of anything goes.

On the demand side of corruption, the NOA collaboration with religious bodies and NGOs will help change the culture of embracing and celebrating corruption to a culture of hatred for corruption and this will result in a major reduction in the demand side of corruption. The same rehabilitation strategy that is used in reducing demand for hard drugs by addicts in a community should be used in rehabilitating the mindset of Nigerians who have come to accept corruption as a an acceptable life style or standard of behavior. Massive nationwide enlightenment campaigns must be embarked upon to change hearts and minds. If the demand for corruption is reduced significantly the government will not need to spend as much as it would have had to spend in the absence of that reduction.

The NOA should be made to work with these organizations to set-up whistleblowers help centers equipped with call center equipment so that people can call in anonymously with tips about corrupt acts that may be going on in their various government offices so that the role actors can be investigated, prosecuted and jailed.

To achieve a significant reduction in the supply side of corruption, the government can sponsor legislation to require professional bodies like the ICAN, NUJ, NBA, NSE, ACEN, NIM, NIQS, MBAN, REDAN, CIBN, NICE, NSCHE, ANAN, CITN, CISN, APCON, NIPR etc to adopt a code for disbarring or suspending any of their members that are convicted of corruption by the law courts if the corrupt acts were carried out while discharging their professional duties. The law could also provide that any company convicted of corruption shall be blacklisted from being a government consultant or contractor for a certain number of years. The law could provide that when a company is convicted three times that company will suffer a permanent blacklisting from government business. The law should require that all national honors given to anyone convicted of corruption should be cancelled and the cancellation should be announced publicly. That legislation should also ban anyone convicted of corrupt acts from holding a seat on the board of a company or non-profit organization registered in Nigeria under the Companies and Allied Matters Act.

I agree that corruption is not fought on the pages of newspapers. I believe that for a war on corruption to be successful waged, an “all of the above” approach must be considered including in some cases the utilization of the death penalty for a period of time for severe cases of corruption involving sums above N1 billion.The adoption of the death penalty can later be reviewed downwards to prison terms based on the feedbacks the government gets back from the National Bureau of Statistics as to the effects these policies are having on the society. For instance, Netherlands and Sweden have been closing down a dozen or more prisons every year in the last 3 years because the number of inmates being admitted were plummeting annually. These nations did not get to that enviable position of closing down prisons for lack of convicted criminals overnight. Well thought out policies over time resulted in that outcome.

Nigeria can adopt the kind of strategies discussed in this article and set a target for a significant reduction in the level of corruption in the country. The time to act is now.