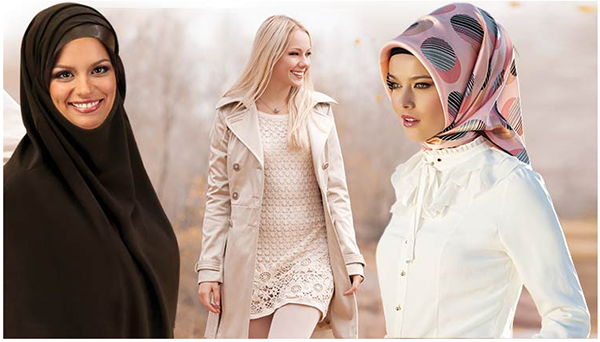 During the past few months, arguments about how to combine secularism and Islam in a compatible manner have been frequently brought up on the French agenda.

The thing that started these arguments has been a swimsuit design called “burkini” which covers the entire body of the wearer.

In August, numerous municipalities of coastal towns in France banned the use of this swimsuit. Pictures of armed French police officers confronting a woman sitting on a beach wearing a burkini became a topic of debate on social media.

Even though the State Council of France suspended the ban after a short time, these developments caused different reactions.

Some politicians of France described the burkini as being “dangerous”, “provocative” or “a symbol for radicalism”. Other milder critics claimed that it “disturbed the public order” and “was against the fundamental values of the society”; they considered it as a “disrespect to secularism.”

One of the reasons why the statements got harsher is that there will be a presidential election next year in France. According to public opinion polls, a majority of French people support the ban on burkini swimsuit.

Even though the burkini dispute is new to the French society, the origin of the disagreement dates back to 1980s. The issue started with some female Muslim students’ refusal to remove their headscarves and their subsequent suspension from school; it continued with the ban on headscarves and religious symbols in state schools in 2004, and it continued to this day in various forms.

The defenders of the ban claim that they are acting in accordance with the principle of secularism and French national values. On the other hand, with the French Constitution of 1905, church and state affairs are strictly separated from each other and secular education, freedom of religion, belief and worship is secured under the law; however, there is no regulation for clothing in the content of the law.

In other words, the bans issued on clothing are not based on the law’s actual text but on the interpretation of it.

France is known for being the harshest and strictest implementer of secularism among the Western countries. On top of that, this tendency has been increasing in the recent years.

Secularism is a fundamental value that is vital and uniting. It is a system that unites people of different beliefs and cultures as a society. It is the guarantee of freedom, peace, composure, stability and social justice. However, the interpretation of secularism as a harsh, loveless, obtuse and fanatical system can produce devastating results.

An oppressive model of secularism that aims to remove religion from social life is not fair or sustainable. Trying to forcefully impose this kind of model is a betrayal of the fundamental principles of the French Republic. It will give rise to hatred, polarisation and hostility in France where currently more than 5mn Muslims live.

French state officials and politicians should consider these facts and painstakingly separate the subject of secularism from the daily political debates.

The statements of certain government officials are also closely related to our subject matter. French Prime Minister Manuel Valls defends the ban and defines the burkini as the “the affirmation of political Islam in the public space”.

He states that “I would like us to be able to demonstrate that Islam, a great world religion and the second religion of France, is fundamentally compatible with the Republic, democracy, our values and equality between men and women”. According to Prime Minister Valls’ statement, a majority of French people are of the opinion that Islam is not compatible with the values of the Republic.

There have been some attempts to resolve the issue. In order to help the Muslim communities in the country successfully adopt fundamental French principles, the government is initiating an education and culture project called “an Islam of France”. French Minister of the Interior Bernard Cazeneuve and authorities are conducting meetings with Muslim leaders and opinion leaders to promote this understanding.

This is probably a well-intentioned but insufficient effort. Setting out with prejudices, intolerance, lovelessness, and most importantly with erroneous definitions will render the solution impossible. First of all, those who think Islam is oppressive and against the values of French Republic are all mistaken.

Those who cause this fallacy are the fanatics who claim that they are Muslims, but in fact act in accordance with superstitions and beliefs outside of the Qur’an. Radical organisations that would not let any opinion outside of their extremist ideologies and systems to exist are also paving the way for this fallacy.

The real Islam is completely compatible with the values of democracy, freedom, equality and brotherhood. Oppression and compulsion have absolutely no place in Islam. The Qur’an heavily preaches secularism: The following verses are the most beautiful definitions of secularism; “There is no compulsion (and oppression) where the religion is concerned” (Surat Al-Baqara, 256); “You have your religion and I have my religion” (Surat Al-Kafirun, 6); “Say: ‘It is the truth from your Lord; so let whoever wishes have belief and whoever wishes deny” (Surah Al-Kahf, 29).

In a society where the morals of the Qur’an are upheld, everyone has full freedom of belief, no one intervenes with others’ beliefs and everyone is a first-class citizen. The Qur’an is the source of democracy, freedom, love, respect, peace, brotherhood and equality, and it offers a model of secularism which can resolve all the issues of France where millions of Muslims live. For this reason, the best move for the French government would be to initiate an education programme that is based on the moral values of the Qur’an as soon as possible.

Harun Yahya has authored more than 300 books, translated into 73 languages, on politics, religion and science.