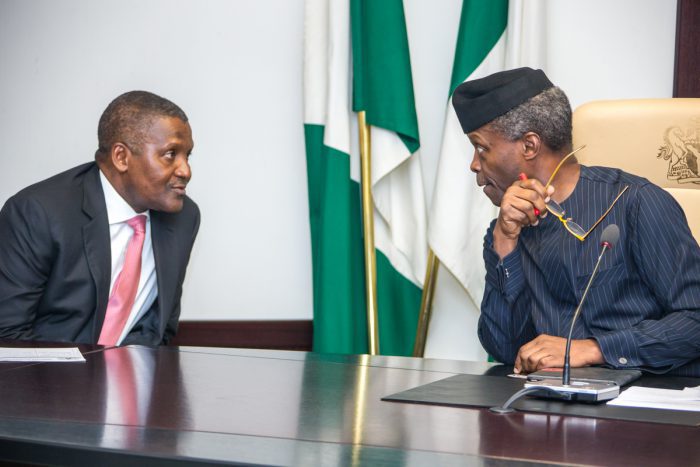 The Presidency has resolved to withdraw the nominations of Maimuna Aliyu and Sa’ad Alanmu, who were named to the board of the anti-graft agency, ICPC, aftermedia exposure of the fact they are being investigated for corruption, PREMIUM TIMES can authoritatively report.

The development was disclosed to PREMIUM TIMES, Saturday evening, by an authoritative presidency official, who volunteered to speak without being named.

“The two ICPC nominated commissioners being reported to be under investigation for corruption will be stepping down and won’t be members of the commission,” said the source.

Mr. Alanamu and Ms. Aliyu were two of the 14 persons nominated on Tuesday to the board of the ICPC, Nigeria’s second major anti-graft agency.

But the International Centre for Investigative Reporting, ICIR, on Friday reported that the two nominees are separately under investigations, by the police, the Economic and Financial Crimes Commission and the ICPC, for alleged corrupt practices.

While Mr. Alanamu is being investigated on corruption charges allegedly committed while he headed several institutions in Kwara State, Ms. Aliyu has a longstanding case of alleged abuse of office, misappropriation and diversion of public funds against her.

The ICIR reported that charges were already being prepared against Ms. Aliyu by the ICPC in preparation to taking her to court when her name was announced as a member of the new board of the commission.

Amid public worries about how the Mr. Alanamu and Ms. Aliyu scaled security screening to serve on the board on an anti-graft agency, despite the allegations of corruption they face, the spokesperson to Acting President Yemi Osinbajo, Laolu Akande, had earlier on Saturday told PREMIUM TIMES the presidency would ensure “prompt” and “thorough” investigation into the matter.

Later on Saturday, the ICIR reported, quoting government source, the nominees were named without any security clearance. They were reported to have picked from names already piled up for considerations for appointments to public offices.

A presidential adviser, Itse Sagay, had earlier advised the removal of both nominees if confirmed they are being investigated for corruption.

“If it is true they are under investigation, especially by the ICPC itself, definitely it will be improper for them to be on the board,” the law professor said.