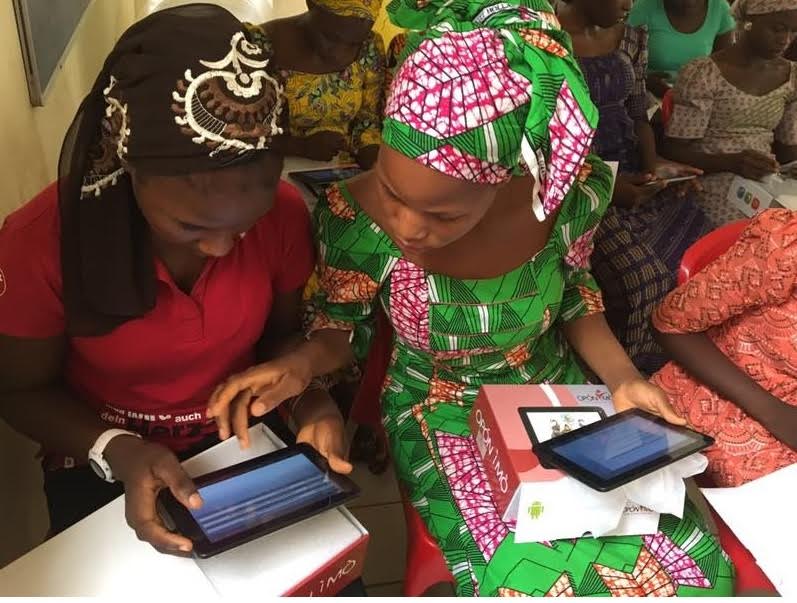 The State Government of Osun as donated Opon Imo ‘Tablets of Knowledge’ to rescued Chibok School girls towards their rehabilitation.

Recall the state government had in 2013 launched a revolutionary tablets of knowledge for senior secondary school students in Osun. 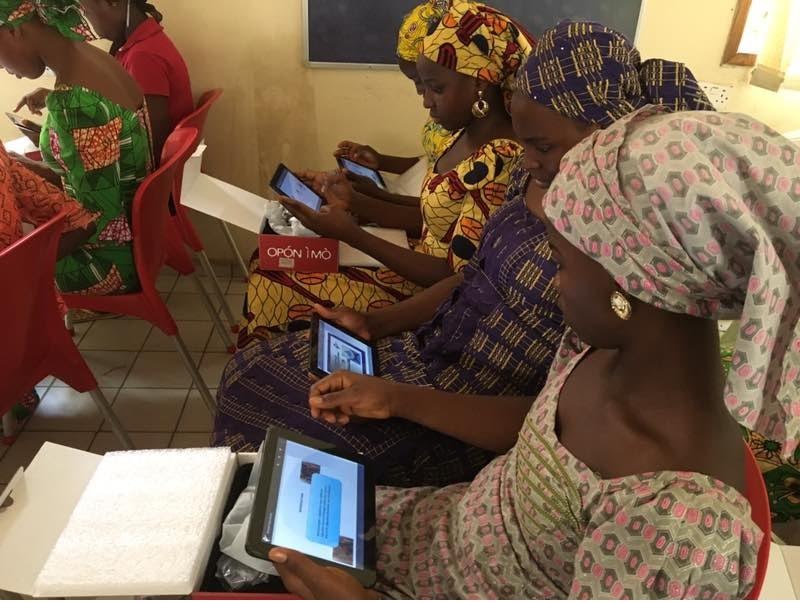 The programme has in the past 4 years placed a computer electronic device in the hands all student, some of which are from poor background and in rural environment where access to such devices would not have been possible.

Performance of students writing the WASSCE examinations has since improved year on year, culminating in a 46% pass rate in five subjects including Mathematics and English in 2016.

Please see below, images of the the Rescued Chibok School girls using their devices.