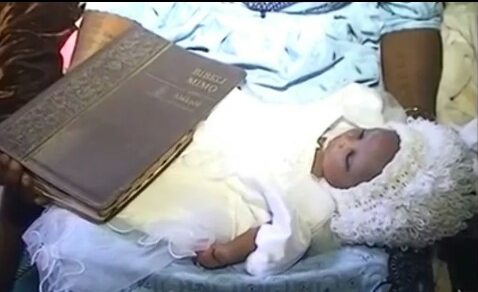 According to a report on NTA, a woman has allegedly delivered a Bible in Osun State.

The midwife who took delivery of the bible and the baby, said that the bible was initially small when delivered but started growing bigger and bigger shortly afterwards.

The baby followed suit shortly after the bible came out of the mother of four.