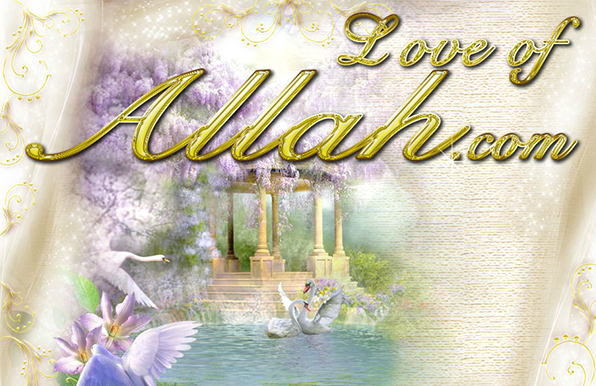 Anyone who recites the statement “La illaha illa Allah, Mohammeden Rasulullah” is a Muslim in the Sight of God and Muslims. However, in today’s societies, some Islamic countries make distinctions for those who belong to different sects of Islam.

This is mistaken because there are Alawis, Shias, Sunnis, and some other sects: If they consider people who only belong to their sects as Muslims and others as different or lesser Muslims, then it would be a grave mistake and it would only cause confusion in concepts. Thus, countries should not adopt such a policy but consider anyone from any sect as a pious Muslim. Believing in One God and embracing the teachings of Prophet Mohammed (S) should be the only aspect to count a person as being a Muslim. Calling others from different sects as believing in another religion is utterly mistaken. It would be a serious error to call it another way. Everyone is a genuine and complete Muslim, be they a Shia, Alawite or Sunni.

As we are all aware of, the real cause behind the strife in the Islamic world is disunity and what is to blame for that state of affairs is lack of affection. Each sect should evaluate the other sect through a brotherly bond. Leaders should send messages of friendship, respect and protection for other sects and it is of the utmost importance not to leave it only in the rhetoric but put them into action. Because when one party feels a dislike or exclusion from the other, then they will naturally keep up their guard against them and this will eventually lead to fragmentation. A Muslim is a Muslim no matter which sect he belongs to and his duty is to follow what God has ordered them in the Qur’an and to act like “well-built walls”.

As a Muslim from a country where the Sunni sect is dominant, I have great love and admiration for my Shia brothers. I love them dearly and I express my deep affection for them in my articles and interviews. When I hear there is oppression against them, I immediately stand up for them and do the best I can to defend their rights. I am also very honored to be given the opportunity to write in prominent Iranian media outlets to share my thoughts and my enthusiasm to prevent any conflict between sects. For this reason, I frequently touch on topics such as sectarian conflict and its devastating repercussions that we see each and every day in the Islamic world. I also inform people of the remedy to end this issue and that remedy is sowing the seeds of love for one another.  With these efforts, I am pleased to become a means to shape public opinion to draw the sects closer. Since political leaders act to satisfy their citizens’ wishes who vote for them, these thoughts will help them make their policies accordingly. Without the consent of public opinion, politicians would not dare to take a step and make opposite decisions. I have always been on the side of God and fear only Him and never feared the blame of any censurer. I have always used my conscience without holding any political side while sharing my opinions.  I believe it is my duty from God to strive in His Way and to ingratiate both Sunnis and Shias reciprocally as a religious obligation.

Love begins with humble steps, then envelops the entire world. Love is a strong power, which God has embedded in human nature.  Friendship always produces fruitful results and love is always the savior. Muslims, no matter which sect they are from, become pilgrims side by side around the Kaaba, as we praise and express our love for God together. A love for Prophet Mohammad and Ahl al-Bayt is deeply and permanently stamped in our hearts. We also share a deep and profound love and loyalty to Imam Ali (AS) and his two precious sons, ‘the sayyids of the People of Paradise’. Our beloved Prophet (S) loved Imam Ali (AS) dearly. Ali was the second person to accept Islam when he was only ten years old. He naturally grew up to be one of the most beloved companions and friends of our Prophet (S). Imam Ali (AS) has always been very special to Muslims of the world. He was incredibly pious, strong, and reliable and his heart burst with love for God and His Messenger. He once famously and single-handedly unhinged the gate of the Khybar Fort during battle. His passionate love for God and His Messenger helped him achieve this incredible feat, which would be normally impossible for a human being. His two sons, Imam Hassan (AS) and Imam Hussein (AS) were equally courageous, pious and strong who were true lovers of God.

In addition to their great achievements and contributions to Islamic civilization throughout history, our Shia brothers’ loyalty and love to Prophet Mohammed (S), Imam Ali (AS) and his sons had always been exemplary. Burning with the desire to fulfill the commands of God, many Muslim leaders throughout history have worked to ensure unity amongst Muslims. For instance, the great Persian King Nader Shah started an initiative to bring the Shia and Sunni sects closer; his efforts were greatly lauded and emulated by leaders in subsequent generations. Today, as the Muslim world is going through one of the worst episodes of its history, Muslim leaders once again see the urgency of ending this fragmentation. Of course, these conflicts within the Islamic world are occurring as a miracle since it is against human nature as nobody would want to fight, kill or bomb human beings. Yet, as a trial for Muslims, God is testing them to see how they would react. Good people appear in such situations. It is hard to keep peace, solidarity, friendship, joy, and peace of mind in such environments but we insist on supporting them incessantly. No oppression or any other constraints withhold us from acting with reason and love, in any case.

It is our holy book the Qur’an that teaches the foundation, philosophy and soul of love. Love is very precious and not something one can achieve easily. Paradise is also very precious and so is earning God’s good pleasure. If anyone could achieve love easily, then it would turn into simply an ordinary feeling. Love is a high and deep sensation and its knowledge belongs to the Qur’an. If we continue to persevere and keep love on our agenda, you will see we will prevail because we are created with love and for love. Mercilessness will fail and those who love will reign and it will be the “party of God” who will be ultimately victorious.