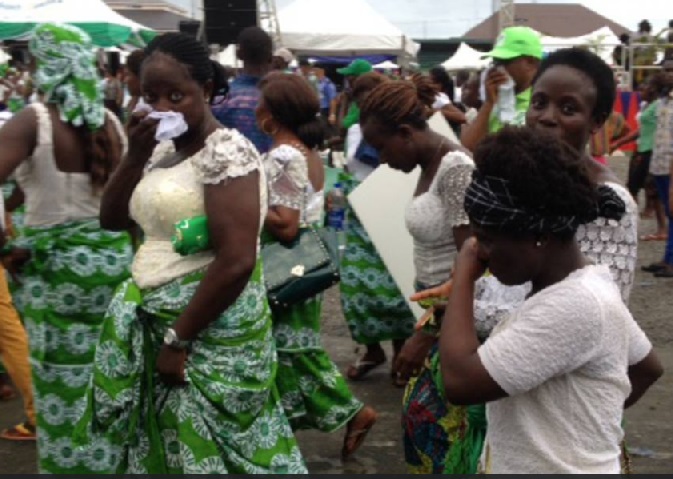 The hopes of thousands of women mobilized for the flag-off of the Millennium Development Goals (MDG) in Bayelsa state by Nigeria’s first lady, Patience Jonathan, were dashed as they were sent home with nothing yesterday after policemen tear gassed a couple of them. Some overzealous security operatives also used batons on the hapless women who were frustrated for being hoodwinked by Mrs. Jonathan to come for the “empowerment program” she had claimed was from the MDG, only to be confronted with a political rally for the president’s re-election.

One woman who could not hold her frustration and anger, Preye Dressman, said the whole thing was deceitful.

“We came from our communities since 5 a.m.; I have not eaten and stayed under sun and rain, and now they are sending us home with empty hands.”

A motorist, Stella Honesty, wondered why the President’s wife was coming to give Bayelsa women empowerment items to the people this late in her husband’s tenure.

She said, “Is it because general elections are around the corner? In fact, if I were some people, I will reject any empowerment. Where was she all this while? Some of us have refused to be deceived by this political gimmick. Look at the kind of suffering one is going through because she is coming. Must she create tension each time she visits anywhere? I have been trapped in this traffic logjam for a long time for a journey that would not have been more than 30 minutes.” Commuters and motorists who were trapped in the gridlock created by the visit were seen struggling to make detours. 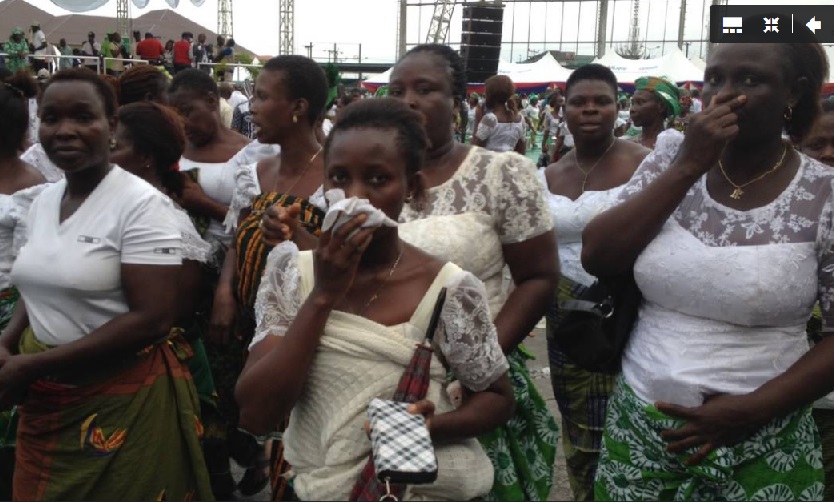 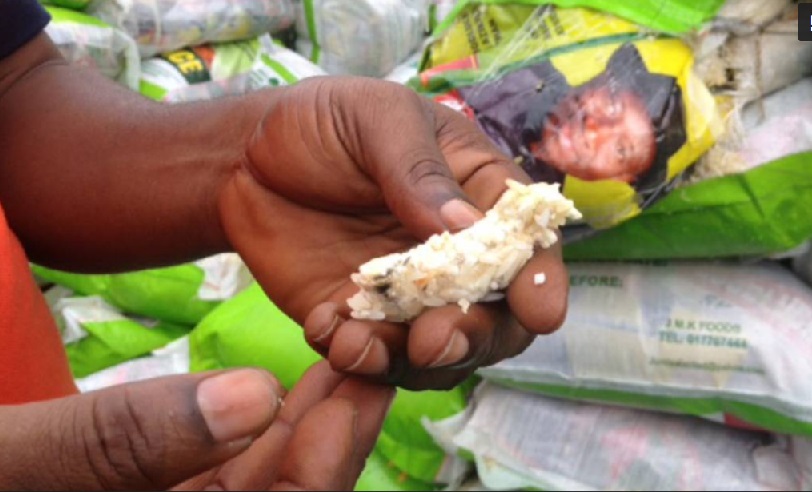 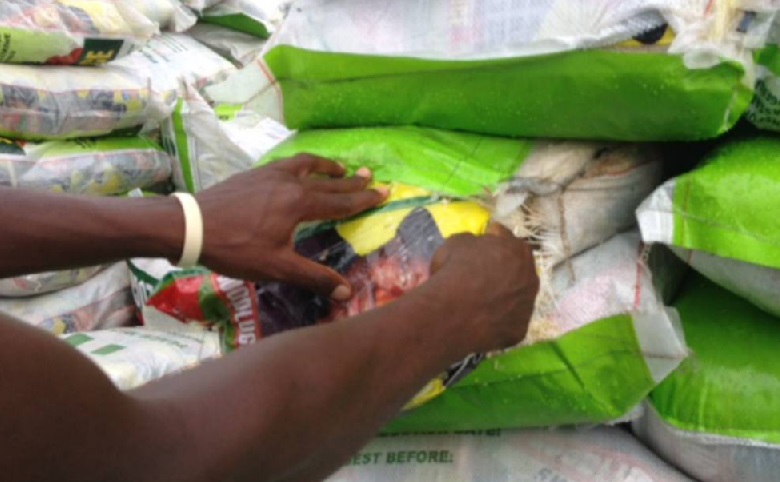 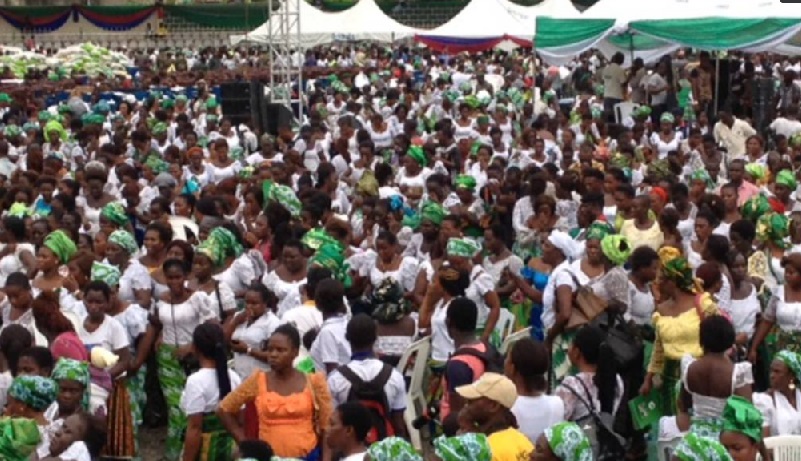 The MDGs, a United Nations benchmark which is aimed at eradicating extreme poverty and hunger for all citizens, became the basis for a political campaign ground for Peoples Democratic Party (PDP) and Transformation Ambassadors of Nigeria (TAN), a political group affiliated with President Jonathan’s re-election. Several bags of rice repackaged in bags branded with Mr. Jonathan’s photos, sewing machines, hair dryers, and tricycles known also “Keke NAPEP” were distributed to some at the rally. However, several of the women left empty-handed.

A cursory investigation showed that most of the items, especially food items, had expired, and most them were later diverted to Peoples Democratic Party politicians for onward distribution exclusively to their followers.

Mrs. Jonathan, who was formerly a civil servant in the state, resigned a few weeks ago even though she had never shown up for a single day of work before and after Governor Seriake Dickson promoted her to the position of permanent secretary.